The Dutch have the reputation of being one of the happiest nations in the world. But why? Is it the cheese? The altitude? The godforsaken rain?

Having observed this rare breed of happy humans for a few years now, I think I have uncovered the secrets of the Dutch mindset. Here is a Dutch guide to happiness but let’s keep it just between us. 😉

Dutch mindset: don’t get hung up on the details

If like me, you feel like your life is a huge mess (and it is 100% your fault), you may want to take a leaf out of the Netherlands’ book.

The Dutch don’t mess around. They don’t get hung up on complications and tackle every issue with poise and pragmatism.

This translates to their incredible time management skills. Efficiency is even applied to your lunch in the Netherlands. If you want to save time and focus on your goals for the day, try the Dutch diet: Take a buttered slice of bread, add a slice of cheese, and fold it up.

Repeat as necessary adding ham, or another kind of cheese or meat if you like to live dangerously. For breakfast, treat yourself to a buttered slice of bread with hagelslag (chocolate sprinkles) on top.

There is something very freeing (if not a tad insulting) in the fact that Dutch people do not care what you do. You could wear feathers in your hair or decide to only eat kale for a month (though I strongly advise you to reconsider) and nobody will say a thing.

You know how Americans always exclaim, “This is a free country!”? Well, the Netherlands is free-er. We’re talking about a place where weed is (semi) legal and prostitution is regulated; a place where you don’t need to be Dutch or to speak the language to be treated like an equal.

On top of this, the Netherlands has got to be one of the most accepting places in the world when it comes to the LGBTQ+ community. This is really a come-as-you-are country, and the Dutch rightly take pride in that.

The Netherlands is a land of tough individuals. The Dutch have no time for faff or making excuses. Yes, it’s raining, and yes, they will still cycle for half an hour to get to the meeting/party/classroom.

If the Dutch did let the dreadful weather get to them, they would never get anything done, having to hibernate through October to June. This goes against the go-getter spirit of the Dutch; sure, they will spend 85% of their time complaining about the weather, but they sure as hell aren’t going to let that ruin their life.

Go back to basics

Again, nobody cares what you do. Nobody worries about what you look like, so there is no point in dedicating extra time to make your hair voluminous — which the rain will flatten the moment you stepped outside — or wear a full face of makeup. Well, unless you don’t mind standing out. Remember, you do you.

The Dutch mindset in a nutshell? Chill. Not even celebrities in the Netherlands are harassed on the street. It’s a regular occurrence to see the prime minister ride his bike to work just like anyone else. The Dutch value privacy and personal space.

An increasing number of high school graduates take a gap year instead of jumping straight into studies they don’t feel 100% sure about. And if they do start studying a subject they don’t like, no problem. People change their minds (and their degree programme) without apologising for it. It is common for someone to be in their 20s (or older) when they start studying for their bachelor’s degree.

No pressure, the Dutch value life experience. There’s no need to have it all figured out; just don’t take things too seriously.

In every aspect of life in the Netherlands, you can apply this uniquely Dutch mentality. Their Calvinist roots influence everything from their lunch culture to their insistence on you paying them back for that 0.90 cents.

What do you think makes the Netherlands such a happy nation? Leave your thoughts in the comments below!

Feature Image: Sasha Freemind/ Unsplash
Editor’s Note: This article was originally published in November 2016 and was updated in June 2022 for your reading pleasure. 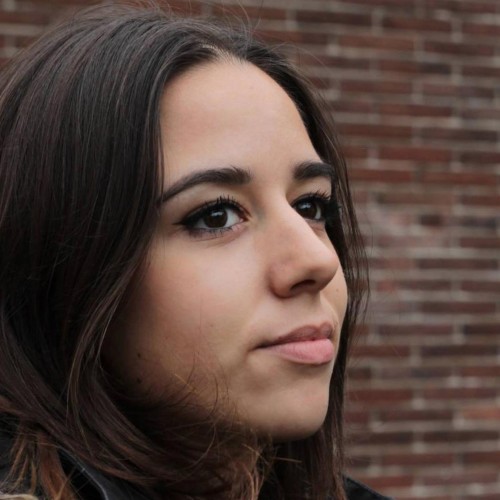 So, you’re on the hunt for the best clubs in Amsterdam — where the music is booming and the dancefloor is jumping. Well, you’re...