In defense of the Dutch healthcare system

A favorite topic of conversation among Dutch internationals is without a doubt the Dutch healthcare system. People will inevitably discuss how each and every ailment is treated with paracetamol (from birth!) and complain about the -almost- impossibility of getting a prescription for antibiotics. However, I wanted to contest those popular views and write about how grateful I am for the Dutch healthcare system.

Yes the system is not perfect, and yes, insurance companies have a lot of power but it is not for nothing The Netherlands has yet again ranked as the best healthcare system in Europe* and is the only country which has consistently been among the top three in the total ranking of any European Index since 2005.

Here are the reasons I will forever be in debt and loudly praise the Dutch healthcare system:

If it weren’t for the Dutch healthcare system neither of my children would be here, period. My husband and I went through long years of trying to figure out why we were not able to conceive. We tried all the natural remedies, we travelled, we prayed, we went through every single test you can imagine. In the end we were referred to a fertility clinic and after being diagnosed with “unexplained infertility” and several rounds of IUI (intrauterine inseminations, for the curious) we attempted IVF (ICSI) and were finally able to have our beautiful daughter four years ago. With our second daughter we had to go through treatment again (though no more testing). This time it took us 3 fresh IVF cycles and a frozen one to achieve pregnancy. We did not have to pay a single thing out of our pocket.

For reasons that remain unclear my first daughter was born extremely early, at 34 weeks. I had had a textbook pregnancy until then and there were no risk factors for premature birth. When my waters broke out of the blue and I had to be rushed to the hospital and put on bed rest with continuous monitoring until the birth of my girl everything was handled with outstanding professionality. My daughter then had to stay 3 weeks at the NICU while she reached a certain weight and learnt to suck and swallow.

For a week and a half of her stay, I was able to stay with her in the same room and the rest of the time we were able to see her 24 hrs. a day. As a premature child she had to have follow-up appointments with a neonatologist and a physiotherapist until age 2. I also received support from a lactation consultant pretty much since she came out and it was thanks to the advice and help I received that I was able to breastfeed her (in other countries they would just have said: “oh, she can’t swallow? She does not know how to take the breast? Here is the formula!”).

All the doctors, nurses and staff from the hospital were amazing. Kind, human, knowledgeable, available. I had panic attacks, I was going crazy. A young doctor doing his residency at the time spotted what was going on and went above and beyond (pediatricians are not supposed to help parents) and instructed me on how to handle them. The hospital was clean, the nurses attentive, we contantly got delicious snacks. Yes, really, even the hospital food was good. I remember that last meal before birth (grilled salmon with hollandaise sauce) and the first right after (the traditional “beschuit with muisjes” and vanilla vla, a typical dutch custard). And again, all of this was covered in full by the Dutch healthcare system.

I have since seen some friends or their families go through difficult health issues and they have all received excellent care.

You see, the Dutch healthcare system is social but not fully. That means (private) health insurance is mandatory but people in a low-income situation may apply for subsidies and a part of your salary is automatically used to pay for healthcare. So, you do have to pay a monthly fee of 80-100 EUR per person (for the simplest option), except for children (until age 18) who are fully covered (for free).

Whenever anything happens the trick is actually to get a referral. There is a thing called triage, from the French “classify” and essentially, I think this is what your doctor (huisarts) does. He sees you, makes you wait and suck it for a few days (with advice to drink a lot and take paracetamol) until you remain sick for days and days thus demonstrating that you are in fact sick and get a referral to a specialist. There are a lot of discussions about the power health insurance companies have over medical doctors and how this affects their decisions. Doctors have to follow guidelines and protocols** and depending on the diagnosis they may give X or Y drug (active ingredient).

However, in some cases a family doctor does not have access to the same medications as a specialist. State-of-the-art, newer types of treatment are reserved for specialists. For instance, once it has been determined that you are going through a bacterial infection and thus require antibiotics, you will first be given an antibiotic of lower spectrum, and only if such a treatment does not work will you be given an antibiotic of larger spectrum, keeping the big guns for complicated cases. The Netherlands is the country in Europe that uses the least antibiotics, according to data from the CBS. This is not actually a bad thing, given the imminent danger of disease caused by multi-drug resistant bacteria. 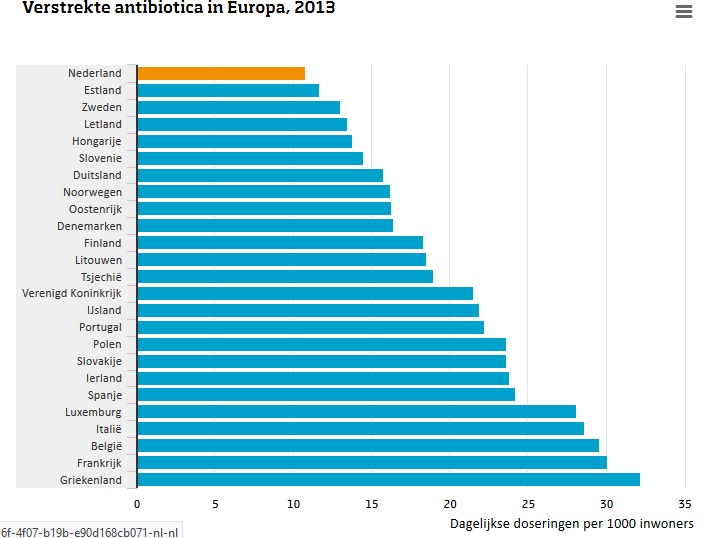 I remember the first thing my Pathology teacher said was “the natural progression of all illness is towards healing”. Medicine in The Netherlands is very conservative and only if they in fact observe that your body is not curing itself will they get proactive about it.

There is also a lot of cultural stuff going on here, I believe. In Mexico, (a classist society) where I come from, medical doctors are seen almost as semi-Gods because it is usually highly educated people who were able to study for long years and so whatever they say you do and it must be right. People look at doctors with a very paternalistic attitude. Medicine also tends to be more aggressive, if you are sick there are things that can be done and they will be done.

Sadly, there is also an economic factor: more treatment, more analysis and more surgeries also mean higher earnings for the doctor (and his friends/colleagues). In the Netherlands, the system being social, many decisions are based on complicated risk-benefit-cost analysis, looking at a population level, not at the individual. Your relationship with the doctor is also more equalitarian. You are his customer, if you want something, you should request it the Dutch way: loud, open and clear. (for more on this read Olga Mecking’s famous article “How to talk to Dutch Doctors so that they’ll listen”). If you are starting to feel ill, call to inform your doctor immediately because at least it will be in the system and 3 days later, when you really can’t go on, there will be something registered. The trick to getting good quality care is to get a referral, and sometimes you need to get pushy.

As a friend , a doctor currently in his residency, said: “in Holland you are healthy until proven otherwise”.

*According to the Eurohealth consumer index done by Health consumer powerhouse (a leading comparison for assessing the performance of national healthcare systems in 35 countries. The EHCI analyses national healthcare on 46 indicators, looking into areas such as Patient Rights and Information, Access to Care, Treatment Outcomes, Range and Reach of Services, Prevention and use of Pharmaceuticals.) https://healthpowerhouse.com/publications/euro-health-consumer-index-2017/

** These guidelines are accessible to the public and can be consulted at the NHG (Nederlands huisartsen genootschap). https://www.nhg.org/thema/nhg-behandelrichtlijnen 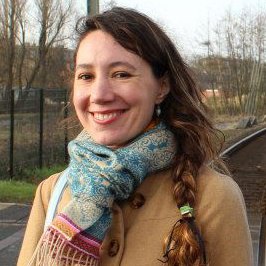