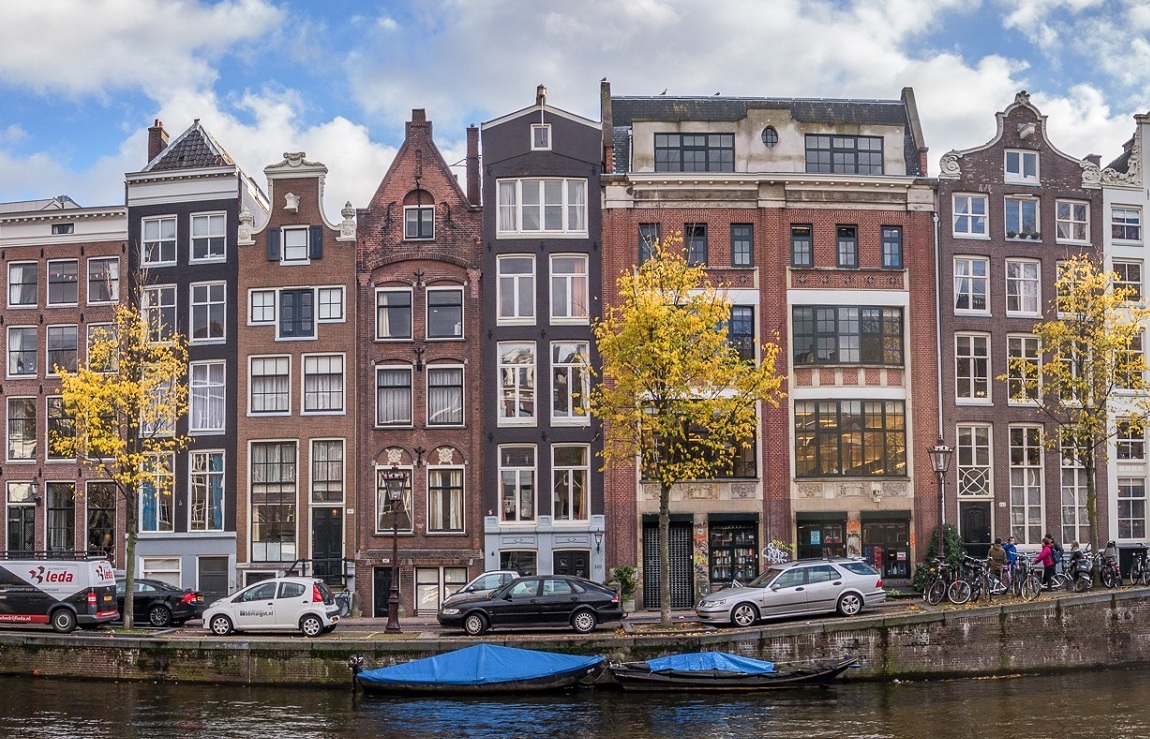 Coming from a small town of about 3000 people (plus 2000 cows) and growing up in a quintessential country farmhouse on 130 acres, I’m used to wide open spaces, no neighbours, and stairs that don’t require sucking in your stomach and shuffling sideways to get up them.

That is why — as you can probably imagine — adapting to life in a tiny apartment in Amsterdam (home to some of the tiniest apartments out there) was always going to take me a little bit of time to get used to.

I’m a positive bloke and I try to take things in my stride, but my girlfriend didn’t mention the fact I was going to have to play Tetris with my surfboards when I moved into her tiny Amsterdam apartment.

Looking down from the plane window at the carpet of lights below I knew it was going to be a bit of a squeeze, and a quick flick through the in-flight magazine confirmed my apprehension. “The Netherlands has a population density of 500 people per square kilometre”. Maybe I should’ve done my research before jumping on the next flight to Amsterdam. Especially considering Australia is about 3 people per square kilometre.

Where’s the rest of it?

To be honest, “barely enough room to swing a cat” was the first thought that went through my head. Just to clarify, for those that haven’t heard this phrase, it’s not to be taken literally. I don’t enter every apartment I intend to rent with a cat in hand that I proceed to swing in a counterclockwise motion by the tail so as to gauge whether the room is an adequate size.

All I’m saying is that when I entered my girlfriends tiny Amsterdam apartment for the first time, I did wonder if I was part of some kind of cruel “prank the newcomer” initiation conspiracy — like there was actually a hidden door behind the bookcase where the other three rooms were located. How naively optimistic of me right?

Making the most of the situation

But on the other hand, cleaning — the bane of my existence — is now a quick and pain free endeavour. Back home doing a once-a-month (ok, maybe once-a-year) clean of the house meant preparing for battle with spiders that essentially owned parts of your room. Yes Mr. Spider you can have my bed, I’ll sleep in the corner.

It also involved the whole Campbell clan (all six of us) and usually took two whole days, or to be more specific, my whole weekend. Now, a 10 minute whip around the apartment is all it takes to have everything looking spotless.

Another blessing that comes with moving into a pint-sized apartment with your significant other is the fact that arguments (or “robust” discussions as my Dad calls ‘em) are now resolved pretty bloody quickly. There’s no chance of having a disagreement followed by (my) retreat back to a bunker of broody solitude. When you practically live in each other’s pocket, you need to identify the problem and hash it out like the semi-civilised adults.

I’ve now also turned into some kind of prodigal MacGyver when trying to utilise furniture for multiple purposes. What some may see as a bland looking office desk, through my eyes becomes a place to do puzzles, a home entertainment platform and dining room table all rolled into one. Eat your heart out Ikea.

Looking back on it all, if you’d asked me a year ago if I could survive in a tiny Amsterdam apartment I’d most likely answer, “Could Bigfoot live in a shoebox?”

Turns out… he can.

How do you find living in Dutch apartments? Are you a bit cramped too? Let us know in the comments below!

Feature Image: Skeeze/Pixabay.
Editor’s Note: This article was originally published in February 2016, and was fully updated in October 2020 for your reading pleasure.