Natural ice skating in the Netherlands: where to go and what to bring

Do what the Dutch do best. Grab your skates and hit the natural ice rinks! Here’s all you need to know about natural ice skating in the Netherlands.

You may have heard that the Dutch are big fans of ice skating. When there’s snow and ice, you will most definitely find the Dutch on the ice. Get involved by putting on your skates down at the natural lakes just like all the true Dutchies do!

Where are the natural ice skating rinks in the Netherlands?

Natural ice skating is possible between the months of December to February when it’s cold enough for shallow waters, lakes, and canals to freeze over. Some farmers even flood their fields in order to allow people to ice skate on them.

Beware! It’s not always safe to skate on your local lakes, which is why you should keep an eye out for where it’s safe to skate naturally in the Netherlands.

Sprint is an app that the KNSB created: the authority for the field of natural ice in the Netherlands. With Sprint, you can find which natural ice skating rinks in your area are okay to go to (fingers crossed! 😉).

Another option would be to follow a crowd who might be ice skating on the canals. The canals freeze when temperatures stay at -4 degrees for four consecutive nights. The municipality will then give the go-ahead to safely ice skate down the endless canals.

Here are a few websites to inform you of natural ice skating news, weather, and information around the country.

Where can you buy ice skates in the Netherlands?

If you want to ice skate on natural ice, you WILL need your pair of skates. You might be able to find them at a sports shop such as Decathlon, which provides a wide range of them at reasonable prices.

If not, you can always go to your local indoor ice rink arena and rent a pair for a few hours.

Natural ice skating has its perks but being prepared before gliding on ice is always a wise idea. Here are some things you shouldn’t forget before exposing your ice-skating moves to the public.

A no-brainer, really, but warm clothes with lots of extra layers. A thermal shirt will undoubtedly keep you warm, but also thick, thermal socks, gloves, a scarf, and a beanie will ensure you won’t catch a cold. In the case of extreme freezing temperatures, put on some windproof clothing, a ski mask, and a pair of ski goggles.

All that ice skating will get you hungry and thirsty, so make sure you pack plenty of food and drinks. Think sandwiches, a thermos for hot drinks such as coffee or chocomel (hot chocolate), and a towel or blanket to enjoy your hot chocolate on.

Make sure to bring a first-aid kit, or at least a few plasters if you’re clumsy (don’t worry, it gets the best of us). Better to be safe than sorry, right? 😉

Plus, knee protectors, wrist guards, and most importantly, a helmet. True, it is not very Dutch to wear a helmet, but safety should always come first for a the newbie on natural ice.

If you’re not a big fan of skating on the raw ice of the Dutch lakes or canals, you can[td_smart_list_end] always visit an indoor or outdoor ice rink to enjoy the feeling of being on the ice.

Let’s not waste any more time! Here are 5 ice rinks that we recommend:

1. Jaap Eden: this rink is named after Jaap Eden who was a famous Dutch athlete admired for his speed skating skills. It covers 400 meters of ice, making it the biggest arena in Amsterdam. Jaap Eden offers ice skating lessons for those of you who are keen to learn how to skate.

2. Ice* Amsterdam: open till the start of February each year, this ice skating rink on Museumplein is a great place to meet up with friends and family and enjoy an excellent ice experience.

3. Schaatshaal Leiden: an ice skating rink in the cosy city of Leiden. There is an inner track and an outer track of about 220 meters. This rink provides ice skating lessons and hot a hot cup of chocomel! ☕️.

4. Ijsbaan Haarlem: this ice rink in Haarlem is excellent for the new skater and for those diehards out there (respect). It’s open till late March.

5. Schaatsbaan Rotterdam: this ice rink in Rotterdam is one to put on your priority list! Many ice skating activities are possible for both youngsters and adults.

After a long day of ice skating, the Dutchies traditionally like to enjoy a warm drink, poffertjes (those mini pancakes with melting butter and sugar on top). Some even grab a typical Dutch pea soup. These types of hapjes (snacks) are, thankfully, served close to the ice rinks.

The Elfstedentocht or the Eleven-Cities ice skating tour

If you sit with the Dutch crowd, you will hear all sorts of stories of the Elfstedentocht. It’s more of a historical ice skating event for them, perhaps because it rarely occurs. Journalists from all over the world travel to Friesland to catch a glimpse of the race. So pop on by!

It takes place in the province of Friesland in the north of the Netherlands. The tour is held once yearly and only when the natural ice along the entire length of the course is at least 15 centimeters deep.

Unfortunately, this race is rare. It has only been completed 15 times since its official start year (1909). The last one to occur was in 1997. Efforts were made for a race in 2012, but due to safety issues, the event was cancelled.

Which is your favourite natural ice skating rink in the Netherlands? Tell us in the comments below.

Editor’s Note: This article was originally published in March 2019, and was fully updated in December 2022 for your reading pleasure 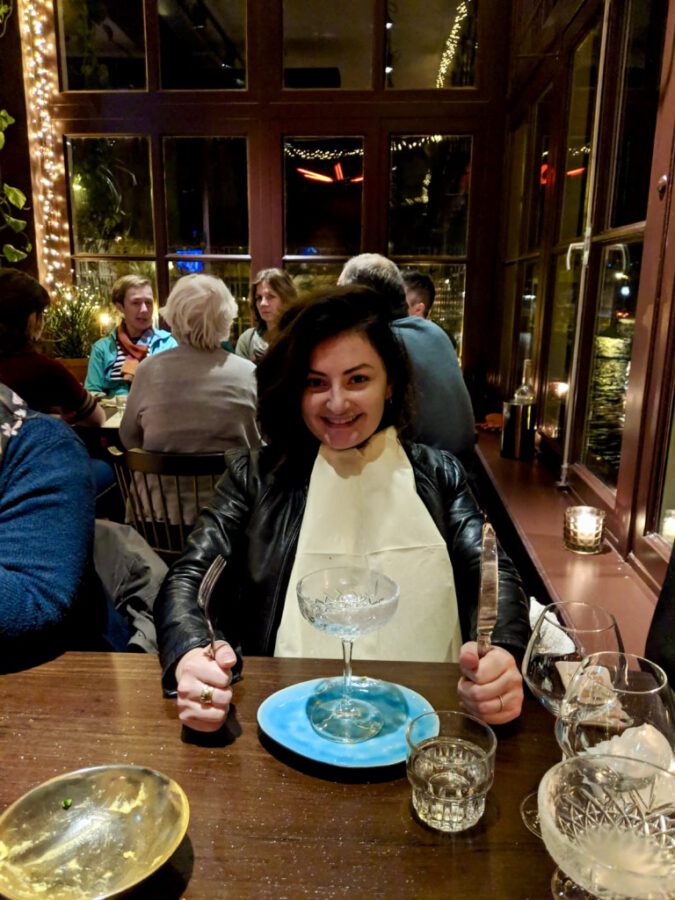