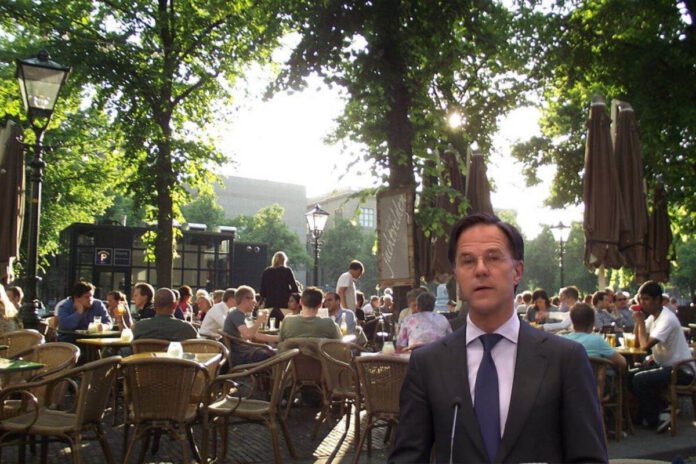 Over the past two weeks, the Netherlands has enjoyed a number of relaxations. Prime Minister Mark Rutte and Minister for Health Hugo De Jonge have addressed whether the country will relax its coronavirus measures further.

The cabinet had hoped to enter step two of their five-step plan to relaxing measures today. However, this will not happen just yet. This delay in the government’s plan was expected. News outlets have reported throughout the week that we are not likely to see any further easing for now.

However, according to sources in The Hague, it was speculated that the Dutch cabinet will go ahead with some further relaxations next Wednesday, May 19. Rutte has confirmed these relaxations but on one condition.

Next round of relaxations postponed until May 19

During the previous press conference, the Dutch government introduced a five-step plan to gradually reopen the country. On April 28, many terraces opened between 12 and 6 PM, third level education began the process of welcoming students back into the classroom, and we waved goodbye to curfew and shopping appointments.

The prime minister explained that according to advice from the Outbreak Management Team (OMT), the cabinet should only go ahead with step two of relaxations if there are 20% fewer infections in Dutch hospitals. However, the government believes this will be achieved by next week.

As a result, the government will now push back the second step by a week to May 19, with the intention of allowing gyms, zoos, amusement parks, and music schools to reopen. However, the relaxations do not end there.

From Wednesday, May 19, terraces will have extended opening hours. They will be allowed to remain open between 6 AM and 8 PM.

Terraces of sports clubs will also be allowed to open once again as long as they abide by measures.

Sport facilities open for over 27s

In line with gyms reopening, people over 27 will now be able to sport again in a group outside. However, there are a number of conditions that remain. A max of 30 people will be allowed to take part in outdoor activities and no audiences will be allowed.

Indoor areas of gyms will also reopen. People will have to book appointments in advance and socially distance. A maximum of two people can book together and pools will only allow one or two people at a time.

The cultural sector will also see some relaxations. Open air concerts, theatres, and dance/music schools can reopen once again, participants will have to register.

Zoos and theme parks may also open their outdoor facilities with a maximum of two visitors above the age of 12 per booking (those under 12 will not be capped.)

No more social distancing in schools?

In the education sector, the government is considering removing the 1.5-meter social distance measure. However, a decision has not yet been made on this. It’s expected on May 25.

However, should infection numbers begin to rise again, the cabinet will implement what they are calling the “emergency brake option.” It is not yet known exactly what this option entails, but the cabinet hopes to have it ready and waiting by next Monday.

The government will now keep a close eye on the number of coronavirus infections and hospital admissions within the next week. This week, the RIVM reported 47,108 new infections a slight drop from the previous week’s 52,987.

On Monday, if the hospital numbers have dropped by at least 20%, the Netherlands will see these relaxations come into play. However, if not, the emergency break option will be implemented. But Rutte also added that if it’s 19% they might just relax too, it’s the hospital admissions trend that matters.

From May 15, colour codes will be used once again by the Ministry of Foreign Affairs to denote the risk status of different countries. Code red denotes high risk, code orange denotes moderate risk (but people may travel if necessary), and code yellow will denote that the risk is low (meaning people may holiday here.)

However, De Jonge warns that those who want to book holidays to code yellow countries should bear in mind that these codes may change by the time their holiday comes around. He also points out that for some countries, the Netherlands may be classed as high risk, meaning that quarantine would still be mandatory.

In June, De Jonge has confirmed that the Netherlands will bring in the “EU digital green certificate” which can be used to indicate if a person is safe to travel (due to either having been vaccinated or having previously had coronavirus.)

If everything goes to plan, on June 2, the Dutch cabinet will then move on to step three of their five-step roadmap to relaxation.

What are your thoughts on the relaxations? Tell us in the comments below!

Previous articleWeekly update: numbers drop, vaccinations are going up (but will it be enough to relax?)
Next articlePfizer uses Netherlands to shield billions in profits from tax

It’s the third Tuesday of September. On this Prinsjesdag, King Willem-Alexander delivered his annual speech from the Hague with a...