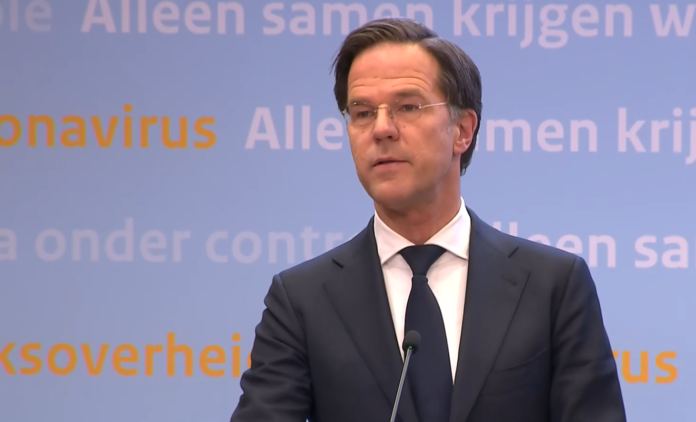 Prime Minister Mark Rutte and Minister for Health Hugo De Jonge have stepped in front of the press once again to address the Dutch government’s ever-changing decisions when it comes to coronavirus restrictions.

Part of the reason for the decision to prolong restriction measures is said to be due to continuing pressure on Dutch hospitals.

Rutte began by pointing out the disparity between the world outside of hospital doors where people long for a relaxation of measures, and the world inside Dutch hospitals, where workers and patients continue to struggle.

Last week, the Dutch Association of Hospitals said that it was bemused by the cabinet’s plan to relax measures.

A long and flat peak

The Dutch cabinet planned to ease restrictions once the Netherlands had seen itself through the peak of the third wave. However, in spite of the RIVM’s hopes that the peak would be short-lived, it seems to be more of a sprawling field and less of a short and snappy mountain top.

In the past week, we saw both a hopeful drop in infection numbers, followed by a slight rise once again. Tonight, Rutte said that “once we’re past the peak of the third wave we can start relaxing measures.”

Potential room for relaxation on April 28

The next date that we may see measures relaxed is April 28, however, Rutte strongly emphasised that this is only a possible date. The cabinet will make a decision on whether to go ahead with the relaxation on April 20.

However, the ministers did offer one small relaxation. On April 19, after-school daycare will reopen once again.

The Dutch government hopes to see restrictions eased significantly in time for summer to hit the Netherlands. Minster for Health, Hugo De Jonge, introduced yet another road map in order to detail these hoped relaxations.

Part of this step-by-step plan includes opening up education more, including universities and after school care. Relaxing measures for shops has also been discussed.

What does the Dutch roadmap look like? (For now)

Step 1: get over the peak

Once hospital admissions start to lower, the cabinet will drop the curfew and allow more than two visitors at home. On top of this, terraces and schools will reopen.

Two/three weeks after the above relaxations, zoos, pools and sports may see some relaxations. Sports especially will be a focus there

Four to five weeks after this, the Netherlands will see a drastic ease in relaxations for the summer. During which people will be asked to continue to wash their hands and maintain a 1.5-meter distance.

Whilst the roadmap has been offered, De Jonge emphasised that “dates are not certain, and thus not promises.” He also added it’s more of a direction than an actual concrete plan.

All over 60s vaccinated by mid-May

De Jonge also hopes to see all over 60s who want a vaccine, vaccinated by the end of May. This also includes those of all ages who are classified as high-risk.

Speaking on the recent findings concerning thrombosis and the AstraZeneca vaccine, De Jonge explains that the Netherlands needs AstraZeneca in order to see its over 60 population vaccinated.

The cabinet will also consider allowing younger people to receive AstraZeneca if they consent to it. However, they will only consider this once they have vaccinated over 60s so this will all take a few weeks.

De Jonge also took a moment to speak on the recent news that the Janssen vaccine has been stalled in the US due to a potential link to thrombosis.

“Vaccination is going as fast as we can, we’re getting more vaccines every day, but sadly AstraZeneca and Janssen are having unexpected side-effects…We also don’t know how everything around Janssen is going to evolve, just too early to say anything” the minister said.

General practitioners across the Netherlands are concerned about a low turnout for vaccinations, reports RTL Nieuws.

“In my practice, only 30% of the vulnerable group comes to get a vaccine,” says Rotterdam-based GP Matthijs van der Poel, adding that he then has to get rid of the unused vaccines. The turnout for vaccination, however, varies per region, and sometimes even per neighbourhood. Some areas report a turnout of 90%, while other practices experience only 50% of the patients coming to get vaccinated.

De Jonge indicated he still had high hopes for the turnout for vaccinations coming up above 80%.

What are your thoughts on the Dutch cabinet’s handling of the pandemic? Tell us in the comments below!