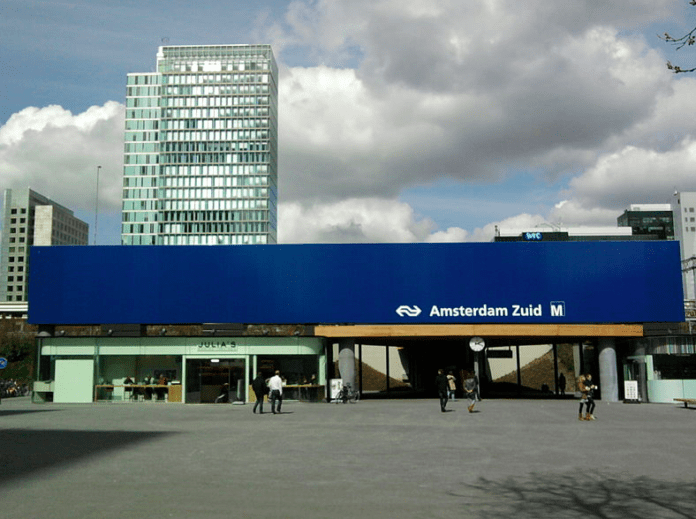 Due to the construction of an enormous rooftop for the new passenger tunnel between Amsterdam Zuid station and the A10 south, no trains, trucks or cars will be able to get through Amsterdam Zuidas from Thursday evening to Monday morning.

The city is asking people who usually commute through the area to work from home or take the day off- the situation is predicted to be that bad. There are other routes for cars to get around the blockage- the A5 and A9. However, they are not big enough to deal with the usual 10,000 cars per hour that usually pass through Amsterdam Zuidas each morning.

The closures are necessary because of the scale of the construction work. Both train tracks and roadway have to be removed, and then put back, to make the installation of the passenger tunnel roof possible.

The train tracks will be closed for a slightly shorter amount of time. They will be closed on Friday and Saturday, and will reopen with limited capacity on Sunday. Passengers will be diverted to Amsterdam Centraal, from where they can get to Amsterdam Zuid via the metro.

Will you be inconvenienced by this construction work? Let us know in the comments below.

Previous articleThe Netherlands is set to have the World’s First Self-Sustaining Eco Village near Amsterdam
Next articleDutchReview’s best of the best: October 2019