Trains to be overcrowded as NS work begins this weekend! (work from home folks!) 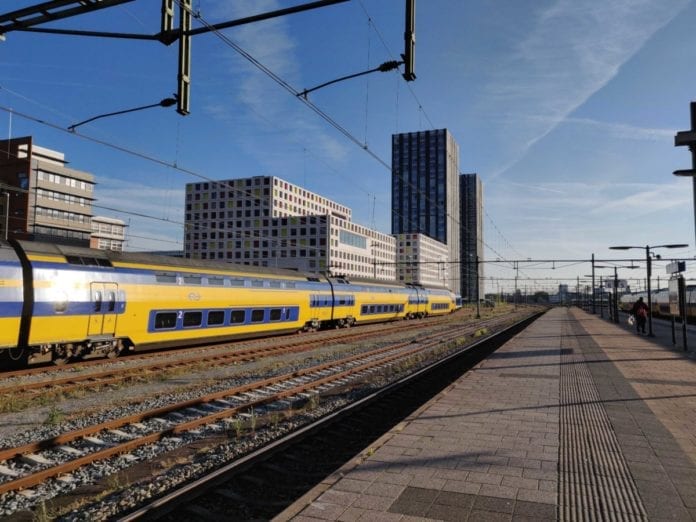 Between February 8 and 16, Leiden Centraal station will be under works, resulting in a disruption of routes throughout the Randstad (Utrecht, Amsterdam, the Hague, Rotterdam).

This will inevitably cause overcrowding, according to NU.nl, especially if you plan to travel during peak hours between 6.30 and 9:00 and between 16.00-18.30.

It’s unclear exactly what this disruption will look like, but what is clear is that no trains will stop at Leiden during the weekend. So if you were thinking of stopping by, don’t. And during the week, there is a schedule, but it’s messy. Not only will trains be cancelled, delayed or diverted but busses will also be affected and different routes will be used. So make sure to regularly check train schedules.

And still be confused:

The NS has ways to help prevent overcrowding, such as their reporting function to ensure that it happens as minimally as possible. Furthermore, it has dealt with overcrowding previously- take April 2019 when a broken overhead line between Weesp and Amsterdam-Zuid resulted in major delays and consequently major overcrowding.

To help the situation, commuters have been advised to use the Intercity direct between Amsterdam, Rotterdam and Schiphol, with the surcharge for intercity direct remaining in place. However, it is unlikely that this will have much impact on the crowd levels.

Peak hours are busy enough already, and no doubt altered trains will result in overcrowding of trains that do run.

Stay at home if you can

Travellers are therefore advised to travel during off-peak hours when the trains are slightly calmer or, well, work at home if possible, especially because bad weather next week won’t help circumstances.

Will your commute be affected? Let us know in the comments!

Previous article
10,000 Tikkie payments for under two euro made each day in the Netherlands
Next article
Storm Ciara: hurricane-like winds, wet and wild weather, and possible code red

Vedika Luthrahttp://hotchocolatehits.com
Vedika was born in India, raised in Poland and moved to the Netherlands to study. Like her nationality, she’s confused about what she likes most, which is why her bachelor’s degree was in liberal arts and sciences. She enjoys writing about all things food-related but likes to mix it up every now and then.

Time to find other ways to explore and commute in the Netherlands than the regional public transport, at least for...