The snow is arriving in the Netherlands and public transport will be affected! 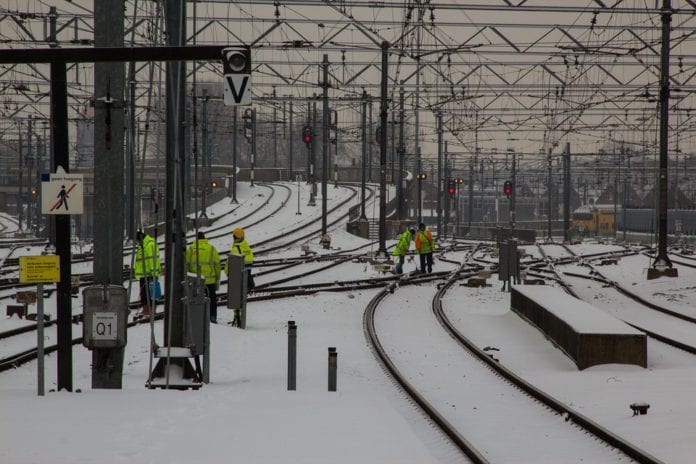 The snow is due to arrive in the Netherlands any time between now and the next couple of hours. It’s then expected to snow until mid-afternoon, where it will still remain cold, but the snow would have stopped. So – now it’s time for all of the important questions:

How much will it snow?

Well, it’s expected to snow for at least 6 hours and depending on where you are in the country, will depend on how heavy the snow will be. The south is expected to get deeper snow on this occasion. We’re looking at between 2-5cm for the country, so it’s enough to start some decent snowball fights at least.

How will the snow affect my travel plans?

Here’s the downside. The snow WILL affect all forms of transport today. In short: the roads are expected to be busier than usual (no keen cyclists today), Schiphol has already warned that some flights will be delayed (keep checking your flight if this is you today!) and fewer trains will be running (check 9292 or NS often).

If you are driving, there is a code yellow warning for road conditions. Snow ploughs and gritters will be on the roads throughout the day to help the conditions. NS is running an adjusted timetable to cope with the snowfall. For example, if your train usually runs every 15 minutes, this is likely adjusted to every 30 minutes. This will mean that these trains will be busier too (urgh, I know). So be sure to check your app just before you travel throughout today.

Can I ice skate?

Yes and no! It’s not been cold for a long period of time, so ice skating on the canals is out of the question as the ice isn’t thick enough, however, in shallow water it is possible. We’ll have more out on this later. 😉

Do you like this weather? Let us know in the comments!

With heavy thunderstorms hitting the southern-east part of the Netherlands, the province of Limburg is up against possible flood damage...