The flying Dutchies: 8 marvellous things about the Dutch and their bikes

Once on their fiets (bike), the Dutch own the road and it’s truly amazing to watch as you know in your heart it’s possibly the worst mistake to stand in their way.

Here are the eight most amazing superhero things the Dutch effortlessly do when it comes to biking. 🚲

Dutchies ride their bikes everywhere — no exceptions. Going to a wedding dressed in their finery on a bike? Of course! Why not? Especially since there’s no helmet involved. Because who said a bike can’t do what a car can.

2. One bike is never enough

Echt serieus! The Dutch own bikes like farmers own cows! You can easily find more bikes in a house than the actual number of family members.

READ MORE | How the Netherlands became a cycling country

It’s not abnormal for a Dutchie to own three bikes: one for everyday use, one for road cycling, and one as a backup — just in case the other two fail.

The Dutch really like to maximize their me-time. So they have their very own version of walking the dog: cycle the dog! The smaller dogs sit in the front basket, while the larger ones are leashed and run alongside the bike.

Finally, you’ve heard of putting your kids in a bakfiets, but why not put your fur-baby in a carrier of their own? A hondentrailer attaches to the back of Dutchies’ bikes so they can bring their dogs wherever they go. 🧺

4. Breeding the next generation of biking champions

Starting early? We think the Dutch invented it. I often see Dutch parents in the park, encouraging their toddlers who can barely waddle, to ride bikes of their own. I honestly think Dutch kids learn how to bike before they walk!

5. Bikes should be pretty too

The amount of money that the Dutch spend on their bike accessories is jaw-dropping. Dutch bikes are equivalent to a Batmobile, coming fully equipped with everything: storm umbrellas, baskets, grocery bags, bottle holders, extra lights, special lights, baby carriers, and a phone holder. They even accessorize their bikes when the weather changes in the spring and summer to celebrate!

Of course, when something is so dear to your heart (and wallet) you lock it up! You’ll typically find at least two to three locks on the average Dutch bike. Here’s another fun fact: the locks on a bike can sometimes cost half as much as the bike itself. 😅

Date a Dutchie and you will always be their second love (after the bike of course!) I wouldn’t be surprised if the idea of a fun date with a Dutchie would be on a tandem bike because forget the third wheel… not.

7. Texting on the bike

The Dutch should seriously coin a name for this one, because they make it look like the norm as they showcase effortless balance biking while texting, even in their high heels, jackets or corporate wear! That’s despite a ban on using a smartphone while cycling.

After all, it’s very necessary: after a hard night of partying, and especially after an Ajax game or New Year’s a huge number of bikes end up in canals — and someone has to get them out!

What do you think is the most amazing thing about Dutchies on their bikes? Tell us in the comments below!

This article was originally published in June 2018 but was fully updated in July 2022 for your reading pleasure. 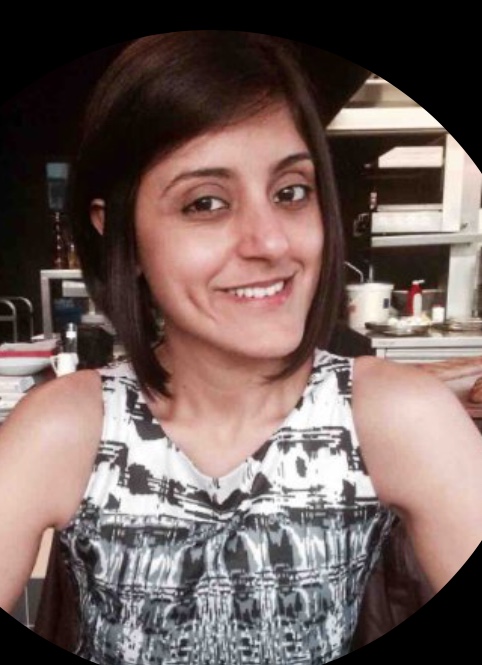 Sapna Jhuremalani
Sapna is a communications & content marketing professional. A free spirited dreamer bitten by wanderlust , with the desire to give culture one big hug! On a quest to explore and find hidden gems and capture them all on her lens!