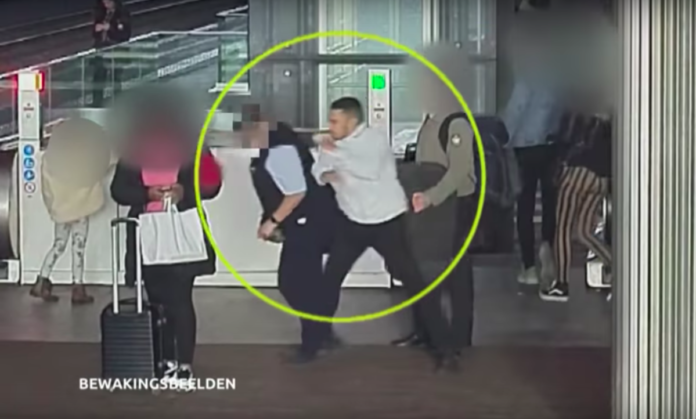 The police are on the lookout for the man who beat a 63-year-old conductor unconscious on September 28, reports NOS. Although the incident happened in Breda a while back, it has just come to light. They have released surveillance footage where the man can be clearly seen.

The man in question was on the international train from Brussels to Amsterdam. He was travelling without a valid ticket. The conductor seized his fake one and asked him to buy a new ticket at Breda Central Station. As she got off the train for a break at the station, the man followed her and hit her very hard on her head.

The offender is a 35-year-old man who is said to have a Flemish accent. He is short (1.65m) and was wearing a white jacket and black pants, reports NU.nl. He has short, black hair. He quickly fled the scene of the crime at around 6:30 pm.

The surveillance cameras were able to record the whole incident, but do know that the video contains disturbing images and violence.

If you have any leads or tips, you can pass them over to the police through here.

While many of us have been busy booking flights for the holidays, the National Institute for Public Health and Environment...