This is it guys. This is the big one. We’ve been warned by meteorologists about today for over a week. They’ve been expecting we will crack the 40°C mark. Yesterday the Netherlands broke the 1944 record for hottest day. Could we be heading for another record-breaking day?

The temperature this morning has been rapidly rising and by 10:00 the first areas had already broken 30°C. Meteorologists have described this afternoon’s temperature as “smothering.”

What can we expect for the rest of the day?

The meteorology bureau has currently issued a Code Orange, but (thankfully) are not expecting it to reach a Code Red. Guys, if this is a Code Orange, I really don’t want to be around for Red.

Will we be relinquished from the heat by the good-graces of a gentle breeze? Nah.

Only a weak to moderate wind is expected from the east to southeast. However, there is a small chance that the south or southwest could experience a local thunderstorm, so if you’re in these areas some rain-dancing should be on your agenda. Hallelujah!

Will tomorrow be any cooler?

We’re not seeing much change tomorrow either. While the temperature will drop by a few degrees that still leaves it in the high 30’s. Wadden will see 31°C, the center of the country will experience 37°C, and the southeast will be nudging 40°C with 39°C forecast.

The Netherlands is not alone in setting new records in this heatwave. Germany and Belgium sweltered through temperatures of 40.5°C and 39.9°C respectively yesterday. If only these were records we wanted to break, right?

Did you sweat through yesterday, or glow? Got any tips for beating the heat? Trust us, we would LOVE to know in the comments. ? 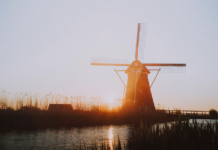 Dutchies get lucky with sunniest spring ever during corona-crisis 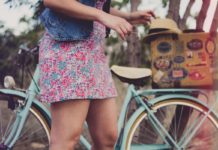