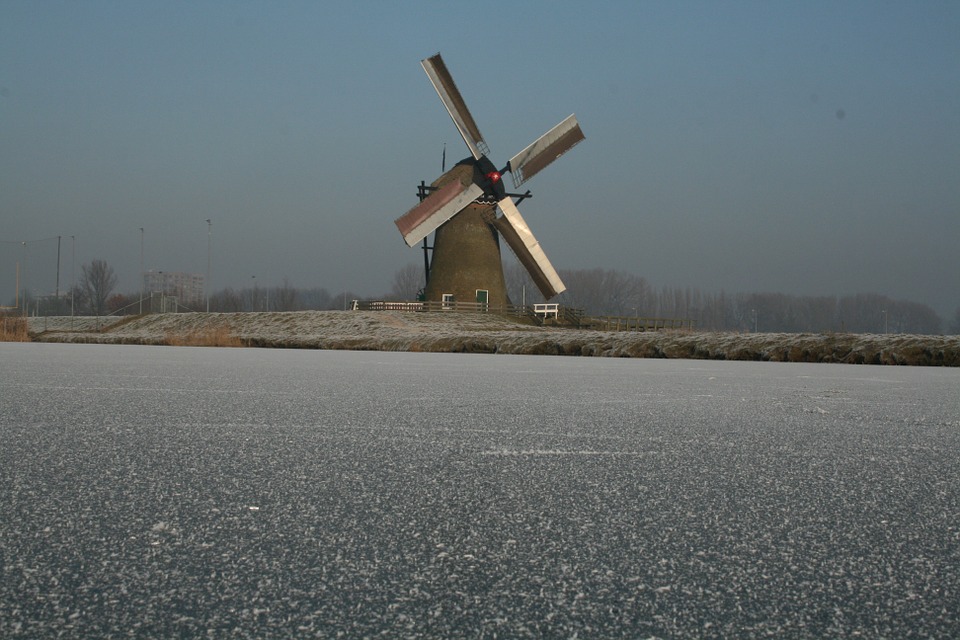 The climate around the world is changing. We’ve all seen the images of melting ice caps, faded coral reef in Australia or flooding in other countries around the world. This raises the question; what are the effects of climate change in the Netherlands?

Climate change in the Netherlands

Climate change in the Netherlands already has a variety of effects on the country. Some of these effects are favourable, such as the increase in the number of warm summer days along with the wonder it does for the Dutch tourism sector, especially for restaurants located mostly around the beaches. Unfavourable effects are the increase in flooding caused by peak rainfall, wildfires like the ones currently in California and the increased pressure on mother nature. While the Netherlands may not have the problem of wildfires right now, there is the case of the drought in some parts of the country and this has led to a shortage of hay for horse breeders. Dry meadows have led to horse breeders crying out to the government for a solution. Some of them have even gone as far as begging for hay on national television and currently, a possible solution could be the importation of hay!

Climate change in the Netherlands and its effects are expected to continue over the next few centuries. The negative effects of climate change are strongly related to changes in the occurrence of extreme weather conditions (e.g., droughts, storms, heatwaves, wildfires). Moreover, the risk of new or repeated outbreaks of human or agricultural pests and diseases may also increase. At a global level, a lot is happening in the area of climate. Coral reefs are dying, it is getting hotter in North Africa and the Middle East and big chunks of ice are disappearing in the coldest regions of the world. Recently, the U.S withdrew from the Paris Climate Agreement and as climate change remains one of the hottest topics in the corridors of the European Parliament, let us take a look at the effects of climate change in the Netherlands.

Did you notice how very little snow there was this year? Temperatures keep rising all over the world and even some news outlets have reported on the rising numbers of heatwave casualties. Experts say temperatures have risen by 0.8 degrees worldwide since 1900, but that rise is estimated at 1.7 degrees in the Netherlands. That is twice as fast as the world average temperature and over the past 20 years, there has been no visible decline in this upward trend.

Heavy rainfall has also become more frequent but the good news is that experts in this field say that these effects can be managed. While the heatwave may have been very devastating in some other parts of the world, the Netherlands seems not to have a lot of casualties. This is due to the fact that the Dutch are actually quite prepared for the situation and the Public health institute (RIVM) is known to even implement “National Heat Plans” for regions where people may be at risk. They warn people to stay hydrated, wear thin clothing, try as much as possible to stay in the shade and regularly apply sunscreen.

In the Netherlands, it rains about 8% of the time. Maybe a bit more rain in the winter than in the summer. This average has a large variation from year to year and from place to place. The rainfall has increased by about 20% since 1950. This is particularly noticeable in the coastal areas. It is quite striking that the number of rainy days in the winter has not changed very much. But when it rains, it just rains a bit harder. The same happens in the summer. The number of rainy days then even decreases, but the intensity of the showers increases. According to the experts, this can also lead to flooding in the Netherlands but due to the country being well protected from a scenario like that, the populace is able to rest easy.

For a country that is below sea level, the Netherlands does a pretty good job of keeping the sea at bay. But what if the rivers are no longer be able to cope with the increase in rain in the future? The sea level has already risen by 20 centimetres due to the rise in temperature and the crumbling of ice in the past century. What kind of consequences does this have for the Netherlands? Well, according to experts from the Netherlands Environmental Assessment Agency, there is no cause for alarm. They believe that the Netherlands can easily handle the rise in sea level. Even an increase of one, two or three meters would not cause any problems for the country. The Netherlands is a rich country and can easily make the dykes higher. If necessary, they could even pump water from rivers into the sea to prevent flooding.

Climate change has also had a few effects on nature in the Netherlands. One of the most obvious effects of climate change on nature is the shift in growing seasons of plants. Plants are now flowering earlier than usual and birds have started brooding earlier as well. This is probably due to the higher temperature in the spring. A consequence of this is the chance of young birds being born at a time when there is a food shortage.

Actually, you could say that the weather in the Netherlands has become more extreme, and there are no signs of things getting better in the future. For example, the temperature in the Netherlands will increase, there will be more heavy showers and in the summer, we are more likely to experience heat waves. One can only hope that we never have to expect more extreme weather conditions such as hurricanes.

Although the Netherlands can still deal with the effects of climate change presently, it would be quite foolish to underestimate the dangers. The Netherlands has had some very hot days this summer and if this trend were to continue, say the earth warms up by four, five or even six degrees — which is certainly a possibility — this could lead to major calamities in the country and the world as a whole. If this were to happen, problems such as water scarcity, death, loss of biodiversity and food shortages would be the result. Even if these things never happened in the Netherlands but in other countries, they could still have repercussions on the Netherlands.
So yes, there are risks.

Climate change has had a few positive effects on the Netherlands. Due to the heating up of the Netherlands, it is expected that favourable weather will result in greater interest in the Netherlands as a tourist destination. The warm climate will make her a more attractive holiday destination and also a haven for outdoor activities.

You probably wouldn’t mind if it gets a little warmer, would you? Dutch people generally love it as they’re mostly seen chilling on terraces, barbecuing in the parks, relaxing on beaches and enjoying the vibes of outdoor festivals. It is, therefore, safe to say, that climate change presents some interesting economic benefits to the Dutch tourism sector. If the temperature in the Netherlands continues to increase, there will be a huge influx of tourists in the country and this will see a sudden increase in the growth of small and medium-scale businesses that heavily depend on tourism.

Climate change also affects public health. According to the Dutch Public health institute (RIVM), persistent hot weather brings health risks to vulnerable groups like the elderly, people in care institutions and little children. The chance of ‘allergies’ also increases due to a longer and more intensive pollen season. Changes in temperature, humidity and precipitation are bound to lead to more infectious diseases. For example, the increase in Vector-borne infectious diseases and Lyme disease in the Netherlands is often associated with climate change. Lyme disease is expected to increase further, one of the reasons being that the ticks are active for a longer period as a result of increasing temperatures.

While the climate may be changing all around the world with some effects more drastic than the others in different countries, one has to commend the Dutch government on the measures they have been taking to roll back climate change. The Dutch government believes that one of the causes of climate change in the Netherlands is the excessive emissions of carbon dioxide (CO2). According to the news on the “Rijksoverheid” website; “This year the government will invest €300 million in a series of measures aimed at reducing emissions of carbon dioxide (CO2) in the country. Projects will involve disconnecting existing residential neighbourhoods from the natural gas grid, using geothermal heat and reducing carbon emissions in agriculture and industry. The government is taking these CO2 reduction measures in anticipation of a new national climate and energy agreement.” The Dutch government is also a signatory to the Paris Agreement and intends to work together with other signatory states in combating climate change and all its negative effects.

What do you think of climate change in the Netherlands? What should we do to help with this issue? Let us know in the comments!