The humble Dutch fries. In a nation known for spirited, fierce, and unadulterated debates, the Dutch will disregard standard social manners in the spirit of the argument.

Is Zwarte Piet racist, or a nod to Dutch heritage? Does the government interfere too much, or too little? And is wearing the burka a religious right, or a national threat?

But above all these issues, there is one Dutch debate that rages supreme. The ultimate argument has divided families, split up relationships, and caused wars among friends. The debate that divides the nation: friet versus patat.

“We have to come up with a third, alternative word for fries or fries,” tweeted Amsterdammer Mark Traa in 2019. “Otherwise we as a country really can’t go further.”

But what makes these Dutch fries so differently delicious? Where did delicious Dutch fries come from? Out of the thousands of choices, which sauce do you choose? What the hell are war fries? And why can the Dutch not agree on a name?

We’re asking the real questions here at DutchReview, and delving into the ultimate guide to Dutch fries. Grab some popcorn, settle in, and enjoy the wild ride of Dutch fries.

Let’s make one thing crystal clear: in the land where Dutch masters honed their craft, where labourers stole land back from the sea, and home to a royal family that people don’t even hate that much, there is only one Dutch national treasure: the humble fries.

Dutch fries are not slim, like the very American French fries — instead, they are broad, strong, and a little chunky. They’re not served in a pesky small container, but an ingenious cardboard cone contraption, sometimes adorned with the crown jewel: sauce holders.

Dutch fries are never submitted to the cold blasts of a freezer: instead, they are cut and served the same day. They’re plunged into boiling hot oil not once, but a minimum of twice, resulting in a fry that is crispy on the outside, but fluffy on the inside.

And finally, for the thick and chunky Dutch fries, one squirt of sauce is not enough. For reasons unbeknownst to the masses, the sauce can only be heaped on top, saturating the top layer into a saucy mess, and neglecting the bottom layer to be distraughtly sauceless. More on sauce later.

Where did Dutch fries come from?

Actually, no one knows exactly who introduced this golden goodness to the world. There’s a lot of ongoing arguments about whether it was the French or the Belgians who created fries in the first place.

One of the rumours is that French fries came about when American soldiers visited Europe during WWI. They were astonished by the delicious fries, heard the language spoken near them and wrote home to their sweethearts about the “French-fries.”

However, the Americans were, in fact, in French-speaking Belgium. So french fries? Pffff! More like Belgian fries. The fries spread to Belgium’s neighbours, resulting in the delicious Dutch fries we enjoy today.

The great Dutch fries debate rears its ugly head once again. It’s divided a nation — literally. The English version of this debate would literally be “fries or chips”. You can see why it’s so important to know the answer.

The Dutch website patatoffriet.nl (yes, there is a whole website dedicated to it) says that the majority of the Dutch tend to order patat. However, those from Brabant, Limburg and parts of Belgium would instead order friets.

But are the Dutch happy to just say “well that’s okay, you call it your thing and I’ll call it mine.” Of course not! They’re Dutch and they have to tell everyone their opinion all the time. I guess that’s one reason why we love then.

What should you put on Dutch fries?

Every Dutch fry store comes with a long bibliography of sauces. You can choose one, or two, or three, or probably all of them if you pay enough (and you know, wanted all of them for some reason).

But, if you want to order Dutch fries just like a Dutchie, here are some things you can request:

Patat met — fries with mayonnaise. Easily the most popular with Dutchies, this is fries just with mayonnaise. They don’t even have to say the mayo part — just “fries with” and that’s all the fry-artist needs to know.

Patat pinda — fries with peanut sauce. Thought to be from their Indonesian past. Not recommended for those with peanut allergies.

But when you approach a Dutch fries stall, you may be bewildered by all the options. We’ve translated every one we can think of below for your fry-eating pleasure:

The great friet debate has been saturating Twitter for years but has sparked up again recently. We’ve translated some of the best ones below.

“Patates-friet. That was the original name. One part is used by one part of the population, another part by another part,”

“P from fries + IET from fries = PIET. That word is really much less charged. Tonight we eat Piet.”

Meanwhile, a very official survey from the prestigious food-ordering service Thuisbezorgd proves that the Dutch are divided:

Whatever those golden slices of goodness are called, we only know one thing: Dutch fries are delicious!

What do you think of the humble Dutch fries? Are you Team Friet or Team Patat? Let us know in the comments below!

Feature Image: Gustav Lundborg/Pexels
Editor’s Note: This article was originally published in October 2019, but was fully updated in February 2021 for your reading pleasure. 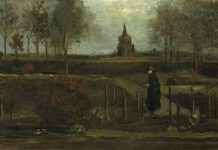 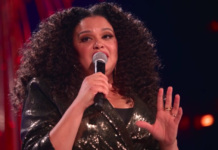 In need of a giggle? This American comedian perfectly explains the hilarity of learning Dutch 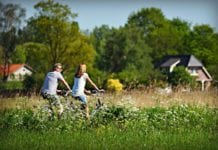