Om, nom, nom — that’s the perpetual background score to my day, so naturally, when I arrived in the Netherlands, my first thought was: Dutch food! 🥧

I won’t lie, I was quite disappointed when I was told that there is no real “Dutch cuisine” (the Dutchies agreed) — but the foodie within me knew I wasn’t giving up that easily!

I decided to set out on my own little adventure into the world of Dutch delicacies, and found some surprising treasures along the way.

Meet the stroopwafel — arguably the most popular Dutch snack.

The stroopwafel is a thin biscuit made of a caramel filling encased in dough. Although originally from Gouda, this syrupy wonder can now be found all over the world.

It’s available in several flavours, right from chocolate to honey, a must-try is the classic version – the humble caramel. Doesn’t matter how you eat it, hot or cold, you’d be sure to love it.

Tip: To experience the stroopwafel at its best, enjoy it with a hot cup of koffie (coffee) or thee (tea).

Can we start with how adorable poffertjes look? 🥺

Poffertjes are a tinier and fluffier version of the pancake, and you’ll find numerous outdoor stalls selling them with a variety of toppings.

The classic version includes powdered sugar and butter — but feel free to level up the yumminess (and calories) by lathering on some whipped cream, syrup and strawberries!

Tip: For a one-way trip to the seventh heaven, try adding some Nutella!

I was quite fascinated by these since all that I was ever asked in relation to Dutch food was, “have you tried bitterballen yet?”

I finally did. And I wasn’t disappointed.

Bitterballen are the favourite Dutch snack, found in almost every nook and corner of the country.

Filled with soft (almost liquid) meat goodness inside, coated with bread crumbs and deep-fried — what is there not to like? Best served with een biertje!

Tip: try bitterballen with some mustard and a kopstootje (a glass of beer served with a shot of jenever — lekker!)

We all know and love the humble French fries.

Thicker than normal fries, the Dutch version has them with raw chopped onions and mayonnaise, topped with peanut sauce. The combination is known as a patatje oorlog or fries at war (an accurately depiction of the state of the plate).

By the way, did you know there is also a war on what to call fries? 🤔

The north of Holland (including Rotterdam) says patat whereas the south (and Belgium) calls them friet.

Tip: Ask for patat met to order like a Dutchie, and you’ll receive the ever-popular fries with mayonnaise.

Outside of the Netherlands, a kroket is known as the humble croquette. It’s extremely similar to the bitterballen, except for its shape.

Originally, krokets were made from ragout, but my personal favourite is the kaaskroket that’s filled with cheese. (Hey, no judgements, okay — who doesn’t like fried cheese?)

You can eat a kroket on its own, or have it in a sandwich or burger with mustard on the side.

Tip: These are quite hot inside, so be careful with the first bite!

By custom, oliebollen are meant to be served on New Year’s Eve. However, come December, you’ll already find several oliebollen stalls popping up.

The literal translation of oliebollen (“oil ball”) definitely doesn’t do justice to these delicious deep-fried balls of dough!

If you add raisins or currants to the good old oliebol, you get the krentenbol! For maximum deliciousness, eat these with powdered sugar and your bare hands.

Tip: Don’t have any human interaction before wiping your face, nose, shoulder, scarf thoroughly. The powdered sugar is notoriously cheeky (been there, done that)!

Pepernoten, which literally translates to “pepper nuts”, is another Dutch Sinterklaas and Kerstmis (Christmas) tradition.

With a hint of spice and loads of crunch, these have got me hooked since the day I first tried them.

I prefer the ones with chocolate, but you can find a crazy variety of flavours, from cappuccino to tajine.

An old Dutch custom is to throw handfuls of pepernoten for the children to find — and now I know why children are so excited to eat them off the floor!

Tip: To get in the complete holiday spirit, have these with chocolate letters that pop up for Sinterklaas!

The Dutch kapsalon is a recent invention.

Created in 2003 in Rotterdam, the dish consists of french fries topped with shawarma and layers of Gouda cheese.

This is then heated in an oven until the cheese becomes a beautiful oozy mess — all in a disposable takeaway box.

Top it with a layer of shredded lettuce, garlic sauce and sambal, and you’re good to go!

Fun fact: Kapsalon in Dutch means “hairdressing salon”, referring to one of the inventors of the dish who was a hairdresser (talk about a killer cut!)

Tip: Order a kapsalon to finish a great night of beers (although you may not remember it in the morning).

9. Bread with peanut butter and sambal

Google or Wikipedia can’t reveal this secret to you — you have to be friends with Dutchies. 🤫

Let me introduce you to the amazing combination of sambal and pindakaas (peanut butter)!

Sambal is a spicy chilli paste of Indonesian origin that made its way to Holland through the Javanese and Surinamese population, and peanut butter is well…peanut butter.

Take a piece of bread, coat it well with peanut butter and top it with sambal and voila! You have a slice of heaven.

Don’t get confused if your boss gifts this to you on your first day (like I was). Instead, say hi to a Dutch tradition!

Hagelslag is Dutchies’ answer to sprinkles — only these are nothing like sprinkles.

You would normally associate sprinkles with children, but not in the Netherlands. Here, it’s normal for adults to eat this for breakfast or lunch.

Hagelslag also comes in different varieties, chocolate, fruit and aniseed being the most popular.

Grab a Dutch beschuit (twice-baked round toast), add some butter (so that the sprinkles stick) and sprinkly on some hagelslag.

Tip: Know a Dutchie with a newborn? Gift some them some aniseed muisjes, the cousin of hagelslag, in either pink (for a girl) or blue (for a boy)! It’s a Dutch tradition to serve beschuit met muisjes (muisjes on hard rusks) when someone has a baby.

You can’t get more Dutch than stamppot!

Having originated sometime in the 1600s, stamppot is a dish steeped in tradition. Also known as the “winter dish”, stamppot is made from potatoes mashed with one or several vegetables.

True to Dutch form, you can have several variants here as well.

A rookworst, or smoked sausage, is made by mixing ground meat with spices and salt and then stuffing it into a casing.

The butcher then smokes it in a smoke cabinet, ensuring the shelf life of the sausage and giving it its classic taste.

The end result? A horseshoe-shaped sausage with a golden brown hue.

There are two types of rookworst: Gelderse and raw. The Gelderse is pre-cooked and sold vacuum-packed, so it can simply be reheated for consumption, whilst the raw variety should always be cooked.

Rookworsten are best served with a piping hot dish of stamppot!

The tompouce or tompoes is a rectangular desert, with two layers of puff pastry filled with sweet pastry cream and topped with pink or white icing.

The tompouce is not an easy dessert to conquer, however. It’s even inspired several amusing articles on “Hoe eet je een tompoes?” (How do you eat a tompoes?)

Usually served with koffie or thee, the pastry was created by a baker from Amsterdam whose inspiration was a dwarf from an American circus visiting the Netherlands between 1844 and 1845!

Tip: Make sure to try the tompouce on Koningsdag (King’s Day) or when the Dutch national team participates in the European Championship or World Cup — the top layer becomes orange.

What’s your favourite Dutch food dish? Let us know in the comments below!
Editor’s Note: This article was originally published in February 2020, and was fully updated in October 2022 for your reading pleasure.

Feature Image:Depositphotos
Previous article
8 weird things about dying in the Netherlands
Next article
BREAKING: Dutch bus ripped in half by train 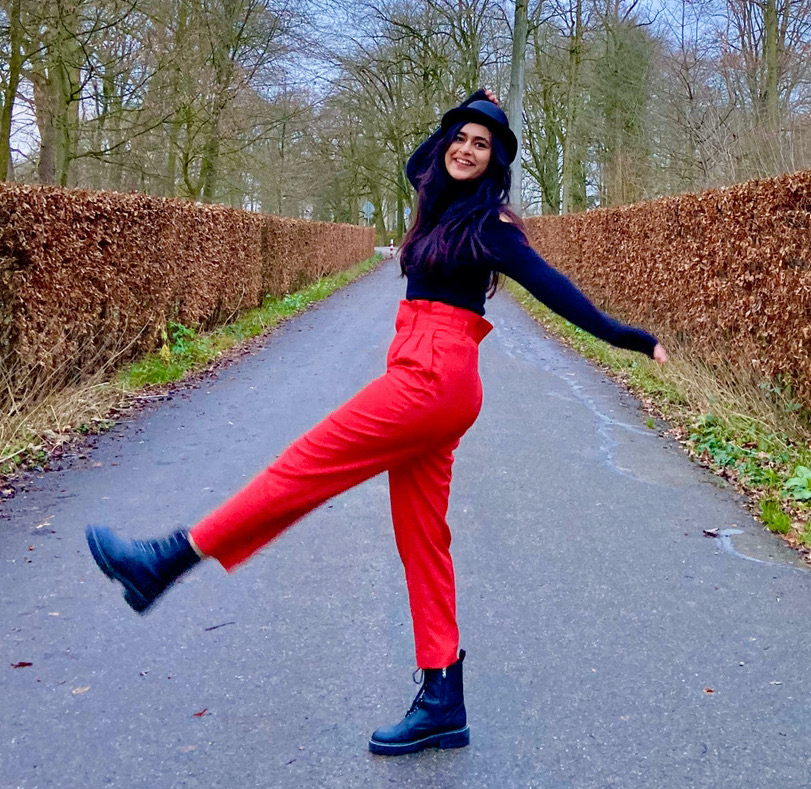 Snehal https://theinkspectrum.wordpress.com/
Often spotted oscillating between extroversion and introversion, Snehal is a chatterbox, wanderlust-er, dancer, reader and a self-proclaimed writer. Born and bred in India, she moved countries to find herself (still in progress). If you talk about food, fashion or football - you have her attention P.S She has stopped taking queries on her lack of a last name