Ooh la chocola: the history of chocolate in the Netherlands

It is that time of the year when fairy lights twinkle and chocoladeletters enter our shopping baskets. Speaking of chocolate, did you know about its history in the Netherlands? Grab a hot cup (or cold cup, you do you) of Chocomel and gather around children.

As Holland prepares to dress up as winter wonderland, the Dutchies prepare to get all gezillig indoors. The must-haves include pantoffels (if you are Dutch) or fluffy socks (if you aren’t), a hunk of chocolate and warm Chocomel.

Despite being several years older than the legal age for drinking, hot chocolate remains my comfort drink. And now I can wolf down my third cup of chocolate without being judged!

It is amazing how the nondescript cacao bean native to tropical Mesoamerica has made its way into every street in the world. While the word chocolate conjures an image of silky, brown heaven, it wasn’t always the sweet, luscious treat we know today.

The Aztecs and Mayans made a bitter, frothy and spicy drink with it, often laced with hot chili peppers! An idea that probably inspired Lindt and other chocolate makers.

Can you imagine, Switzerland, now the face of luxurious chocolate, once had no idea about its existence?! Come to think of it, the whole of Europe was oblivious to this food of Gods for the longest time. That is until 1500s when the Spanish invaders took back sacks of cacao beans.

There are many theories about how cocoa entered this continent; some say it was a gift, others say Columbus intercepted a ship to sneak a haul of beans, but one thing was for sure — after one taste, Europeans were hungry for it. As other sailors set out to bring home the riches, Spain lost its monopoly over this exotic food.

During the Golden Age, Amsterdam wielding all its power and wealth came in possession of this trade, thereby making chocolate an essential luxury for the Dutch nobles. For a while, chocolate had touched only the lips of aristocrats.

But then, the thrifty Dutch mind worked to cut costs and made this luxury economical. The Van Houten’s, an innovative father-son duo came up with a process rather like a chemical inburgering or ‘Dutching’ of cacao beans. Resulting in the super-rich, extra dark cocoa powder, which has taken the culinary world by storm.

Dutch ingenuity combined with their keen business sense spiraled the port city of Amsterdam into becoming the chocolate capital of continental Europe. And for the longest time, the country minted money through this trade.

Realizing the worth of these exotic cacao fruits, Europeans started to colonize the tropics with Dutch at the forefront, acquiring vast areas of West Indies. In fact, the Dutch were also instrumental in the spread of cacao trees to Asia.

All is fair in cocoa fair

While it is true that the grandeur of the Golden age came at the price of slave lives, Holland today has rebranded itself as the face of sustainability and fair-trading.

Every year something akin to Charlie and the chocolate factory happens in Amsterdam. It is called Chocoa, and is THE event for chocolate lovers, chefs, connoisseurs and traders. Organized in the historic exchange market of Beurs van Berlage in Amsterdam, the fair serves to celebrate not only chocolate, but also the faceless farmers who grow them.

So, apart from the microscope, stock market and of course the unnaturally (now natural) orange carrots, the Dutch also owe thanks from the world for making chocolate affordable. The next time you reach for chocolate or hagelslag on korting, think of the Dutch who helped us buy it without burning a hole in our pockets!

Chocolate. Where would we be without it? Did you know about the Dutch’s role in making this delicious dessert? Tell us your thoughts in the comments below! 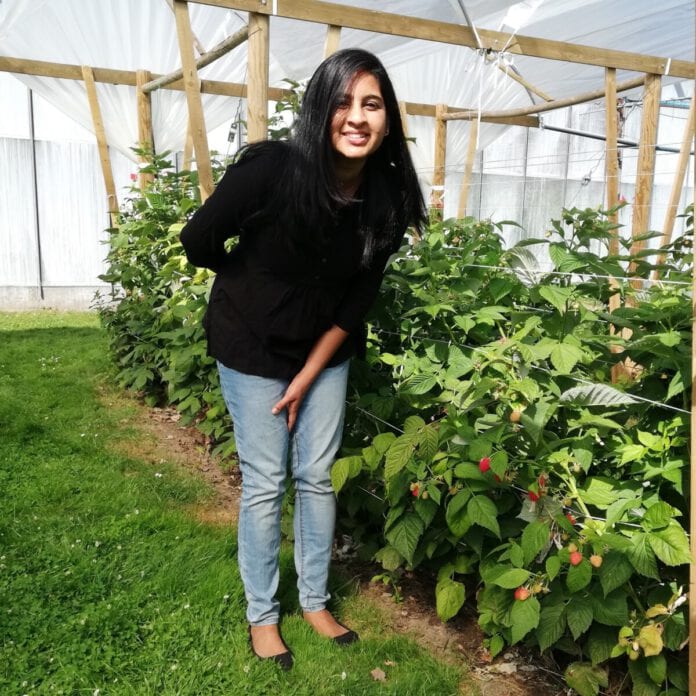 Vatsalya Balasubramanianhttps://haguelyindian.blogspot.com/
Born and bread (carb lover here!) in colourful India, my husband and I came to Holland for a short three months. With three months stretching beyond three years, I now juggle various interests while also trying to balance a temperamental toddler. When not cursing the wind while riding a bike, I write a blog, try different coffee blends and of course, wait for the blink-and-miss Dutch summer.