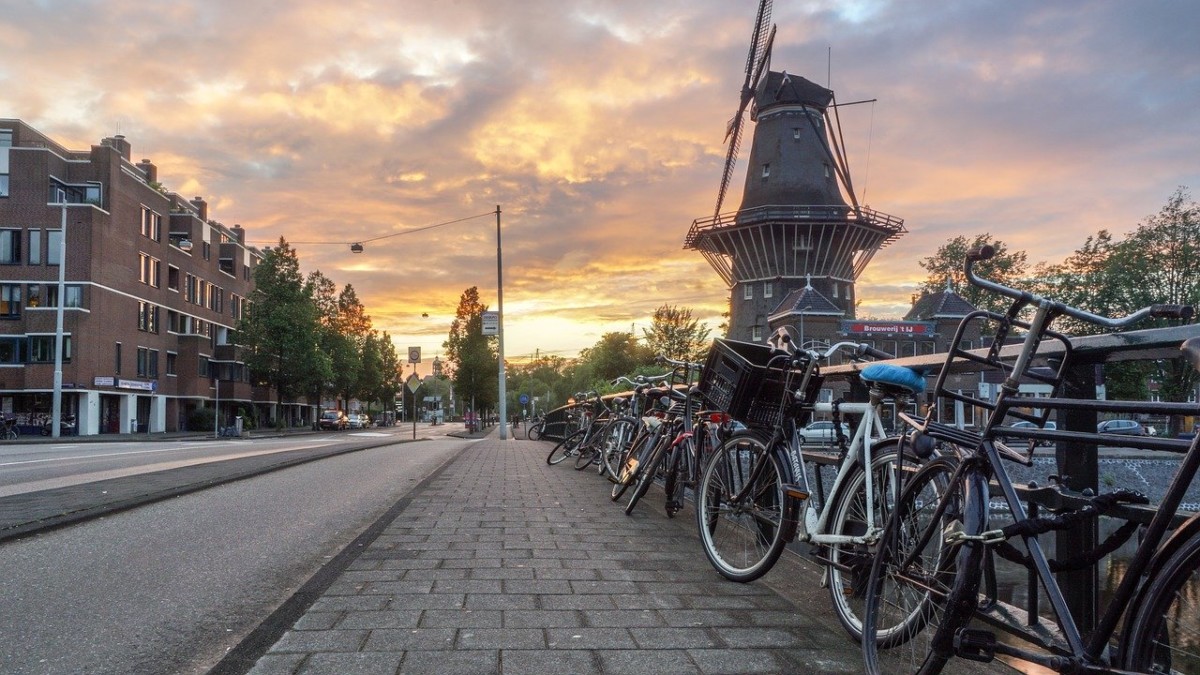 Moving and living in a new country isn’t without its challenges: you may have to learn a new language, make new friends, find a new job and home…but perhaps the hardest challenge of all is leaving behind the life you created for yourself back ‘home’. Becoming an expat in the Netherlands is no less.

Despite having lived in the Netherlands for almost five years, and not having actually lived in my home town full time since 2010, Plymouth will always be home for me. It’s where I was born, where I learned to ride a bike (not well obviously, and no one taught me how to simultaneously ride a bike whilst chatting on the phone after a few wines). It’s where I bought my first house, and where almost all of my family live.

And I am not alone. It’s estimated that Amsterdam has around 38,000 expats, with many coming from the UK and America.

So what is it that I’ve learned since becoming an expat in the Netherlands and what advice would I give to myself 5 years ago?

7Expat in the Netherlands? Life goes on

Without fail, I visit my place of birth every Christmas, Summer and most school holidays in between. And yet it surprises me every time when something has changed. A new restaurant has opened, they’ve switched the lanes on the roundabout, that favourite night club of yours has changed its name again, etc.

It’s almost as if I expect the city to stay exactly as it is; the same goes for people. Just because their best friend/sister/school friend has moved away to another country doesn’t mean that there aren’t big changes happening in their own lives. Life goes on. No one hits the pause button when you move away. People meet new friends, lovers, have children and get married. And you might end up missing it all.

Social media may get a lot of bad press but for expats it can be that link to friends and family. Being able to witness (through a screen) all the greatest moments of your friends and family members lives can make you feel less alone, though beware of the curse of FOMO!

6Expat in the Netherlands? you will lose friends

There is an old saying that says you will have friends for a season, a reason, or a lifetime. And when you move away, for some friends, that reason to remain in contact isn’t there anymore. Of course, this isn’t true for every friendship you have. And it works both ways. Put the effort in, and those that want to be a part of your life will remain so.

But it’s hard sometimes. You may both have families to raise, 40 hour weeks to contend with, elderly parents to care for. But friendships have been proven to be good for your health so it’s definitely worth putting the effort in. I couldn’t imagine my life without all the amazing friends I’ve made in my life, both in the Netherlands and back in the UK.

5Expat in the Netherlands: friends here become your family

If you have moved abroad and don’t have a ready-made support network then the people you meet will become your village. Friends are the ones who go on your child’s ‘in case of emergency’ school contact form. They pick you up from the garage when your car needs its APK. They are the ones you ring to babysit your other children when one is rushed to hospital. The Dutch sometimes have a stereotype of being unapproachable and abrupt but don’t mistake that for ‘unhelpfulness’. When you need them, they will be there. And normally bearing bottles of wine.

The Dutch are well known for being direct, in fact, a little too direct (see how to answer those all so direct questions here).  And for those of us Brits who have been brought up to not always say what we mean for fear of offending someone it can be quite a culture shock. When my husband first moved to the UK his directness was taken for arrogance. But he was just being honest. And perhaps us Brits could learn a little from this Dutch character trait! In fact, think of how much further ahead we’d be with Brexit if Theresa had actually told Donald Tusk what she thought of him!

There is a fine line between being honest and being unkind. Most Dutch people toe the line quite nicely and it is us sensitive, polite expats who get too easily offended. And not tiptoeing around a subject means there are no disillusions or misunderstandings, everyone knows where they stand with the Dutch!

3Expat in the Netherlands: circle parties are the bane of your existence

Okay, so a slight exaggeration but does anyone actually enjoy them?! And seeing how the Dutch are normally so vocal about their opinions, surely they realise by now just how painful they are? In case you are uninitiated to circle parties, normally held on a Sunday at 3 pm, it’s an event held to celebrate a birthday.

You arrive and greet the host (three kisses of course) and then go and find the birthday boy/girl to congratulate them. Then you need to congratulate their spouse, then their children, then their parents and brothers and sisters, and finally any friends. And then out comes the taart (but not accompanied by any singing), which you eat with a cup of tea or coffee.

Small talk continues with an Aunty you’ve not seen since the last circle party until the sausage, cheese and crisps are brought out, along with something fris to drink (THANK YOU LORD FOR THE CIRCLE PARTIES THAT ALLOW ALCOHOL AT THIS POINT).

And when that clock strikes 7 pm you are outta there like a shot. With the relief that you won’t have to suffer through another one until the next birthday.

2Learning a new language is hard

I never thought when I finished GCSE French that I would ever have to learn another language again. Despite being fairly bright, languages were just never my thing. And then I fell in love with a Dutchie, and we moved to the Netherlands, and I HAD to learn a new language.

Dutch. Bloody Dutch. With its guttural G’s and rolling R’s, and verbs at the end of the sentence. But perseverance, a language course three times a week, and daily viewing of Jeugdjournaal won though and now when my friends fill me in on the latest gossip, I don’t have to sit like a mute in the corner: I can actually join in!

And what a joy it is to be able to communicate with people in Nederlands and not have them immediately revert to English when they detect an accent. It is a lot harder than I’d imagined and even though I can’t ever imagine feeling that I’m 100% fluent, Ik doe mijn best.

Becoming an expat in the Netherlands, and learning how to speak Dutch can be difficult for some people. Check out our tips to learn Dutch fast and easy!

1Expat in the Netherlands: this is not the life you’d planned

And you know what, that’s not a bad thing. In fact, I’d go as far as to say that living the unplanned life is the best one. Like an animal in the wild learning to adapt to its new surroundings, you’ve proved just how resilient you are. Give yourself a huge pat on the back for making this leap of moving to the Netherlands, learning a new language, and ingratiating yourself into a whole new culture. Not many people could do it. Some people may have thought you’d fail and be back within three months.

Despite the dutch directness and hell that are circle parties, the life in NL is pretty good. Becoming an expat in the Netherlands wasn’t such a bad choice after all. And whereas you will always have a little piece of you back in your place of birth, home is really where the heart is. And my heart is in the Netherlands.

What are some of the challenges you’ve faced when you decided to become an expat in the Netherlands? Are you also struggling with learning Dutch and coping with the dreaded circle parties? Let us know in the comments!