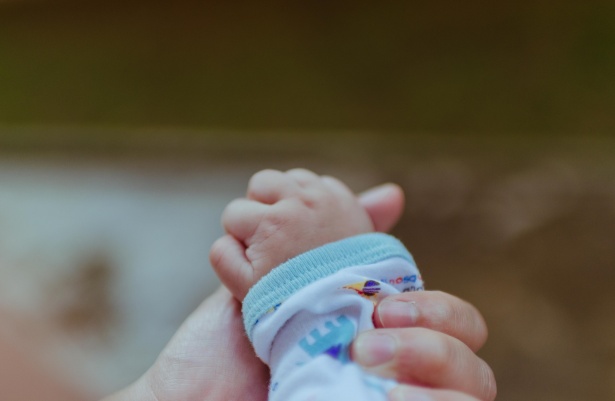 The Netherlands continuously ranks in the top 5 for the best country to have a childhood in. If you are living here and are having a child in the Netherlands soon, here are a few things you should know:

1Having a child in the Netherlands: fertility treatments

If you are somehow struggling to become parents (we hear you), be aware that Dutch health care system/insurance covers fertility treatments, if/when needed. You will need a referral from your family doctor and from there you may go to hospitals or centres that are specialized in this. I can highly recommend the kind, knowledgeable and amazing staff at the Reiner de Graaf clinic in Voorburg.

2Having a child in the Netherlands: maternity/paternity leave

3Having a child in the Netherlands: daycare

If both of the parents will be working outside the home, you will be needing daycare. In The Netherlands, daycare centres are in very high demand. The general recommendation is to start researching/enrolling your child pretty much as soon as you get a positive pregnancy test as waiting lists are long. You could also choose to leave your child with a gastouder.

If both parents work or one works and one studies, you may be eligible for a subsidy, that means the government will compensate you for a part of the daycare fees (depending on your total income). You can have an idea of what the amount subsidized will be with this calculator.

4Having a child in the Netherlands: kraamzorg

This is a very Dutch service is available through most health insurance packages. While it can be very useful, it is not mandatory. So, what is it? Right after you give birth a nurse/social worker comes to your home for several purposes. The two most important of which are:

Within this role, the kraamzorg is trained to check for red flags/signs of postpartum depression or other mental health or behaviour issues (eg. addictions) so that they can direct you towards professional help when needed.

They also give all kinds of advice (take it or leave it), show you how to take care of a baby (priceless for first-time parents without any help /grandparents around), help with cleaning, cooking and other household chores. Some can also help with establishing breastfeeding, or again, direct you to a lactation consultant; take care of older children and do general errands.

Some kraamzorg companies offer their services in English. I had friends who loved their kraamzorg and friends who hated it. Personally, I felt a bit overwhelmed by the idea of having a total and complete stranger at home on those early vulnerable days, and my mom (and mother in law) were around, so we had her come for the minimum hours, but I see how it could be a great help.

5Having a child in the Netherlands: Consultatiebureau

So, unlike many other countries, children here are NOT given a paediatrician unless there IS a problem (eg. premature birth or other conditions). When something medical comes up, you should go to your family doctor and he will refer you to a paediatrician/hospital if considered necessary.

All the checkups for growth and vaccinations are given by the nurse and paediatrician at the Consultatiebureau. They will have the first visit at home, as soon as the child is born, again, to screen the parents and home environment. They will check your baby’s’ audition, screen for genetic conditions (heel prick) and follow their growth until they are teenagers (regular visits are until the age of 4). Also, they will have a “vrije inloop” day in which you can come for advice.

An organisation called moeders informeren moeders runs at different consultatiebureaus and it is great to find and offer support. The thing is, while I think the Consultatiebureau is great as an institution, in principle, you never know what kind of advice you will get because it all depends on the opinion of the nurse in turn and whether or not she is pro or against crying it out; if she thinks you *should* stop breastfeeding at 6 months (you shouldn’t unless you want to), etc… so it all gets very random and contradictory.

Once I asked how I should introduce bottles to my 6-month old and she told me to give her concentrated juice (diksap) in a bottle. And no, it was not a joke.

6Having a child in the Netherlands: schools/school system

Depending on where you live you will need to register your child for a school either from birth, from the moment they are one, or until they are three. These rules vary per city (gemeente). For example, in Voorburg, you can enrol your child to as many schools as you like, because there are so many children and the waiting lists are so long, and you may do so since birth.

However, in The Hague you may only register your child to one school and exclusively when he/she is three years old (this was decided as a result of children having places at school and parents moving cities at the last moment).

Dutch education is public, but there are different types of schools/methods (Montessori, Waldorf (“Vrije”), Dalton, etc) and you may also choose a school with a religious affiliation (Catholic, Christian) or with none. Nevertheless, the main criteria for schools to accept your child will be the postal code, so if you really have a mindset on a school I recommend moving right next to it. Waiting lists are long and it is just a matter of luck to get where you want.

There are also private/international schools like the European, International, British or American schools for which different rules apply. The teaching language may be different than Dutch, something to consider depending on how long you are planning to live in the Netherlands.

In The Hague there is also HSV, which is half public/half international and they have a Dutch and English section, but the waiting lists are very long and I’ve heard you don’t know the final decision until very late. Children enter the official school system at four-years-old, but school is not mandatory until five.

7Having a child in the Netherlands: peuterspeelzaal

If your child does not go to daycare, at 2 years old, he can go to peuterspeelzaal, which translates as “toddler playroom”. It is meant for children to start socializing and it is also available for a symbolic prize.

8Having a child in the Netherlands: playgroups, museums, activities, parks, petting farms

I have to say The Netherlands is really a child-friendly place. There are always plenty of things to do with children, from zoos to science exhibitions; a lot of museums (like the children literature museum in The Hague) have been specially designed for kids.

Whenever the school holidays are coming up, all kinds of activities show up, for example, “De Betovering”, an art festival for children of all ages with dance, theatre, painting workshops, etc. These days there is also the Generation Discover Festival at the Malieveld, etc.

There are also many parks and playgrounds, petting farms, etc. The libraries organize readings for babies and toddlers (babycafe). Art museums like the Mauritshuis have special activities for children during the holidays as well.

The best advice I received when I became a mother was to go out every day. Eventually, meeting other mothers helped me set a network of friends and that’s how you find out about playgroups (often at church halls or community centres) that are much needed for the peace of mind of everyone: the children play, and the parents can enjoy some calm.

Had or are having a child in the Netherlands? What do you think of the Dutch system? Let us know in the comments below!

Editor’s Note: This article was originally published on 19 Oct 2018 but was updated for your reading pleasure on July 2020.