Celebrating Carnival in the Netherlands: Your ultimate guide

Carnival in the Netherlands in 2019: all you need to know about the drinking, weird language, when and where, costumes, partying and history behind the Dutch carnival

The Dutch seem like a sensible bunch with a good sense of responsibility. And they really are! They know how to work hard, but they also know how to cut loose. Just look at King’s Day! Dutch folks are masters of partying and letting loose. Apart from celebrations like King’s Day and Sinterklaas; the southern provinces of the Netherlands (Limburg and Brabant but also some parts of Drenthe) have something else going on: Vastelaovend, also known as Carnival in the Netherlands.

The History behind Carnival in the Netherlands

First things first: How did it all start?

The first Dutch Carnival was celebrated in Den Bosch as early as the 14th century with the mention of games, dressing up, cockfights and gambling. By the time the 16th century had arrived, the excessive big and glorious days of the Carnival were long gone, but were revived in the early 19th century. This was a way for people to hold on to their roots and culture while the Netherlands was under French rule.

Even though Carnival has not been celebrated in the Netherlands for that long (since the end of World War II), it is a tradition loved by many.

Mainly celebrated in the predominantly Catholic southern provinces Carnival was celebrated as a religious festival. Nowadays, the religious meaning of Carnival in the Netherlands has disappeared but the soul of the celebration still remains strong. Every year, thousands of Dutchies flock to southern cities to don their costumes and get their drink on (can we blame them? Just read on and you’ll agree as well)! But don’t think it’s only for adults. Kids and people from all ages are welcome to join in the craziness!

Carnival in the Netherlands is all about reversing rituals, social roles and everything else you can think of (genders included). Even the city names change during the celebrations. To give an example, in 2016 Amsterdam joined the fun by calling itself Gròòtgragtegat – rough translation: ‘big place with canals’.

Another thing to know about is the Prince Carnival. Yes, you heard us right, the mayor symbolically gives the keys of the city to the Prince. Therefore for the upcoming 3 three days, the Carnival Prince has control of the city and their Kingdom of Fools. There is one important rule: you have to cheer with “Alaaf”.

Next comes the music, after the World War II, Carnival developed its own type of music. Often accompanied by a marching band, the songs include some comical and almost vulgar lyrics. Get ready to be surprised! If you are looking for an example, here is a fresh one from last year:

Now to the funnest part for most: the costumes!

No matter where you end up celebrating Carnival, costumes go without saying. Think of masks, city colours, cross dressing (why not?), mocking authorities with your outfit and anything else you can think of.  In this particular case: more and colourful is better. So, get creative and go wild this year!

Carnival in the Netherlands: When and Where? 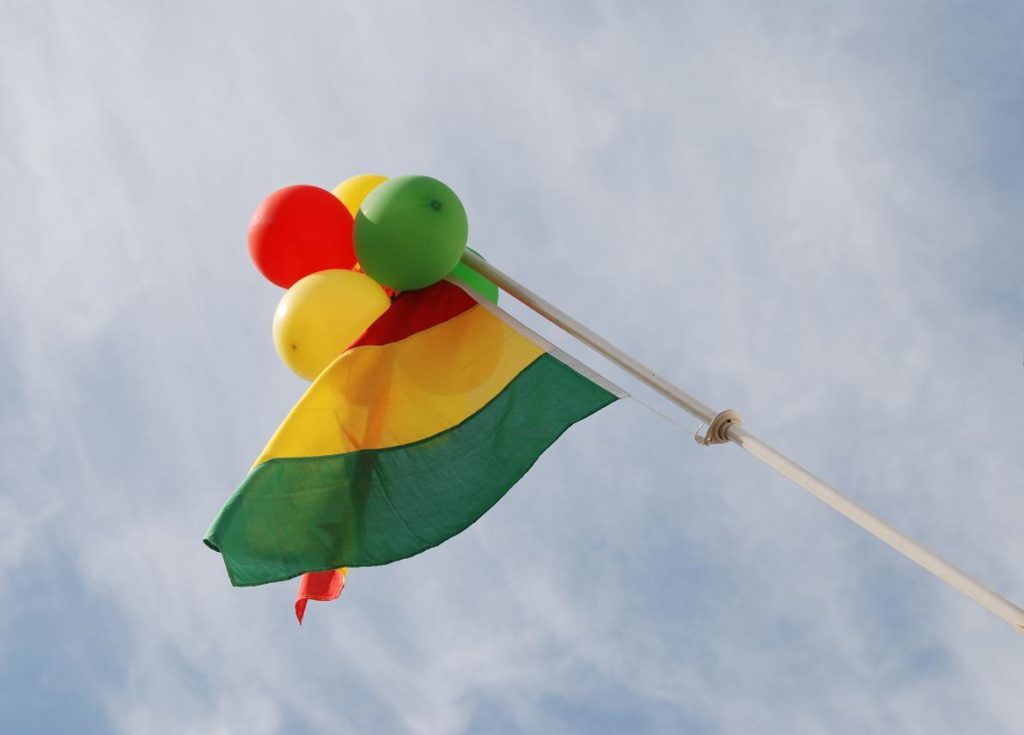 If you would like to join the fun, here are some of the biggest Carnivals happening in the country:

If you want to see the biggest Carnival in the Netherlands, then Maastricht is the place to be! Changing it’s name to Mestreech, the celebrations kick off on the 3rd March and last till the 5th.

On Carnival Sunday (3rd March) at 10:33 am the Prince’s Flag will be raised at the home of the Carnival Prince of the City with eleven shots be fired to mark the start of Carnival. What comes next? Drinks, colourful moments and lots of dancing!

Like all the others, Carnival is an outside event celebrated all around the city. If you would like to read more about it, you can visit their official website.

With its new name Jocus Riék, there will be a total of 14 parades taking place through Venlo spread across on all days of the carnaval! It starts on the 1st of March until the 5th of March.

If Limburg is your place to experience this event, you can find all the information you need on their official agenda.

There’s plenty to do for anyone at the Eindhoven Carnival. Celebrations start on the 1st of March with different events taking place in a huge tent located on the Market Square. Want to see the parade (duh!)? Then don’t miss out on the route that starts the next day at 1 pm in the centre. For the detailed route, you can check their official site. Oh and the name of the city? It is Lampegaste!

Popular spots in Lampegaste during Carnival include: the Stationsplein, Market Square, Hotel Pullman Cocagne, Wilheminaplein and the famed Stratumseind.

Ah Tilburg! Like we have mentioned before, Tilburg is on the rise. You could visit this city during one of the many events and festivals that it organizes if you like buzzling activities. The ‘Tilburgse Kermis’ (Tilburg Fair) is the biggest fair in the Netherlands, hiphop festival Woo HaH! and psychedelic rock festival Roadburn attract a crowd from all over the world and every year you can dress up and drink beers during Carnival. But Tilburg is also worth a visit any other time of the year! Like during Carnival.

The annual parade of Tilburg’s Carnival celebrations starts on 1st March at 5:11pm and follows this route. There is a big concert happening on Wednesday and Thursday, followed by a massive pub crawl on Friday. Liked it so far? You can read more about the Kruikenstad Carnival agenda on their website.

Den Bosch (or should we say Oeteldonk?) kicks off their Carnival celebrations on the 3rd March (Sunday) with the city’s grand parade.

On the day of the Oeteldonk’s Carnival, The Prince and his helpers arrive at Oeteldonk Centraal (or Den Bosch station) at 11:11am. After several ceremonies, they make their way gloriously towards the Market Square. Followed by many other events, the parties go on until the last days and the full agenda for Den Bosch Carnival can be found on their website.

The people of Nijmegen know how to party regardless of the time of the year but trust us when we say it’s better to see the city during Carnival. The Nijmegen (or Knotsenburg) leg of Carnival starts on 2nd March with a march that begins at 11.11 am and continues to the Market Place. The real fun begins when the people hand over the city’s keys to the Carnival Prince and tap the first beer keg to celebrate at 1 pm (don’t miss it). In the upcoming days, there will be other events all over the city where you can see all on their website’s agenda.

Properly equipped with all the necessary knowledge regarding Carnival in the Netherlands, we saved the best till the last: which is to go out there and have fun! (and don’t forget to send us some photos and tell us how it was in the comments)

Would you like to read more about Carnival in the Netherlands? Here you go: