Have you ever considered going on a day trip to Dordrecht? Here are a few reasons why you should visit this charming Dutch town!

I’ve been to all Dutch provinces and explored everything from Groningen to Maastricht, from Texel to Zeeland, from Zwolle to Leiden.

With that background, I can unequivocally say that Dordrecht is a very under-appreciated gem. Often ignored, but very much worth a day trip or even a weekend getaway.

The charm of going on a day trip to Dordrecht

Dordrecht has all of the quaint, gezellig qualities we associate and love about the Netherlands, plus some unique features too. There are gorgeous canals and step-gabled architecture, beautiful people buzzing by on bicycles, outdoor squares (Schefferslein and Grote Markt, among other convivial spots) where flutjes of beer and plates of bitterballen await, as well as the usual touristy streets.

But the mystical Dordrecht is also drenched in history! Plus, its quaint harbour-like layout and its position on the banks of the huge Oude Maas river make it truly outstanding. Dordrecht, in my Dutch travels, is one of the cutest and friendliest of all of the towns I’ve visited in the Netherlands.

The history of Dordrecht

Dordrecht is ancient. It’s one of the oldest river towns in the Netherlands, in fact. Claiming a critically strategic geographic position where several smaller rivers converge into one giant one, the town emerged centuries ago as a major trading centre and commercial hot spot.

It’s claimed that Dordrecht is literally the oldest official town in the country. Having been granted a city charter in 1220, it’s older than Amsterdam, Leiden, Haarlem, or Utrecht.

And for those early centuries, Dordrecht was one of the most powerful political and trading centres in the land, or — more appropriately — on the water. In 1572, at the beginning of the Eighty Years’ War (the Dutch war of independence from occupying Spain), it was in Dordrecht where political, military, and ruling class leaders from all over the Netherlands met to declare independence.

War and future independence were sparked here. For Americans, it would be like the signing of the Declaration of Independence in 1776 in Philadelphia, when the newly formed United States declared itself free from England. Here, in Dordrecht, a similar political event unfolded, more than 200 years earlier.

To get a sense of Dordrecht’s past, check out the anonymously painted ‘St. Elizabeth’s Day Flood‘ in the Rijksmuseum. It’s an amazing painting depicting the tragic events of 1421 when the dykes in the surrounding countryside were breached and 22 villages were swept away in the flooding.

You’ll realize that most of Dordrecht look pretty much the same today as it is depicted in the painting! The Grote Kerk in Dordrecht’s old town looks exactly the same and the view from the top makes you feel as if you’ve climbed right inside the ‘St. Elizabeth’s Day Flood’ painting itself. Prachtig!

Where to start (and continue) your day trip to Dordrecht

For a modern visitor to Dordrecht, the town is easy to walk around. Unlike Rotterdam or Amsterdam, it’s so small you can hardly get lost. Keep wandering around and when you get to the river, turn around. You’ll likely start your visit from the tiny train station. Look out the window as you approach the town for excellent views.

The walk into the town centre is very short and fast. Make sure you stop by at the VVV (tourist information centre) on your way to grab a free map of the town or buy tickets to the museum here. The ladies behind the desk might be the most friendly Dutch people anywhere!

Then, after getting oriented, head for the Visbrug — the landmark bridge over the Wijnhaven canal at the foot of the Stadhuis. Note the two lion sculptures in repose, guarding the magnificence of the environment. Wander the streets in this central neighbourhood and you’ll see some of the oldest houses in town, many dating from the 1660s. Stroll down Voorstraat, one of the nicest shopping streets, until you see the noble Augustinerkerk.

It is an elegant old church with a small almost hidden doorway leading to Het Hof, a gorgeous hideaway spot of tranquillity where you can almost sense the ghosts of important town citizens strolling around conducting business deals and gossiping about ships and commerce. Then walk down to where the land comes to a point sticking into the river, the Groothoofdspoort.

This is the ideal spot to just look out over the water and let the mind wander and soak in the ambience. The riverfront views are incredible. Take a seat on one of the promenade benches and enjoy the views. You’ll see pleasure boats bobbing out on the water. Perhaps even a huge commercial tanker drifting by like a whale! And you’ll find outdoor cafés on each corner, dotting the streets. Stop for a coffee or a beer and relax — this is about as Dutch as you can get! Heel mooi.

Museums to visit on your day trip to Dordrecht

The one museum you shouldn’t miss is the Dordrechts Museum. It’s sort of like a mini-Rijksmuseum but way less intimidating and actually manageable to explore in one visit. However, you’ll still want to devote at least solid two hours to exploring the important classic art and rotating modern art exhibits, with a stop at the nice gift shop and typical café inside.

I also made time for a quick visit to the Museum 1940-1945. It depicts the Nazi occupation of Dordrecht, the subsequent Dutch resistance movement, and the story of World War II in the southern region of the Netherlands during a very dark period of history.

It’s a tiny museum — like the ground floor of a townhouse tiny — but the men who guide you through it are extremely kind. I asked about a film, and the next thing I knew, they had set up a TV monitor and placed old VCR tapes on for me to watch. Dordrecht is truly a great small town for an authentic Dutch experience.

Must-see on your day trip to Dordrecht: Grote Kerk

After checking out the stunning Dordrechts Museum, wander toward the Grote Kerk on the other side of town. You can’t miss it — just look up! Like those Parisian hotels that boast an “Eiffel Tower view,” (which, in my opinion, is a scam since you can see the Eiffel Tower from ANYWHERE in Paris), the Grote Kerk looms majestically over Dordrecht as if to guard its ancient secrets and spirit. Built over a 150-year span, the Grote Kerk allows visitors to climb the spiral stairs to the top — all 275 steps!

Have you ever been on a day trip to Dordrecht? Tell us in the comments below what your favourite thing was!

Editor’s Note: This article was originally published in June 2018, and was fully updated in January 2022 for your reading pleasure.

Previous article5 reasons why a Dutch SIM-only subscription could be your new best friend
Next articleWeekly update: Dutch infections beat records but hospitals are coping 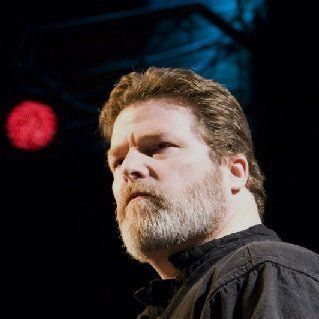 Alex Foster
Alex Foster is an American of Dutch heritage and 11 generations later he still feels a great love of all things Dutch! After college in the US, Alex lived in the Pieter DeHoochstraat for 2 years, learning basic Dutch and beginning a life-long affinity for the Netherlands. Currently, he returns annually and enjoys exploring all corners of the Netherlands.

Ah, The Hague. The international city of peace and justice, the home of many international institutions, and the seat of...
Day Trips

Concrete roads, car parks, traffic jams, train rides, another day in the office, just like yesterday. Yet, the next vacation...
Day Trips

Roadtrips from the Netherlands to Germany: a guide to your summer getaways