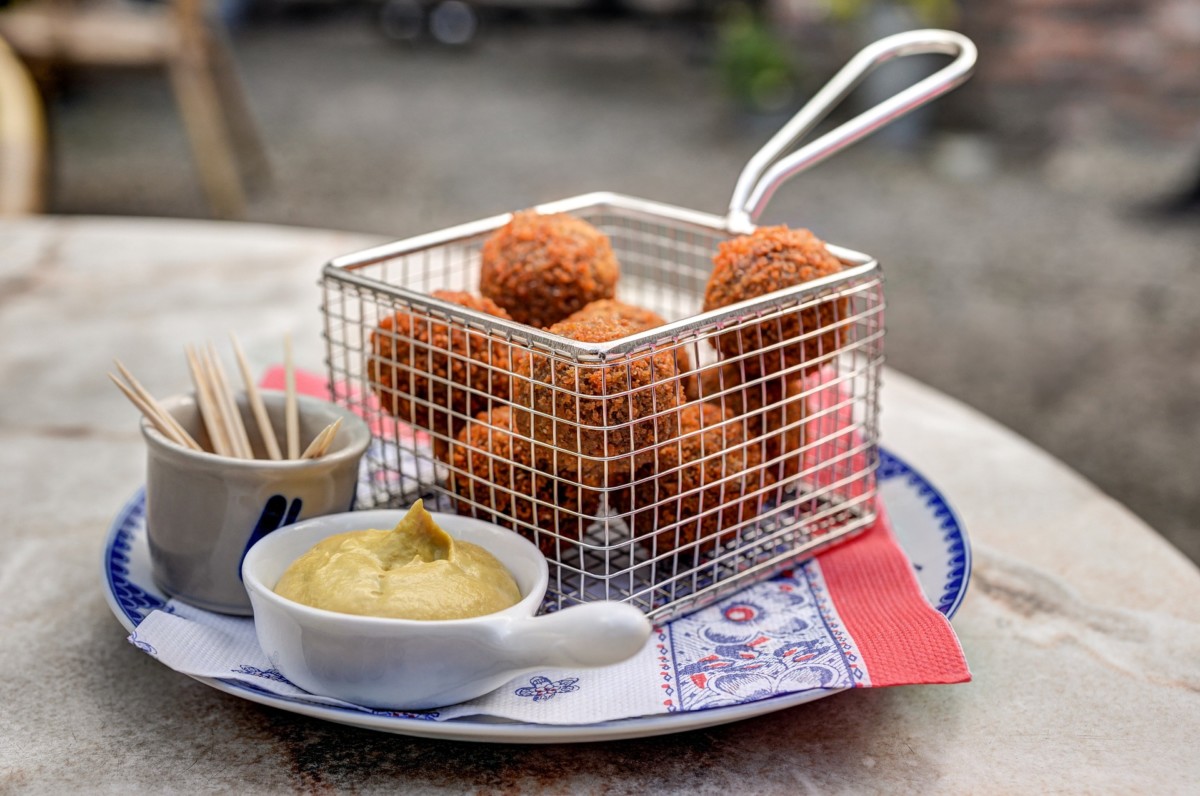 There are some things the Dutch don’t talk about that they really really should. What on earth is in bitterballen? Why are we a tax haven?

This article ranges from the absence of curtains to the unspoken presence of colonialism, but, for your information, it does not talk about Sinterklaas’s problematic helper, which the Dutch definitely talk about more than enough.

1Things the Dutch don’t talk about: the importance of curtains

Listen. In most civilised countries, people close their curtains when night falls and the darkness outside means that everything you do inside your house can be seen from outside. We knew the Dutch were into openness, but open curtains? Really? For better or for worse, Dutch people tend to keep their curtains open in the evening, especially on their living and dining rooms. You can see families chatting, eating together, or watching TV as you stroll through the city, which is lovely. But also weird. Why don’t we talk about this more?

Dutch people might not talk about bureaucracy, but we internationals sure do. Image: DutchReview.

There’s no doubt that a little bit of bureaucracy is great. Even a lot of bureaucracy is great. But the Netherlands goes way too far on this front, and many internationals especially struggle with it. It seems like a bad joke when you first hear that you need to have a fixed address to get a BSN, which you need to get a job, which you need to have to be able to afford a fixed address. Alas, it is true, and it is A struggle. Dutch people, though, don’t ever talk about this, presumably because they’ve been indoctrinated since birth to tell the government everything about themselves. Or maybe those of us from somewhat disorganised countries just aren’t used to this level of organisation.

4Things the Dutch don’t talk about: sinking in a few years

Look, we understand why you’d want to ignore this one. No one wants to think about being accidentally underwater, but the science has shown that the Netherlands is slowly sinking. Will we survive? As yet unclear. And with sea levels set to rise anyway as a result of climate change, it’s weird that most Dutchies don’t talk about the distinct possibility of, well, being under water soon. To be fair, though, the Netherlands is strong on innovation, especially when it comes to making things more sustainable– so we’re quite confident that eventually, they’ll start talking about this minor problem and come up with a solution.

As is the case with most former colonial powers, the Dutch don’t talk about colonisation nearly enough. Generally, the VOC and the Dutch Golden Age are viewed as a part of history that the Dutch can be proud of. But, as closer inspection shows, these eras were as full of exploitation and racism as art, trade and nationalism. There is still an unwillingness to talk about this among Dutchies, including at museums like the Rijksmuseum, which has refused to stop using the term ‘Golden Age’.

6Things the Dutch don’t talk about: being a tax haven

Another awkward one: the Netherlands is an internationally renowned tax haven, which is not something that we ought to be proud of. But it’s also something we have to talk about, in order for it to change. The Netherlands has created an effective strategy for encouraging foreign investment: offering multinational companies an enticing package of subsidies and tax breaks if they choose to locate here. Not only does that create a ‘race to the bottom’ among countries across the world, the end result of which would be a very low tax rate for corporations- it also vastly reduces the amount of tax revenue the Netherlands gets, forcing it to put higher taxes on working and middle-class people.

7Things the Dutch don’t talk about: what on earth is inside bitterballen?

While internationals living in The Netherlands love to complain about Dutch food, Dutch people themselves barely mention it. Is this out of grief? Perhaps. But it may also be because there is a dark secret behind the ingredients of the nation’s favourite snack- bitterballen. Usually eaten alongside alcohol so you forget to wonder what you’re eating, Dutch people point-blank refuse to tell you what is in these salty, fried, vaguely meaty snacks. This might be one thing we’re kind of glad Dutch people don’t talk about, because we don’t want to have to say goodbye to these potentially snail-filled snacks.

What other things do the Dutch not talk about? Let us know in the comments below.