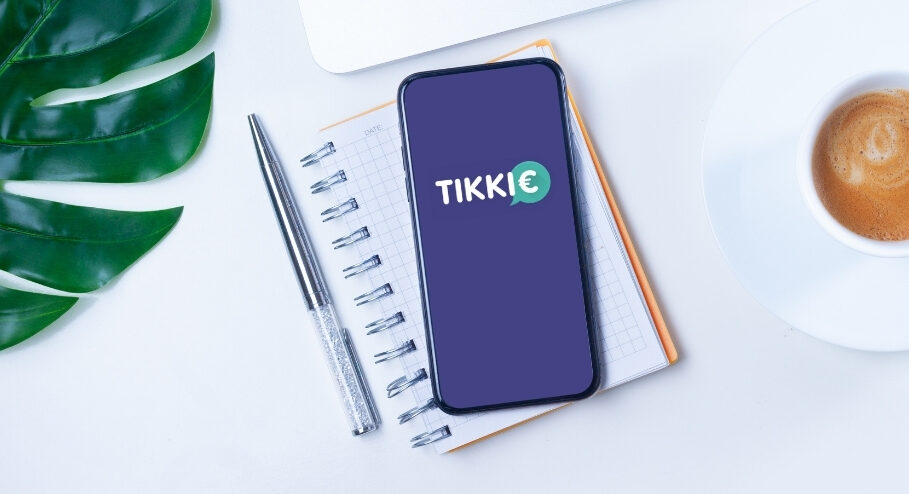 Anyone who lives in the Netherlands has probably found themselves in a situation where someone says the following: “don’t worry about it, I’ll Tikkie you,” — to which you’ve been left very confused.

Did they just say they’ll tickle you? No. Did they just pay for your food? Also no. They said they will Tikkie you. So what the hell is Tikkie? Here’s the low-down on paying up.

Tikkie is an online payment app that allows you to forward payment requests to people via WhatsApp, or pay through a QR code. Once you open the request or scan the code, you’ll be asked to forward the money through your online banking. There is a huge Tikkie culture in the Netherlands so it’s probably best to familiarise yourself with the app.

For example, if you think someone is being extra generous by buying the drinks all night, bear in mind that you’re actually going to wake up in the morning with not only a hangover, but also a pricey Tikkie on WhatsApp. Or maybe a not so pricey Tikkie — every month, 10,000 Tikkie payments for under €2 are sent! We would say we’re am surprised, but this is the Dutch we are talking about after all.

How does Tikkie work?

How Tikkie works is very simple. If someone owes you money, you enter the amount into the Tikkie app and are then asked to select who needs to pay the money from your WhatsApp contacts (it’s a wonderful powertrip.)

A link is then sent via WhatsApp to the person who owes money. What’s handy about Tikkie is that the person who receives the request doesn’t even need the app in order to respond.

On top of that, everything runs through your own bank account, so no separate online wallet is needed — you’re simply directed to your current bank account through iDeal.

Tikkie can also be used as a form of payment in places such as markets. Customers can scan a QR code which will take them to a pre-filled form on the Tikkie app. The customer then simply agrees to pay the amount.

Why should I use Tikkie?

While there are elements of Dutch culture that will always remain resolutely outside of my social skill set — I will never be able to be as unapologetically direct as the Dutch — one adaptation that I have easily adopted is Tikkie culture.

Not sure how to ask someone to pay you back? Just send them a Tikkie. Perfect for all us non-confrontational folk.

No more fuss when splitting the bill

Not only can you avoid making a server’s life hard by asking to pay separately, but you can also avoid making your life harder. Forget all the confusion and fumbling involved in trying to work out how much you owe. Simply wave your hand, slap the card down on the pin machine (if you have enough money, of course) and throw an “I’ll Tikkie you” across the table — then figure it out later.

No need to worry about waiting. Send your friends a Tikkie on your journey home and (provided you have good friends) you can have your money back by the time you step off the train.

As soon as your payment request is received, they can follow the link and allow the amount to be deducted from their bank account. Payments tend to happen quickly and if you don’t trust us, trust the numbers:

It’s all through WhatsApp

Your friends don’t need to have Tikkie installed in order to pay you back, all they need is WhatsApp (and who doesn’t have that in this day and age!?)

There’s no awkward back and forth about “it won’t open” or “where do I download it from?” If your friends can receive a WhatsApp, they can receive and pay a Tikkie — no excuses!

Lars went to a party with the theme 'Super-Dutch Things' and we think his shirt wins 🤣😂ENGLISH: Will you please send…

What about the disadvantages of Tikkie?

Let’s keep it real, everything that has a pros list, has a corresponding cons list. So let’s consider the disadvantages of using Tikkie.

You can forget to send a request

To be fair, the essence of Tikkie’s disadvantages are based on the fact that it’s used by humans. People can be forgetful. Sometimes you slap the card down, tell someone you’ll send a Tikkie and then swiftly forget about it. Tikkie only works if you remember to send one.

You have to keep track of how much is owed

Speaking of memory, it’s up to you to determine how much someone owes you, the system has no magic way of knowing what you ate/drank/bought. So for those nights when the beer was freely flowing, it can be difficult to remember how much a person owes you — the only evidence of your drunken trip to McDonald’s in which you generously paid for everything is a lone stale chip on the doormat.

People can also be sneaky. While asking someone for money in person is always slightly awkward, it does have its benefits. They can’t simply disappear into thin air if they don’t feel like paying. That’s not the case with Tikkie.

The Tikkie app allows you to send a payment request but this doesn’t mean that you are guaranteed a payment. The recipient of the request can simply choose not to pay you and Tikkie can do nothing about that. For example, just because you decided to send Mark Rutte a Tikkie for your student fees, that doesn’t mean he has to pay them.  So choose wisely those who you decide to Tikkie with.

READ MORE >> New to the Netherlands? 7 reasons why bunq is the perfect bank for expats

Perhaps you know a solid group of people that you can trust to pay Tikkies, in which case you’re probably wondering, how do I sign myself up? Sign up for Tikkie is easy. You need three things:

Have all these things? Great! Simply download the Tikkie app from the app store, input your phone number and choose which bank account you want linked to the app.

How do you send a Tikkie?

So know that you have all the knowledge, how do you wield the power? Sending a Tikkie is simple!

You can also use a Tikkie QR code if you don’t have the person’s contact information. They can easily scan the QR code using their camera or the Tikkie app!

Have you used the Tikkie app before? What do you think of it? Let us know in the comments below! 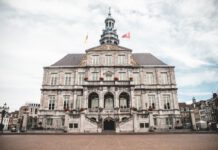 Studying in Maastricht: ultimate guide to Maastricht University and more 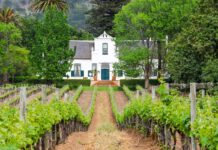 Dutch architecture in South Africa you can still see today