Racism in the Keukenhof? 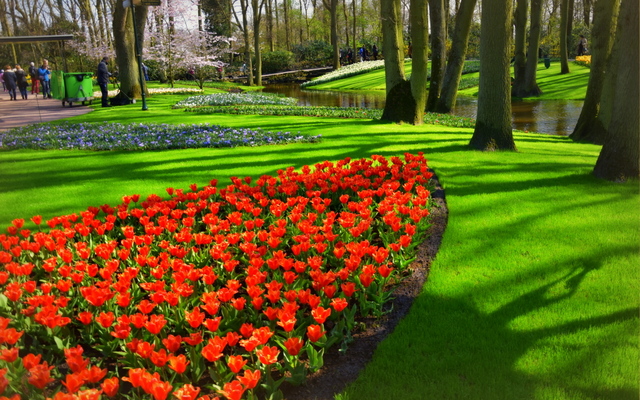 It doesn’t often happen that two of DutchReviews favorite topics are combined in one article. On the one hand we have the photogenic Keukenhof; a majestic paradise of blooms that we have written about extensively. And then there’s Racism. This ugly phenomenon too is written about extensively here. The topic of Dutch racism is a hot one these days. However, Dutch people are generally uncomfortable with acknowledging its existence and the discussion regarding the matter is also not an easy one.

A statue happened, that’s what. Apparently there’s a racist (and by some accounts also) sexist statue in the Keukenhof:

Is this statue in the #keukenhof: A: Racist B: Sexist C: None of the above

The activist group ‘ University of Colour’  has called it ‘racist’  and points at her bracelets which could also be perceived as slave-shackles. Jessica de Abreu of the New Urban Collective says that the combination of the statue being a black woman and also naked makes it both racist and sexist (link to the whole feature in Trouw here).

The Keukenhof is not planning to do anything about it though. The ‘Golden Age’ is the Keukenhof’s theme of choice this year. Not an entirely safe choice by the looks of the matter. But that’s not why the statue is there. They point out that the statue has already been there for 5 years. They will, however, consider displaying information alongside the statue explaining the motives of the artist for the perusal of visitors.

And what does the artist say? Paz Sanz says the statue actually symbolizes strong natural African women and points out that she has been making statues like these for the past 20 years. A quick peek at her profile online (no links, go and violate her privacy yourself if you don’t believe me) makes it clear that she’s more likely to be a member of the New Urban Collective than the PVV or Pegida.

Another Dutch institute labelled as racist?

First the ‘Golden Carriage’, then Gordon, Zwarte Piet and the police. And now the Keukenhof has been branded as a racist group. What do you think? Do the critics have a point, or is it just sad, stupid and misconstruing the intention of it? And how embarrassed is the guy fondling that statue right now?

Previous article
Wine in the Netherlands: Getting it Right
Next article
The Netherlands and Video Games? ask Guerrilla Games