Sometimes ‘Netflix and chill’ turns into ‘Netflix and scrolling through for an hour trying to find something to watch’. If you’ve exhausted all your Netflix options, there are streaming service alternatives, all available in the Netherlands, that are worth checking out.

Perhaps the Dutch streaming services Videoland or NLZiet are more your style? It could be Amazon Prime Video that fulfills the void. Or maybe a top contender is Ziggo or AppleTV+? And let’s not forget the newcomer on the block, Disney+, ideal for kids and big kids alike.

Check it out free for:  **UPDATE 13/2/20: this option recently disappeared for all Dutch users – weird!
After that, you’ll pay: from €7.99 per month for one screen
You can pay with: iDeal, credit card, PayPal, gift card

We’re going to kick this off with the obvious choice, the darling of video streaming services worldwide and accounting for a massive 70+ per cent of streaming service market share in the Netherlands, Netflix.

If you haven’t been living under a rock, you’re probably familiar with the video streaming giant, from its worldwide domination to its stellar Netflix Originals content. The good news is that it is available in the Netherlands, and the content is comparable to most other countries although, as always, it can differ due to regional licensing.

It’s worth noting that if you already have a Netflix subscription in your home country it will continue working in the Netherlands with no effort on your part.

If you’re looking for a streaming service that you’re familiar with and want primarily English content with just a few Dutch options thrown into the mix, Netflix will likely be your go-to streaming service in the Netherlands. But, there are also other worthy competitors below that you should check out too.

Video streaming in the Netherlands: Videoland

If you’re looking for the Dutch Netflix, Videoland is your closest bet – apart from actual Netflix, of course. Owned by German media company RTL, Videoland features shows and movies found across its owner’s television channels. Because of this, a lot of their content is very television oriented: think reality shows like Love Island, Criminal Minds and The Voice, giving them a pretty good selection of English content.

Fun Fact: Videoland was once the Blockbuster of the Netherlands – ya know, without going broke when the internet got big.

If you’re looking for something with a little more substance, they do have a hefty selection of movies, such as London has Fallen and Four Weddings and a Funeral and original television (hello Moccro Mafia!) as well. With prime position as a Dutch streaming service and over 130,000 minutes of pure Dutch content, it also gives you a good challenge to practice your Dutch.

Ultimately, when looking for an alternative streaming service in the Netherlands, Videoland is well worth signing up for their free trial.

Need more information about Videoland? Find out what you can watch, which devices you can stream it on, and what’s coming soon.

Check it out free for: one month
After that, you’ll pay: €7.95 per month
You can pay with: iDeal, credit card, PayPal

The major advantage of NLZiet is that it’s a rare integration of three major television stations: NPO, RTL and Talpa TV (formerly SBS). NLZiet is an attempt to combat the tough competition of streaming providers by making everything available on their eleven channels in one streaming app.

The major disadvantage of NLZiet though? Its English selections are limited. There are some options, like Grey’s Anatomy, CSI, and The F Word, but unless you speak Dutch you’re unlikely to get the most out of this subscription.

On the bright side, if you do speak Dutch or are looking to practice your nederlands, the Netherlands is famous for creating some very popular international television shows, like Survivor, and Big Brother.

For our top picks of NLZiet’s Dutch selection, see Utopia, where a group of strangers are given a piece of land and challenged to build a new society. We also love Hunted, where 13 ordinary Dutchies have to avoid a specialist team of investigators for three weeks.

Check it out free for: thirty days
After that, you’ll pay: €7.99 per month
You can pay with: credit card, PayPal

Amazon Prime Video made their first foray into the Dutch market back in 2016 but took a while to gear up to their best offerings. Thanks to a push in the United States, Amazon’s main offering is their original content: series like Modern Love, Fleabag, and The Marvelous Mrs. Maisel could encourage some viewers who are bored with Netflix to switch to Prime.

However, it’s not all original content – and that’s a good thing. Amazon also hosts some big-name series like Vikings and Hollywood-budget films like Lord of the Rings and Harry Potter.

To watch Amazon Prime Video in the Netherlands you do need to go through Amazon Germany’s website – unfortunately, a Dutch version still doesn’t exist. That’s fine, it just means there is a lot of German content available as well. Nicht schlecht!

Video streaming services in the Netherlands: NPO Start Plus

Check it out free for: one month
After that, you’ll pay: €2.95 per month
You can pay with: iDeal, credit card, PayPal

It does have a few options that might be enough to get you in for a trial: the historical drama Victoria, Eurovision, or nature documentaries like March of the Penguins 2.

We’re including it as an option because it’s quite popular among the Dutch, so if you do have some handy language skills under your belt, it could be enough to take your fancy. If you’re disappointed in it, no big deal – it’s less than three euros a month.

If you do have some favourite NPO series, it’s perfect for binge-watching those babies with no advertising. And, if something important is being covered on live TV you can watch that too.

Check it out free for: 7 days
After that, you’ll pay: €6.99 per month
You can pay with: iDeal, credit card, PayPal

A new addition to the Dutch streaming circuit is crowd-favourite Disney+. Not just limited to kids shows, Disney+ launched with superhero action movies from Marvel, galactic space battles from Star Wars, and some National Geographic when you need to chill out.

Disney+ came in strong to the Netherlands, offering extensive free trials to the country while it tested the system for worldwide release. Now it offers some of the best conditions of any streaming service: a low cost, downloads on up to ten devices, and streaming on four devices at any one time.

Want it? Get it with our link and help keep DutchReview going!

Eager to grab their piece of the streaming pie is Apple TV, another new addition to the lineup. Promising only Apple originals, it does offer some fresh new content – but the lack of shows may be enough to deter some viewers.

Regardless, Apple TV+ is in the game of boosting their subscriber numbers with unbeatable offers like free Apple TV+ for a year when purchasing an iPhone, iPad, iPod touch, Mac or Apple TV. That means if you’re into Apple’s ecosystem you could be getting their premium tv offering for free.

Even if you’re not, at €4.99 per month Apple TV won’t be breaking the bank. And, it’s user interface is everything you can expect from Apple: clean, streamlined, and effortless.

Check it out free: if you have a Ziggo plan already
You can pay with: direct debit (from a Dutch bank account), iDeal, bank transfer to IBAN, cash/pin in person at Travelex

Ziggo itself is not a standard streaming service but is an internet and television company in the Netherlands that offers a streaming option, Ziggo Go. The catch? You need to be signed up to one of their other services first.

However, if you happen to already have your television or internet through Ziggo, Ziggo Go is at your fingertips, allowing you to replay content from any of the TV channels that are part of your subscription. Keep in mind you only get 7 days from when they were originally broadcast to watch them again.

That’s enough content to chill out for months! Which Dutch streaming service did you end up choosing? What did you think of it? Let us know in the comments below!

Editor’s note: All information in this article was correct at the time of publishing in November 2019, but boy does technology move fast! If you’ve discovered anything that is now inaccurate we would love for you to bring it to our attention in the comments. 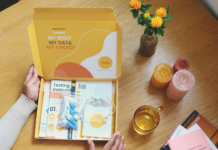 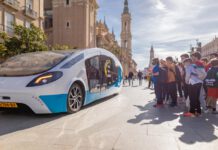 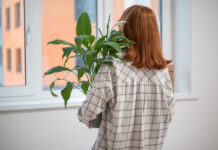