Candidate Eelco Keij and the International Vote: a closer look 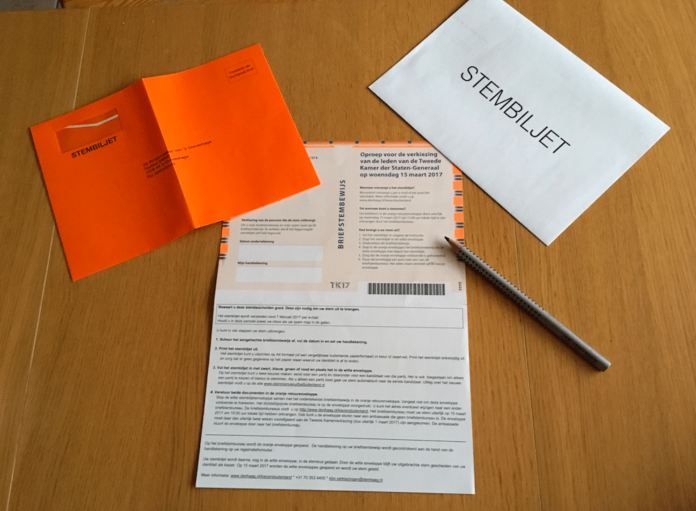 An interview with Eelco Keij, the dual citizenship championer of the upcoming Dutch elections

If there’s one thing that is made abundantly clear in this year where Brexit, Trump and Dutch elections are all happening it is the valued position of a second citizenship. It doesn’t matter much which side of the fence you are on, the value of having another passport is undeniably high. It can be the decisive factor whether to remain in a country, get into a country or if you can vote. One international Dutch man has been underlining the importance of dual citizenship and everything that comes with it for years now: Eelco Keij. Since he’s actually electable for the upcoming elections it’s about time we take a serious look at what this all entails.

So Eelco, you’re running a preferential campaign for parliament, how did you end up doing this?

For years I have been fighting for this and other issues that are relevant to the Dutch abroad. Ultimately, there is no better place then parliament to voice your opinion and to have it converted into action. So when these elections came up it seemed like a golden opportunity. To my regret I got placed low on the list of D66: spot 39. Since this is normally speaking an un-electable position, it forced me to make the decision whether to withdraw or to go for the preferential vote. I have thousands of followers abroad and they all urged for the latter, which I then did – because of the electoral system we have, I need 16.000 preferential votes to make it to parliament. These votes would help me “jump” over other candidates. So here I am, trying to get these votes, by campaigning intensively, not online online but also in person – flying all over the world to give presentations to the Dutch abroad.

What drew your attention to the cause of people with dual citizenship?

It all started in 2011 when I became an American citizen myself – being allowed to keep Dutch citizenship. This, I then learned, is the exception to the rule: normally you lose your Dutch nationality when you adopt another nationality. And you don’t “just” lose it: it’s done with immediate effect and without warning. This is exactly that happened to thousands of Dutchies in the past decades.

For years now I’ve been trying to raise attention to the difficulties that Dutch citizens with another passport face. Of course first as someone with another passport myself, I’ve always found it astounding that the Dutch government never helped us properly or even tried to work against us. Personally what did it for me was a letter years ago from an elderly Dutch Canadian woman who’s Dutch passport was taken away, she just wanted to pass away as a Dutch person as well, that was very sad.

So why is the Dutch government not feverishly helping out their international citizens?

Several political parties still view Dutch citizens abroad in an outdated way, as wealthy people being sent away by a certain oil company without any problem in sight. Mostly however, they simply don’t care about them – let alone they understand that the Dutch abroad are of an added economic value to the Netherlands. And then there are the cutbacks on the diplomatic work as well, really not supporting the international community that is so vital to the Dutch economy.

Eelco, why are Dutchies having a dual citizenship actually a good thing for the Netherlands?

International research shows that there is a strong relation between where Dutchies abroad live and places from which money streams to the Netherlands. It’s safe to say that the Dutch abroad are an big economic asset to the Netherlands, and that isn’t a surprise – many countries with immigrants abroad hugely profit from these groups. Why wouldn’t this be the case for the Netherlands? (red: read more on this issue in Eelco’s book called ‘capital connections‘.) And then there’s the cultural factor as well, people abroad are always the first and natural ambassadors of any country, why not just help them out like any other country? It’s not a coincidence that most tourists visiting the Netherlands come from countries where a great deal of Dutch people live.

the Dutch abroad are an big economic asset to the Netherlands

We wrote about bureaucratic difficulties many many many times, what’s troubling the Dutchies abroad?

The VVD-PvdA government of the past 4 years wasn’t really good for Dutch citizens living abroad. They’ve made extending your passport more difficult, huge cutbacks on the diplomatic network and slashing the subsidies for language courses for Dutch families abroad. And: they explicitly stated that they are against dual nationality.

The biggest problem however, remains voting from abroad. There are loads of bureaucratic hurdles to jump before you can actually vote from abroad, which makes fewer sense with every year considering all the possibilities offered by the digital age we now live in. For example, one has to mail, by old school post companies, their voting ballot to the Netherlands in a government-issued, also-coming-by-mail, orange envelop. Orange is not always good since in this case all this back and forth with the mail results in thousands of votes getting lost and not being counted. And not to mention all the possible delay’s, so make sure you send your vote to The Hague well before the 15th of March DutchReview readers!

Right now we are detecting a HUGE problem for many Dutch voters abroad (people aren’t receiving their ballots) so we decided to create a world map on my website where people who are still waiting for their ballot can indicate their location.

All in all I’m thinking, surely we can do better with our democracy? Being able to vote is not just any right: it’s a fundamental pillar of our democracy.

How will a vote for you also be a good thing for the expats in the Netherlands?

Most legislation applicable to Dutch citizens abroad also applies to or indirectly affects the expats in the Netherlands with Dutch citizenship. And think about all those international marriages! Most of these people, be it Dutchies abroad or the expats here, just want to work hard for a nice and successful future without having to think about bureaucratic stuff such as getting the right paperwork, I’ll be fighting for them as well. And of course D66 in general is the party to vote for when it comes to strengthening education and promulgating international trade and cooperation.

Ever contemplating leaving the Netherlands again, you know – not thinking about this electoral adventure in which you are right now?

Ha! Sure, although the roots are Dutch the adventure always keeps calling. But to be realistic, like with so many other ‘international’ families it more and more depends on what our kids where we will end up. And that’s a good thing, because families should decide together on where to move, work and life – and not have it decided for them by some civil servants.

families should decide together on where to move, work and life – and not have it decided for them by the some state

Want to know more of Eelco Keij and his policy plans? Check them right here.

If you want to know more about Eelco’s talking points you’re lucky, he’s doing an international round of talks (you’re either preaching for the international vote or not). Here’s the last part of program:

What do you think? Have you already made up your mind about who and what to vote for? Feel free to share your thoughts. 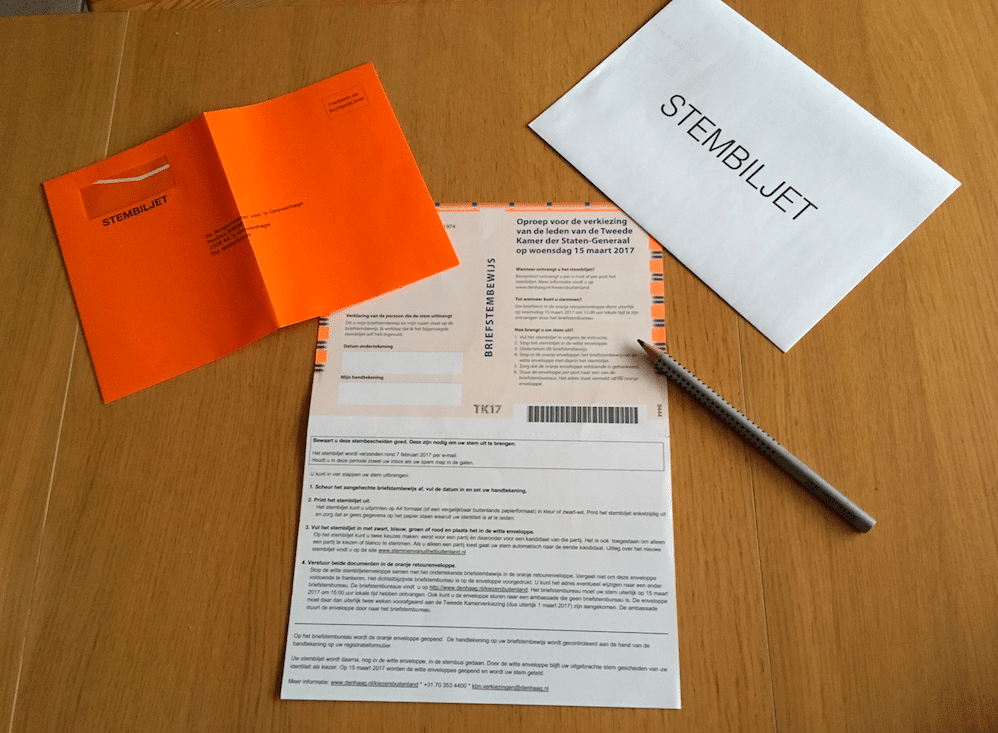 Previous articleThe Kröller-Müller Museum: A day of great nature and Van Gogh
Next articleOn frying and fietsen: 5 reasons why the Dutch aren’t fat