How Not to Get Raped in The Netherlands 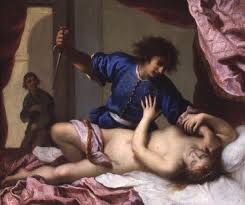 Whilst casually browsing the interwebs the other day I came across an article that left me dumbfounded. According to the Telegraaf newspaper (I use the term ‘newspaper’ loosely here) the majority of Dutch boys and men between the ages of twelve and twenty-four believe that women incite men to sexually assault, rape or otherwise harass them by dressing in a sexually seductive manner. One quote that was used was “if you are wearing a mini skirt then aren’t you asking for it?”. This is very thin ice to be skating on in my opinion. It says a lot about how even today, in The Netherlands, a society many consider to be largely emancipated and where equality and freedom of speech for persons of every sex, race or religious conviction are thought to be held in high regard, ignorance and discrimination are still deeply ingrained in public opinion. There is still the unfounded belief that the way a woman dresses, or the lifestyle she chooses, are somehow an invitation to sexual harassment. Even when a woman is raped and violated against her will, she is somehow culpable as she must have been “asking for it” by wearing revealing clothing, drinking or being promiscuous.

It is scary to think that though it is now outrageous to consider darker skinned people to be lazy, physically handicapped people to be mentally retarded, Jews to be greedy and have big noses or heck, I don’t know planet Earth to be flat, it is apparently STILL okay to consider women who wear short skirts to be deliberately seeking sexual attention or worse from men.

Though rape and sexual harassment are things that are not exclusive to women, the problem I have with the afore mentioned statistics is that the attitude society has towards women in general and of how we treat the victims of these horrific crimes in general, is as though they were standing trial for their character. This attitude does seem to be exclusive to women.

Though not many of the men and boys who filled in the questionnaire would probably go so far as to say that they believe a woman deserves to be raped because of the clothing she wears (or lack of it), it does illustrate the deep-seated belief that is still widely held by men not just in The Netherlands, but worldwide, that women apparently are responsible for the way they are treated by men. This is one reason why so few women come forward and report being sexually assaulted or raped – the character assassination that follows. Can you imagine the victim of a burglary having to defend the fact that he or she had visible signs of wealth in their house or on their person? That by having a nice car you were “asking for it” to be stolen? That this person would be scolded for going out for dinner, thereby leaving their house with their flatscreen TV and laptop carelessly unattended, just taunting the burglar to come in and take it all, even though it wasn’t theirs to take?

In fact, most women are raped in their home or workplace. Ninety percent of rapes are in fact committed by someone who is known to the victim. Attractiveness is not a factor, vulnerability is. Telling women that if only they would dress modestly and not go out at night by themselves, then they would be safe from rape, is utter stupidity bordering on dangerous. In Egypt there are women wearing a full Niqab (face covering veil) who still, are sexually assaulted.

So tell me, what kind of invisibility cloak do female victims of sexual assault have to put on, in order to prevent men, and worst of all – other women, from holding them personally responsible for being attacked?

What’s clear is that rape and sexual harassment of women seems to be endemic in our society across the globe. The only thing we can do to combat prejudice, is to raise awareness of the real issues at hand and educate both women and men. One way to contribute is to participate in BBC World’s 100 Women discussion, the prelude to the 100 Women conference (Friday 25th October 2013, BBC Radio Theatre, Broadcasting House, London).

Previous articleCarlos Slim and the KPN Heist
Next articleDutch Copyright Wars: 4 Updates from the Frontline

Ok, picture this. You're at the office (during better times), the clock reads 12:42 and you're fired up like one...

Weird announcements have been disrupting Eindhoven's shopping district, giving people coronavirus-related advice — and residents are creeped the F out. The announcements started last...