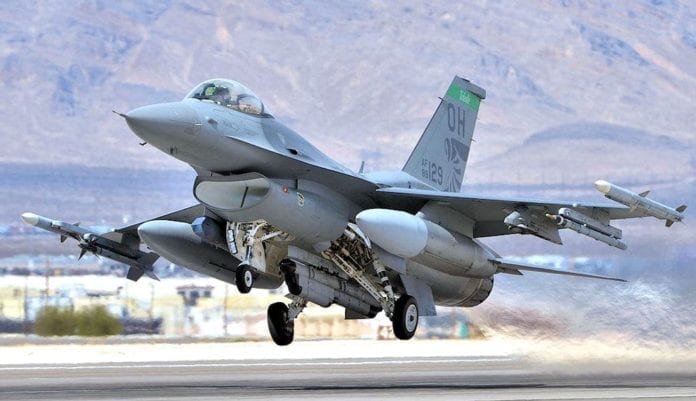 Today, the Dutch Royal Air Force has confirmed ongoing rumors that The Dutch King Willem-Alexander has taken active part in the ongoing Dutch military mission in Northern Mali. During the early 2015 campaign to protect the people of Mali against extremist jihadist war lords, King Willem-Alexander had personally taken it upon himself to pilot an F-16 Fighter and attack ground targets belonging to the feared ISIS organization.

Sound familiar? The King of Jordan was rumored to be ready to “personally bomb ISIS” after the horrifying death of Muath al-Kasabeh, a Jordanian pilot who was captured and executed by ISIS in January 2015. However, these notifications were later proven to be false.
While surprising to many, Willem-Alexander actively taking part in military action is not all that unexpected. His grandfather, the late Prince Bernhard, was a Spitfire pilot during World War II and was decorated with military honors after flying bombing mission over occupied Nazi territory.

“I taught them a lesson”, the controversially unbearded King said in a press release. While pumping his fists in the air to emphasize every word he spoke: “A lesson which they will not soon forget… because they’re all dead!”

Other critics have doubted the King’s military actions from a strategical point of view, claiming that the targets were less terrorist hide-outs and more civilian sanctuaries. The sovereign was quick to respond: “Nay-sayers gonna hate. What we know for a fact is that the terr’ists are getting more and more bold in their actions: one of our targets was cleverly disguised as an orphanage run by nuns, but we saw through their trickery. Yes, some people have speculated that there was more to its appearance than mere camouflage, we can never be sure about that. And as they say back home: “waar gehakt word, vallen spaanders.”

In the end, King Willem-Alexander remains unmoved by the criticism that his aerial actions have provoked. “We, as a free people, maintain the right to deploy our armies wherever it is geopolitically convenient. We made a stand today for freedom, and against terror! We’ve shown these [explicit] that we have not forgotten about Pearl Harbour!”

The Dutch minister of Defense, Jeanine Hennis-Plasschaert, was unavailable for comment on possible future military action by the Dutch monarch, though she did cryptically add: “But if you’re planning on visiting Moscow this summer, I’d reconsider.”

Previous article
East meets West: Asian Perspective on the Dutch World
Next article
Should not registering for Organ Donation automatically make you a donor?