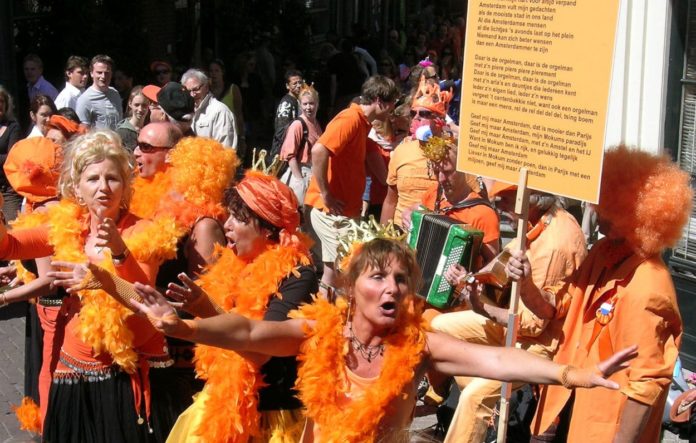 Dutch Cultural Observations: but no tulips and cheese this time

Are you tired of reading about the culture in the Netherlands that apparently is dominated by cycling, bitterballen, and soft drugs? Then read on to discover my top ten alternative, rather more quirky, observations on the Dutch and Dutch culture:

1.Discovering a discount at the check-out.

This is a pleasant one to experience. Usually it’s related to stuff you buy in department stores, or clothes and shoe stores, or big DIY stores.  You’re at the check-out ready to pay for your product, you hand it over to the cashier, and out of the blue there’s apparently a massive discount on your chosen item, without any obvious advertised sale or any other explanation. Fantastic! You don’t bother to enquire as to why the price has suddenly halved. You think maybe there has been a mistake and it’s better to keep your mouth shut. The real reason for the discount remains a mystery. After your first time you’re always secretly hoping it will happen again, but the truth is you never know when the mysterious discount angel will next pay you a visit.

Did you manage to understand the driving rule that means that the vehicle coming from your right according to your direction of travel has right of way? If you are driving or cycling along a road and there is an adjoining road on your right side, you are expected to slow down or stop and allow any approaching vehicle to pull out in front of you. Grey areas exist where road markings are absent or when cyclists don’t always follow traffic rules. Sooner or later you’ll experience the mis‑interpretation of this peculiar rule, when an angry motorist almost runs you over and you hear that familiar yell out the window as he passes by: “Ik kom van rechts!”

Let’s take the supermarket example: – its 6pm, it’s busy, and there are people standing in line at the Albert Heijn who are tired and annoyed at having to wait. Suddenly a girl arrives to open up a new check-out. You can forget the courtesy of allowing others that were waiting longer than you to go first at the new check out – it’s just gonna be a mad scramble to get into that new line as quickly as possible before the others! This mentality can also be seen when trying to get into the train, tram or bus, when buying tickets at the cinema, or when the train has been cancelled and everyone runs to get into the replacement bus. Come on Dutchies – why don’t you follow the Brits and learn how to queue?!

Not had your bike stolen yet? Then you are probably extremely careful or extremely lucky. To me it seems bizarre that theft of a certain type of personal property has become tolerated or generally accepted in a society. I’ve spoken to plenty of Dutchies that feel like stealing a bike or a scooter is something every Dutchman has done at least once in their life. Almost like it’s one of life’s valuable lessons, or an experience as part of growing up in the Netherlands. 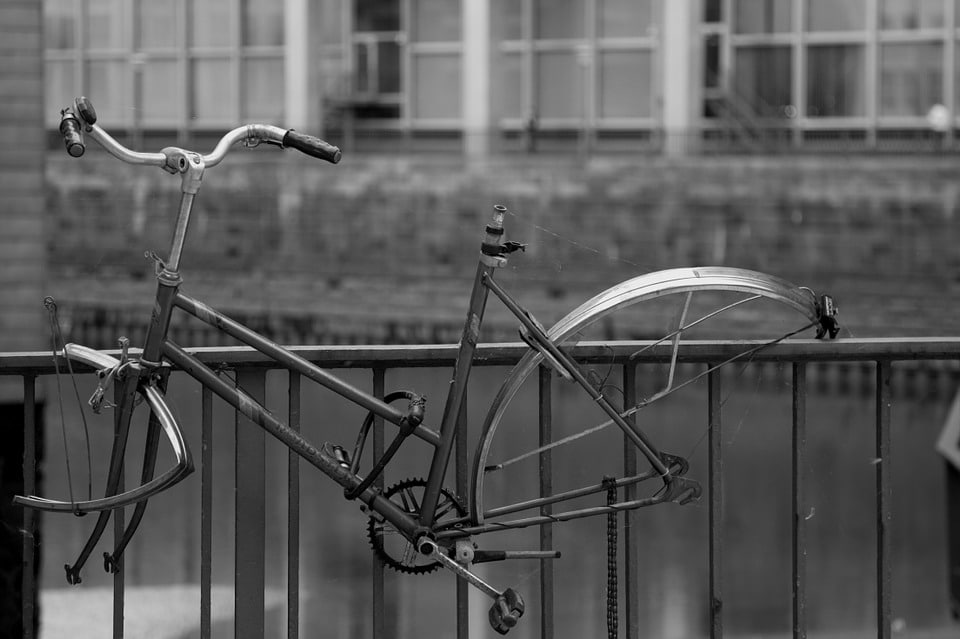 People tend to just accept it and move on. Just use a crap bike and there’s less chance it will get nicked. Often there’s no point in reporting it to the police since they won’t bother to take any action. Organized groups of thieves will collect unsecured bicycles in one city, transport them, and sell them in another.

So, don’t buy a bike on markplaats unless you can be sure of where it came from. And don’t buy a bike from some dodger who’s hanging around outside the station late at night. You’re just creating demand, helping thieves to profit from crime, and driving up the cost of insurance for everyone.

The Dutch are brilliant at street parties. If drinking and listening to live music outdoors is your thing then you’re in the right place. On king’s night and king’s day around the country, at other events in the summer, or 3 Oktober in Leiden, you can expect to find live music stages everywhere, copious amounts of beer available on every street corner, and enough burgers, patat and frikandellen to feed an army. If you’re lucky you’ll get the day off work to enjoy it, and if you’re really lucky you might even get bathed in sunshine all day. Everyone gets into the party mood, there’s not usually much trouble with drunken aggressive blokes, and all the entertainment has been organized for FREE. There will be crowds of volunteers available to immediately clean up the aftermath before life gets back to normal. It’s just unfortunate that your own personal recovery from drunken debauchery doesn’t go so quickly.

6. Getting stuck behind a car on your bike

Most of us have been there before, especially on the narrow roads along the canals in Leiden. You’re on your way somewhere and despite your best efforts to find a good route you’ve had to stop and wait while someone is fanny-ing around trying to park their car, or someone unfamiliar with their surroundings is driving at a snail’s pace along the road. Do you mount the pavement and scare the shit out of anyone walking there? Do you try to sneak past the car and risk a collision with an on-coming cyclist? Or do you wait patiently and then show your irritation with a well-directed scowl? It’s up to you!

Be sure to follow DutchReview on Facebook in order to not miss out on any other good stuff!

7. The Circle of Death

This one may qualify as a cliché, but I feel its worthy of a listed place here due to its cultural significance and importance. The circle of death takes place usually at a birthday party or other family gathering, whereby seating arrangements are strictly inward facing and circular. Usually it’s one topic of discussion or conversation that takes place within the group at any one time. Slightly breaking the circle or starting side-conversations may be acceptable but are generally not encouraged. Just accept that’s the way it is, try to join and enjoy the conversation, and enjoy the tasty cakes and drinks!

8. Saying goodbye to the guests

Saying goodbye to friends or family at the end of the night is very important and has to be done in the right way, as follows: everyone has their final little chats whilst putting on their jackets, kisses etc. Then the hosts should follow the guests outside saying “Doei!” and/or “Dag!” repeatedly. Then you must start waving and keep saying “Doei” loud enough so that all the neighbours can hear it. Usually the guests will lower their car windows to facilitate better communication during waving and saying “Doei”.

Then, as the guests slowly drive away the hosts must remain outside and keep waving and smiling until the car has driven completely out of sight. Going back inside and then waving from behind the window may be acceptable according to the weather conditions. So there you have it – follow the rules!

9. Having the right sports gear

Think about it. Have you ever seen a runner that doesn’t have figure-hugging lycra running pants, a lightweight polyester breathable running sweater, with colour co-ordinated matching accessories? Probably they also have a device tucked away in their pocket which records all their running statistics for checking their data later. Even those fishermen sitting at the side of the canal will have the top of the range rod and reel, whatever fancy tools they feel are required for baiting hooks and handling fish, a huge tackle box full of goodies which doubles into a handy comfortable seat. All of which can be packed up into a compact unit and tucked into the boot of a car. The same goes for cyclists who enjoy showing off their unsightly bulges in public, climbers, rowers, tennis players, or just people who go to the gym for a work out. Sometimes it’s over the top, and sometimes it’s just practical, but the Dutch don’t mess around when it comes to having the right sports gear for the right sport.

10. The most important of my Dutch Cultural Observations: Brutal honesty is socially acceptable

Whether it’s a positive or negative comment on your personal appearance, about something you’ve said, or about your behaviour, the Dutch are usually gonna tell you what they think whether you like it or not. Compliments, of course, are nice to hear. But the negative or slightly insulting ones can be more difficult to take and it’s important not to get offended. Sometimes the truth just hurts and that’s the way it is. So if you’ve had a bad haircut, or if you gained a little weight recently, somebody might just make a comment. Don’t worry about it – it’s just brutal honesty.