(Un)Welcome to the Netherlands. Holland – The Original Cool

FeaturedLiving in the Netherlands
July 2, 2013

A few weeks ago, I noticed a video named Holland – The Original Cool being shared on Facebook multiple times. After seeing it pop up on my newsfeed over and over, I finally decided to watch it.

This particular marketing campaign commissioned by The Netherlands Board of Tourism & Conventions, KLM Royal Dutch Airlines, Amsterdam Marketing and Amsterdam Airport Schiphol is actually aimed at the North American travel market . Well, I’m North American and I live in the Netherlands. Perfect! Time for me to seize a perfect opportunity to dissect Dutch behaviours and attitudes once more.

In the video Holland – The Original Cool, we meet the quintessential Dutch guy named Pim de Koel  as he boasts about all the great things that Holland (mostly Amsterdam) has to offer. Thankfully he doesn’t utter one word about marijuana or the Red Light District, there is much more to Amsterdam than that! In terms of the art direction and the production value of the advertisement, it gets two thumbs up from me; it’s creative, funny and enticing. It actually makes me want to visit the Netherlands…and I’m already here! And what better way to illustrate the “coolness” of Holland than to start with showing the world what Amsterdam is like?

The first time I watched it, I was admiring the beautiful imagery of Amsterdam on my screen (even though I’ve seen it already), not to mention Pim’s charisma and outgoing nature. The second time around, however, I found irony. Here’s what I mean: The goal of this ad is to get foreigners to come to Holland. Come visit us, we’re awesome! Look at all this art and cheese and bikes! Let us envelop you in our warm Dutch embrace! But listen to the underlying tone of the ad, is it just me or is it kind of passive aggressive? You call it this, we call it that. You call it this, we call it that. Holland. The Original Cool. End scene with Pim, beer in hand, looking smug as hell. It’s like they made a two-minute ad just to tell people how much cooler and better the Netherlands is than the rest of the world. USA, is that you? Perhaps the tone of cockiness is a nod to the unwavering (and at times over-the-top) patriotism of the Americans across the pond. Mmm…probably not, but it would totally make my argument stronger.

The ad got me thinking: Are the Dutch less-than-welcoming towards foreigners and tourists?

I’ve been told more than once that Amsterdammers hate tourists simply because there are so many of them. These lost, camera-wielding, map-holding tourists are the bane of their existence; you can see the loathing in their eyes. Honestly, I can’t blame them, tourists can be annoying as hell. Thing is, I’ve been one of those annoying tourists, you’ve been one, we all have. Imagine living in a city crawling with clueless and irritating travellers day in and day out. Even I get annoyed and I would say I’m only a level or two above tourists in terms of reaching the status of being a “real local”.

Perhaps tourists have ruined it for expats who want to somehow squeeze their way into Dutch cliques in order to really assimilate into the culture. Look at it this way: Tourists are here for a messy fling with Amsterdam, but they ruin it for expats that want a passionate love affair with it. Locals who have been here forever? Married with children. But I digress.

To paraphrase a Dutch guy I met recently: “I find that Holland isn’t the easiest place for foreigners because Dutch people tend to be closed off from them. They like to stick to their own groups.”  I believe this sentiment can be illustrated by how difficult it is to deal with the government authorities in the Netherlands. If you call the belastingdienst (tax authorities) they inform you, in English, that they are not allowed to speak English. Great. All letters from the cursed Gemeente (municipality) or the Immigration and Naturalisation Service (IND) are in Dutch. Fucking fantastic. It makes total sense to send Dutch letters to foreigners that are new in Amsterdam, right?

All that being said however, there are always two (or more) sides to the story. I’ve met Dutchies that love to hang around people from all over the world. Part of the reason why there are so many foreigners here is because there are many job openings that need to be filled by people from different countries. And let’s not forget the international student community, it’s huge! Apparently that’s not enough as the Netherlands is trying to tempt these young, educated foreigners to stay after they graduate.

Luckily for me, I came to the Netherlands through an international student organization. This meant that I was put together with a group of internationals in a similar position right off the bat. That made it easier to meet new people and make friends. My experience would have been much different if I came here on my own. I certainly would have had to exhaust a much greater effort into making friends. In other words, I probably would have been a lot lonelier. In my case, I haven’t really felt the sting of being unwelcome. In fact, Amsterdam is like a second home to me because I love the city and the people I’ve met.

Whether or not a place and its people warm up to foreigners doesn’t change the fact that you can always put in the effort to find your groove as an expat. There are tons of groups and organizations for the international community; it’s up to you to stick your neck out and meet people, Dutch or otherwise.

Previous articleAn Open Letter to Staphorst… From the Lord Thy God!
Next articleLens to Ukraine – Dutch football league is slipping 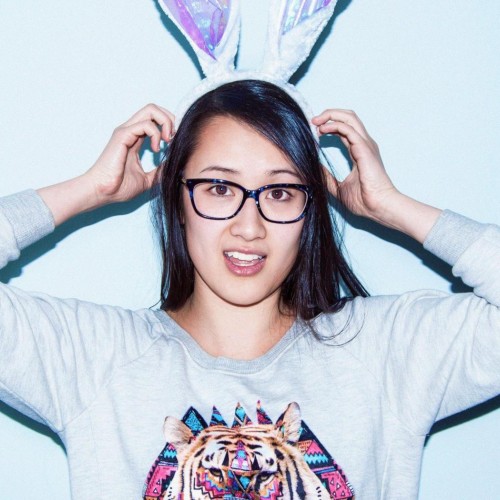