Five years ago this girl set foot in Holland. A  physical small step for Poonamkind…but a huge step for my internal system of values! The days, weeks, years after would turn into a rollercoaster ride on the waves of culture. Investing in the future of your working life is no small feat. Working in the Netherlands, even sorting utilities in the Netherlands is stressful unless you’re well compensated.

One of the first things you are going to notice in Dutch working culture – whether you like it or not- surely is the Dutch appreciation for plain speaking over subtlety, diplomacy and coded speech. This leads to a reduced usage of the word “miscommunication” in Dutch business life. Dutch love to be outspoken: they have an opinion about almost everyone and everything and it will be expressed, not matter what, even when it would mean a serious breach to the harmony and the context of the moment, but that is not really a big deal: “I am not working to make friends” is a commonly heard statement.

The above perhaps can be put better in perspective when one realizes that the Dutch simply like to put a clear wall between their private and work life. Work time is meant for work and nothing else; probably that is why Dutch are relatively efficient and well skilled in their profession. The drawback of this is of course that there is also little time to socialize with colleagues, especially with the ones who require some extra time as to get introduced to (aka you, the new foreign employee). I surely experienced that as quite a shock, but I must admit that it has a clear advantage as well: personal issues stay outside of work and vice versa.

Still missing some social connection with your Dutch colleagues? Then just make sure to visit one of the company drinks (borrels)! There you will get all the social connection you would be hoping for, along with Dutch beer and bitterballs. With a stomach full of those, even the stiffest Dutch will express himself, although the expressing itself might be loud and sometimes escalate in singing and/or shouting. It does not matter whether the boss is around or not: a borrel is not part of work, so who is he to comment on it?

The Dutch attitude towards hierarchy probably was my biggest culture shock anyways. Being a decent Indian girl I have been taught to treat my senior colleagues with respect, and refer to them as Sir or Madam, even if they would be just one year older than me. One can imagine the respect I am supposed to give to my manager in India! I am not sure what values Dutch parents and teachers teach their kids, but respect for your boss is surely not one of them. A Dutch boss will be addressed by its first name, any order given will be discussed into great detail by its people and if the word “Sir” is ever used, it is with so much sarcasm that it would sink the Rainbow Warrior.

Well, it surely took me some time to start calling my 63 year old supervisor “Hans” instead of “Sir”, but I must admit it has its good sides: discussions are brought back to the pure content when hampering and irrelevant variables like age and hierarchic position are being removed. Of course, a side-effect is that discussion can take ages…the Dutch tendency of wanting “cohesion” for anything is legendary as well.

That leads to something I already mentioned in my previous article “International isolation of the Netherlands”: the Dutch society is relatively conservative. That is not really the consequence of Dutch nature (all Dutch have their own opinion and sometimes it can be quite progressive) but of the fact that all change has to be discussed into great length; only when there is consensus a change can be made. The same process led to some of the greater recent disasters in Dutch business life: ABN Amro went down because of the lack of a leader who could reconcile the different visions in the bank, whereas Hyves (Holland’s version of Facebook) and telecom giant KPN got serious blows due to a lack of flexibility to react on changes in the market.

Another typical aspect of the Dutch way of living is the high amount of risk avoidance. That basically means that contract goes above personal relationships: no matter when it is about marriage (“trouwen onder huwelijkse voorwaarden”) or doing business. Basically this means that no business will be done before a contract is signed, and that the companies are being enriched / hampered by a huge amount of internal and external rules for their employees. The Arbo-inspector checks whether the monitors of a company are set at the right height, the insurance company makes sure that a company is insured against any potential calamity, no matter how unlikely it is, and by extended “code of conduct” training employees are being taught that it is not allowed to touch a woman employee when she does not want it. It surely looks like the Dutch have a strong belief in the proverb “avoid getting the feet wet”. Surely that proverb was quite a mantra in the day that that high seas threatened the continuance of this country beyond the sea level.

So, my dear expats, do not take it too personally when your boss (“Karel”) calls you in a meeting, starts correcting your excellent memorandum without even mentioning once how good it is (Dutch are not very fond of compliments), then ask you to organize another meeting to review it with some more colleagues, and then – after numerous further adjustments – scolds you because you did not get their signature on version 7.4 of the memorandum! It’s just the way they are!

Happy working in the Netherlands!! 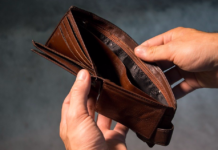 The ultimate survival guide: the cost of living in Amsterdam in 2020