Finding a job in the Netherlands: a waking dream? 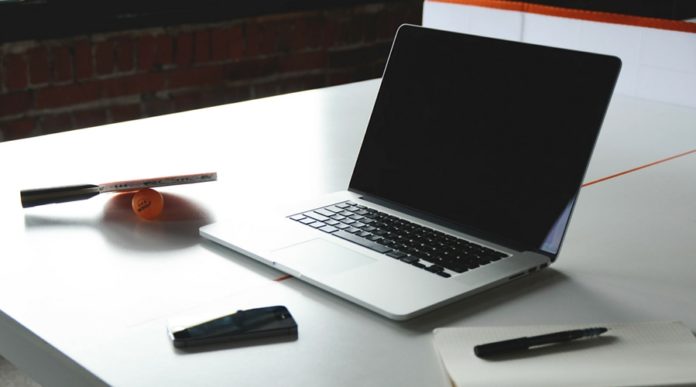 Whether you come to the Netherlands for love, by interest, or stayed after graduation, you have been facing that dreadful experience: job hunting. Full of hope and highly motivated, you started skimming job ads, websites, newspapers; sending out CVs, making calls, but nothing, nada, niets, rien. Whether you’re a native English speaker, a university graduate or a 50-year old with more than 20 years of experience, the result in the same: it’s really hard finding a job in the Netherlands.

Many websites for expats gather the identical statement: there are many international companies in the Netherlands that hire international candidates. True, but let’s be more specific: they easily hire candidates in the ICT and engineering fields, which quite narrows down the opportunities for the average applicant. At the same time, we keep hearing that unemployement in the Netherlands is at its lowest level since 2012 with 6,6% (while still high in bigger cities like Rotterdam, The Hague and Amsterdam), so why is finding a job in the Netherlands so difficult? What are the obstacles? Here is a list of the most recurring obstacles expat job hunters are facing.

You don’t speak Dutch, but you’re a native English speaker and/or speak several other languages.

A lot of international companies are based in the Netherlands, and offer quite a number of jobs that don’t require you to speak Dutch. However the Dutch have a strong reputation of being really good at speaking English, and they can be a sizeable competition. Therefore speaking a bit of Dutch could help you land that job you’ve been looking for. Learning a new language is a long process and it’s easier for some than for others, but showing your future employer that you’re learning can be a strong asset. And it’ll help you understand your Dutch colleagues joking at the office – practice makes perfect, hence the ideal way to improve your Dutch language skills on a daily basis.

It seems like there’s a big issue on getting a reply in the Netherlands, although we all know it happens everywhere. Someone told me that no matter how far you went in the process, from submitting your candidacy to a 3-round interview, a reply from recruiters/hiring managers may never arrive, which is highly frustrating and unprofessional. Several people also complained about not receiving feedback on the rejection; where is that famous Dutch directness here?

Surprisingly enough, a Recruitment Code  (Sollicitatiecode) exists in the Netherlands! Created in 1979 by the Dutch Association for Personnel Management & Organisation Development, the Recruitment Code aims at protecting applicants during the recruitment and selection procedure, and has been updated over the past years to meet today’s context. The code does say: “4.1 The  organisation will notify the applicant in writing as soon as possible, but no later than two weeks after expiry of the closing date: • if he has been rejected; • if he is being invited for an interview; • if the application is being put on hold (including indication of the time period within which further notice will follow).” and “6.1 If, in any phase of the application procedure, the organisation decides that an applicant will no longer be considered for the vacancy, this applicant will receive written or electronic notice within in two weeks of this decision. Reasons for the rejection will be explained as well as possible.“. It looks some companies would need to brush up their duties towards applicants…

Well, first solution is that employers have to be more selective with their criteria to narrow down the pool of applicants, but unfortunately, we don’t have any power on this. Still, the competition is hard and you’re not the only one looking for a job out there.

All the recruiters will say the same: make sure you’re visible online (and by visible, we do not mean trashy photos from parties…), have an updated LinkedIn profile, and personalize your applications as much as you can. Another keypoint is networking. If you’ve just arrived in the country, it’s obviously difficult to have a broad network, but seize every opportunity you can (join DutchReview for example!), and keep in touch with people you meet, they could be useful one day, as you may also return the favour!

“I found myself applying for jobs that didn’t even need a high school degree, and it was very discouraging” or “I remember looking at positions for NGOs, where they listed 2 positions available. One was a full-time, fully paid position for people who spoke Dutch, and the other position (which had more or less the same requirements, and same duties) was for non-Dutch speakers, and it was listed as a non-paid internship.”; does that sound familiar to you? According to Statistics Netherlands (CBS), in the Netherlands one out of 3 highly educated 35-plus women works below their skills level, as well as starters (men and women) under 25 years old. 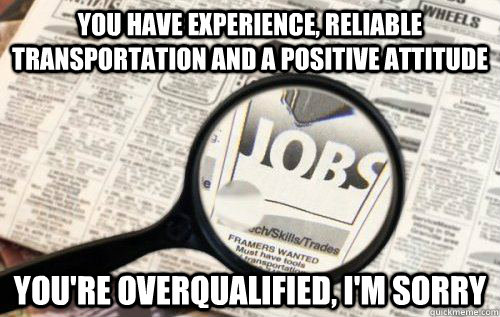 While getting a temp job can be a option on the short-term, it can quickly be quite heavy as you may have to look for a new job every 6-10 months. When searching for a job mind the difference between a wervingsbureau and a uitzendbureau. The latter is only for temporary work, helping companies fill in temporary openings and you will sign a contract with the agency, while the former is specialized in the recruitment of staff to fill in vacancies and you will sign a contract directly with the employer. For the whole how-to with recruitment agencies, follow Henry’s advice. 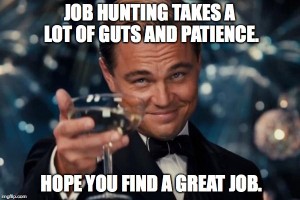 So these are only 5 issues you’re encountering when finding a job in the Netherlands, there’s many more obstacles, experiences and tips out there. Share that stuff! We really want to know and keep this issue ongoing!

This past week, the Netherlands has been shaken by a developing sexual assault scandal surrounding the popular television show, The...