Netherlands vs. Italy – Starting up life as an expat

CultureSocietyFeaturedLiving in the Netherlands
November 12, 2015 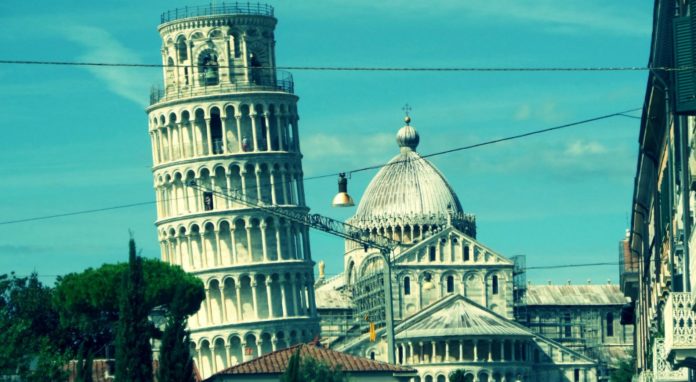 People that travel through a country really have it easy. They get to swan in, look around at the famous sights, get pissed up without worrying about life and work the next day. Then they’re off again.

Travelling can be great, but it’s not real life, and it can be like eating your desert instead of the main course. It’s sweeter, shorter and leaves you with that warm fussy feeling inside.

Becoming an expat in another country is where travelling stops and suddenly you have to get involved in the sort of thing you hoped to leave behind – bureaucracy. Urrrrgh. I don’t even like to say word. But it’s not only bureaucracy, its foreign bureaucracy.

I’m not saying the bureaucracy is always worse in other countries (well actually in some, yes. Yes it is.), but you are always faced with the fact that it’s different. There are new words and systems you have to get to grips with, different ways of doing things and of course the language barrier preventing you from finding out this information easily.

Fortunately for me the Netherlands is the not first country I have lived in as an expat. Last year I lived in Italy, and lets just say some of the differences are as big as the differences between extra jonge kaas and mozzarella.

1. Getting a social security number

NL: Upon arrival here I was told I absolutely needed a Sofi number to get paid, and that I would have to register my address with the local Gemeente. Someone gave me the phone number, I called them up and was able to listen to the options in English, booked an appointment and within a few weeks it was delivered to my door. It couldn’t have been easier.

IT: I lived and worked in Italy for 10 months before I got my Codice Fiscale, and when I tried to sort it out no one was able to help. Even the people I worked for weren’t sure what I had to do. That’s right, the admin staff, of a business which employs expats, didn’t know… In the end a friend of mine sorted it because his mum worked at the local “Gemeente” (I never even found out what this was called in Italy).

NL: With my Sofi number in hand I simply walked in to a bank, told them I wanted to open an account, filled in some forms, showed some I.D. and it was done. Easy.

IT: Again, no one I worked with knew how to go about getting a bank account. My boss told me not to worry, the secretary of another business she owned had an uncle, who was a manager of a bank in another town, and he would sort it for me (can you see a pattern here?).

I had to sign my name over 10 times and left with the thickest contract of my life. Oh and the local branch of this bank got funny with me once for trying to pay in some money, telling me I had to go to the other town. They could do it, they just didn’t want to. I had to sign another form.

3. Getting a sim card

NL: I walked into a shop, picked up a pay as you go sim and bought it. Done.

IT: This kind of sim card doesn’t exist in Italy as far as I can tell. And although I got a sim which I had to top up, the minutes, texts and data were spread across the month, so I could only use a certain amount each week. Oh and did I mention I had to take my passport? You can’t just buy a sim card in Italy, they have to photocopy your passport. No one knows why.

4. Setting up the internet

NL: To be honest I didn’t actually set up my own internet here, but I can say that it is available in abundance. I’ve never found a country where it is so easy to find free WiFi, and my house has reliable, fast internet. I can watch Netflix anyway, so what more could I want?

IT: Wired broadband internet is simply not the done thing. OK, maybe if I had lived in a bigger city it would have been different, but I knew of only one person with wired broadband internet in their house (in a big city…). Everyone else has internet keys (or, as we British like to call them just to mess with other people, dongles), and they are incredibly limited and expensive. €30 for 12GB a month was good, and I had endless problems with them always breaking and not toping up correctly, leaving us internet-less, and when I went to the stores they couldn’t ever give me a simple solution to fix the problem. Did I mention the passport? Why do I need to take a passport to buy a sim card? Oh and Netflix doesn’t work. The internet in Italy is like some kind of pre-2006 internet dark age.

IT: OK I couldn’t write an entire post about the terrible Italian bureaucracy without saying something positive about this beautiful country. They might not have known how to simplify a process like buying a sim card, but one question all Italians had an answer for was about food. They knew where to get the best pizza, they would argue passionately that the pasta served in a particular town was unique to that region because of this and that reason, and without fail the food was always amazing.

NL: My housemates invited me to eat some traditional Dutch food with them. It was potato, carrot and onion.

… Shall we call it a tie then?

Previous article
InDutch: Learning Dutch on the go!
Next article
Sinterklaas is Coming to Town