Six things about the Lowlands: the Netherlands is not just Amsterdam

My childhood to adulthood was spent roaming around Southern California. I was the typical beach-going kid, from Huntington to Oceanside, skateboarding on the weekends, swimming in the backyard pool during California “winter” days, and always on a relentless mission to find the best Mexican food. Flash-forward twenty-something years and I ended up in the Netherlands. Flat land of bicycles, rain (more rain) and potatoes. On the other side of the world on the opposite end of the spectrum in many ways.

For most Americans I have talked to about the Netherlands, I have gotten one (or more) of the following replies:

Although some of these impressions may be partially true, there is a lot more behind simple stereotypes and broadly assuming what works for one country will work for everyone. Upon my two-years of living here, yes, I do officially have my own klompen (clogs). No I don’t wear them. But, I do have my own bicycle and yes, the Dutch do love their cheese. Nonetheless, here are some additional takeaways:

Netherlands is not just Amsterdam

1. Amsterdam is not a country

Similar to how New York City and San Francisco do not represent America as a whole from culture, to values, to food, and its people, Amsterdam as a city is far different than what is traditionally “Dutch.” Highly cosmopolitan and filled with approximately 30% expats, there is a large portion of the population in Amsterdam that does not speak Dutch… at all.

For English-speaking travelers, sure it’s great having the comforts of English everywhere you turn. But if you’re a Dutch native, it can also be quite strange having your landscape change linguistically.

Although Amsterdam is the capital of the Netherlands, the city of Den Haag (The Hague), just south of Amsterdam, tends to symbolically act more like the capital. Den Haag is the seat of the Dutch government and its administrative offices, also found there is the Supreme Court, the International Court of Justice, Europol, international organizations, and country’s embassies.

2. Weed is tolerated, but not encouraged

Most people in the Netherlands accept that other people smoke weed every so often, but that does not mean they would do the same themselves. Use depends on where you live, your social circles, and your age, but generally smoking weed is not seen as the “cool” thing to do. In no way, is it seen on the same social level as drinking alcohol or something to take part in regularly.

Smoking weed at a “coffee shop” (not to be confused with American coffee shops — Starbucks and the like) every once and a while is okay in the eyes of a Dutch person. But, walking around completely stoned (as is the often the case of tourists in Amsterdam) is looked down upon. In relation to doe normaal (“just be normal”), reckless, idiotic public behavior is a definite no-no, especially if it draws attention to yourself. Moreover, if anyone decides to blow smoke in the faces of others or in the presence of children, smokers should expect to be quickly told-off.

No, the Netherlands does not have a drug problem. In its liberal policies, I respect the Dutch for helping treat addicts and users, meanwhile cracking-down on suppliers and manufacturers who prey on vulnerable populations. By not criminalizing the people who are doing drugs, but instead promoting awareness as to the dangers of such drugs and available treatment, health-based intervention is less costly than a prison sentence. Money is better spent targeting suppliers and eliminating the source of the problem than punishing individual users.

After recent hospitalization and deaths of several tourists who improperly used a bad batch of cocaine in Amsterdam, the government has tried to warn people (via public advertisements and billboards) of the potential dangerousness of the drugs they may buy. In contrast, the US would use those funds to pay for the arrest, pretrial detention, courtroom procedure, public defense, conviction, and long term imprisonment of a person who was merely engaging in unhealthy behavior and will now have a record as “criminal” branded on them for their entire professional life.

4. Dutch directness is a good thing, but it’s not everything

Nothing rings more sweetly to Dutch ears in conversation than answering the following question in whatever you have to say: “En dus wat is je punt?” (And so what is your point?) In stark contrast to the this, America is the land of flowery formalities. Home of the superficial “How are you?” asked by everyone you may know, or not know, from your coworker to some random cashier at Trader Joe’s or a salesperson smiling superficially in your face while you just try to buy a t-shirt, uninterrupted.

America is also home to my least favorite pastime: the tendency to beat-around-the-bush in trying to be as non-critical as possible in trying to resolve an issue without hurting people’s feelings… Even if that means the issue never actually gets resolved, which may eventually hurt someone more in the long run if wrongful behavior repeats itself without early intervention.

But, being indirect does not benefit anyone. It wastes people’s time. The Dutch have “getting to the point,” on-point.

It took me a while to understand why the shortness in speech was such a preference, but it definitely comes down to language as well as functionality. Dutch is a very verbose language and the verbs are (most of the time) at the end of complex sentences. Take the following example:

So, you can probably see why the Dutch are hasty to wrap-up the conversation and come to a conclusion.

More so, the Dutch pride themselves for their tell-it-as-they-see-it mentality. The argument being: It’s not judgmental, or wrong, if you’re being honest! In part, I agree, it is good to be honest and straightforward with someone.

But, at the same time, being tactful and kind should trump personal opinion. Subjective, unfiltered opinions can be damaging to others if guided only by ignorance and a closed-off mind. Everyone has a story and there is more to any circumstance than meets the eye, so judging someone based on their appearance, ethnicity, or whatever it may be without compassion and empathy does not really fly. In this sense, it is not about being fully direct, or indirect, it is about balance and context. 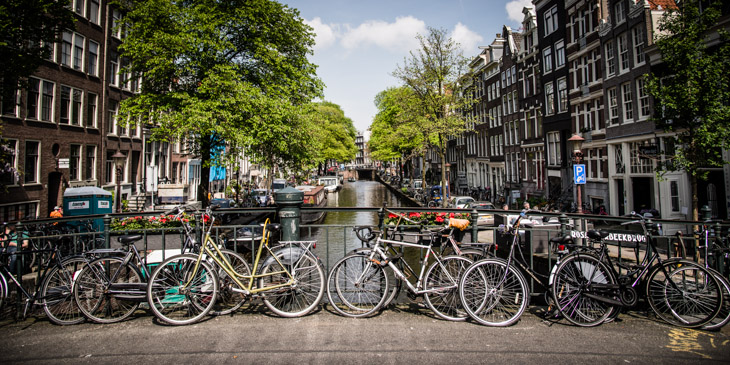 5. Lack of individualism can be lame

Letting people be to do as they please (as long as they are not hurting anyone) is something I can agree with. Sure, the Netherlands is a land of tolerance. Gay marriage, go for it. Animal rights, good for you. But, there is a big difference between tolerance versus acceptance.

Tolerance basically implies: Yes, I know you are there. I see what you are doing is weird, but I can still put up with living next door to you. But, at the same time, I am not going to make an effort to understand you or really get to know you. As long as you do not bother me and respect my space, we’re good.

Acceptance on the other hand implies: Hey, welcome. You are an equal like me and although we may not hold the same values or beliefs and may come from entirely different background, we can each learn something wonderful from one another and find common ground. Let’s get to know one another!

Relating back to “doe normaal,” showing a bit too much personality is a negative thing in Dutch culture as is being too expressive, too different, or too enthusiastic. This is do not agree with. The world is a huge, vibrant place filled with abundant diversity in its landscapes, cultures, and histories; This is what makes it beautiful and it’s pretty silly to try to deny this or control control diversity, meanwhile shunning a sense of openness.

6. Being innovative and successful does not equal arrogance

I am not an advocate for American exceptionalism, or the belief that every person is a special snowflake who is entitled to the world more so than anyone else. We are all floating on a rock through space.

But, I do believe that if someone transforms the world through innovative progress via hard work, dedication, and quick with creative wit, they should not be stifled by the disempowerment of others. Especially if one’s accomplishments benefit the world on a large scale, why would you want to bring someone down?

But, welcome to the world of “Wie zijn hoofd boven het maaiveld uitsteekt, die wordt zijn kop afgehakt.” (Roughly translated Calvinist proverb “He who sticks is head above the grazing field, will have their head chopped off)

If we look at the 12 Great Innovators of all time and the last 30 years, (e.g. Nikolai Tesla, Larry Page, Steve Jobs, Elon Musk, Salman Khan, etc) some are loved, some absolutely hated, and many viewed as eccentric oddities for their obsession towards perfection and greatness. But, if we forced these innovators to operate within the framework of mediocrity and staying at ground level, we would be much further behind scientific and technological progress today. We need oddball, fanatical, self-focused individuals to take the reins when no one else will, to not settle for “good enough” and be the face of progress.

Imposing ceilings on creativity has its consequences. Disempowering people for sticking-out and taking risks for the sake of keeping things neutral, safe, and humble has its setbacks. Just because someone desires to do things differently and follow the road less traveled does not mean it is inherently “wrong,” or “odd.” In the words of Henri Matisse, “Creativity takes courage.”

Previous articleFour tips for filing your taxes in the Netherlands (like a boss!)
Next articleBubble Football

While it might be still early in our part of the world, today — Wednesday, July 28 — is already...