Sun’s out! Spending Spring in Scheveningen 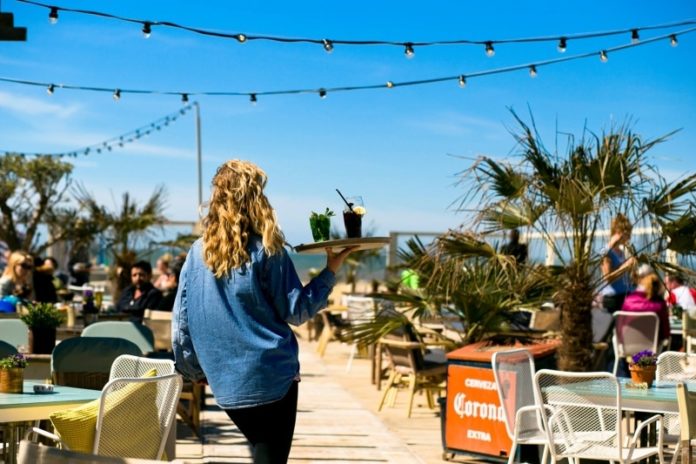 It’s the time of the year we’ve all been waiting for, the start of spring! Sitting on the terraces, short skirts, general fun and of course our jolly old friend the sun – it’s all welcome after months of election talk and grey rainy days. And where better to soak up this lovely season than in our fav beachtown? Here’s our guide to having a great spring in Scheveningen.

Beachclubs are opening up!

If there’s one thing where Scheveningen is known for it’s the beachclubs of course! For many Dutchies it’s customary to at least once per year chill or party your ass off at one of the many hip clubs at the beach. And in spring they’re all kicking off the beach season with a party, let’s have a look at what’s going on:

Strandclub Wij is kicking off this very Sunday the 26th of March. And good news, the sun is expected to show up the next few weeks! Local hero Billy the Kit will be playing the tunes.

Indigo, located on the ‘Zwarte Pad’ (black trail) will call out the INDIGO REPUBLIC on the 31st of March. This has always been one of the hottest beachclubs in Scheveningen and a personal favorite of mine (together with the Karavaan). Here’s the Facebook event for Indigo.

No joke, the 1st of April is the date for the opening of Culpepper. It’s the red-ish beachclub known for their stone- oven baked pizza’s.

And at the 16th of April the well known ‘Whoosah’ is opening up with a killer of a party, this one is gonna be big and bold. Tickets, info and inviting your mates can all be done here.

And last, well actually also at the 16th of April, and certainly not least is The Karavaan‘s party. They’ve got an epic line-up with Benny Rodrigues and Michel de Hey. So all in all it’s going to get crazy that 16th of April in Scheveningen.

What the Fork & Saltmarket

Looking for a place full of good food and gezelligheid before WIJ kicks off the party season? Lucky you, this Saturday and Sunday the 2th and 26th of March sees the foodfestival of ‘What the Fork’ happening right there at the iconic Pier of Scheveningen.

It’s the second edition and there are more than 15 foodtrucks waiting for you and your appetite. And what could be better than spending your first Spring Sunday gulping down some delicious finger food?

Oh and did we mention there will be DJ’s there supplying some sweet tunes and there’s a nice weather forecast as well? That part of the sun shining should be enough to get you moving to ‘What’s the Fork‘.

Can’t make this weekend? Well then you’ve got sort of another shot at a festival at the Pier. The ‘Salt Market’ will be held at the 8th and 9th of April. I’m sure there will be food and fun there as well 😉

You’re not a proper beachtown in my book if you don’t have a proper sailing event going on. North Sea Regatta is the annual sailing festival, held at the Friday the 26th of May.  Scheveningen is transformed into the epicentre of Dutch competitive sailing. There will be all kinds of boats, with a total of around 1,500 sailors heading for the coast of Scheveningen.

Next up is a day that’s bigger than Scheveningen and The Hague, it’s truly almost an official Dutch holiday. I’m talking about ‘Vlaggetjesdag’ of course. Vlaggetjesdag (‘Flag Day’) is the annual event that sounds the arrival of the New Dutch ‘haring’ year in, year out. It doesn’t matter if you’re a fan of this little fishy, it’s one of those things you have to see for yourself once if you’re (relatively) new to this country.

As you can see it’s niceand truly gezellig. There are old traditional ships present, tons of other fish to taste besides that raw herring, old Dutch children’s games (Even more fun after a few Heineken’s) and plenty of other stuff going on. And of course, don’t forget to eat some herring!

(But be sure to do it away from those greedy seagulls!)

Foodtrucks, beachclubs and herring not your thing? More of a classical person? Festival Classique might just be the thing for you. This year sees the tenth edition happening, with the original first taking place in 2007 at the majestic Hofvijver in The Hague.

The festival aims to bring classical music and the joy that comes with it to the bigger crowds, combining it with other art forms but also sports. This one time there was a jetski doing the waves at the Hofvijver with classical music at the background.

That’s it for now, but we’ll keep updating this one with new stuff to do. Feel free to feed up with input or share your springtime pics with us!

Previous articleDutch drugdealer who used alligator guards to protect his earnings faces three years
Next articleGroningen: is there anything to do up there?