Living in the NetherlandsLearn Dutch
October 12, 2015 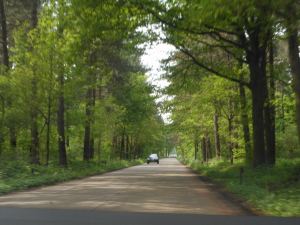 Gone are the days when quotes where only cross stitched onto tea towels or told to you you’re your grandma (do they do that in Holland to??) Everyone loves a good old quote and the Dutch being full of their quirks definitely love theirs too. Never have I ever come in from a storm and said ‘its raining cats and dogs out there’ we just don’t do it, but my Dutch friends, they do say this and it warms my heart! It doesn’t stop them from being funny and of course, as in every language, they don’t necessarily translate very well but the sentiment is still there.

The Dutch saying I came across and feel in love with was “Nou breekt mijn klomp!” translating literally to ‘that breaks my wooden shoe!’ in English we are more likely to say ‘Well I’ll be damned!’ mainly due to the sad fact that wooden shoes aren’t a thing over here – sadly. I thought I’d share with you my 10 of my favouirte Dutch saying and I challenge you to try to use one in a conversation.

By the way if anyone does want to cross stitch me a few on a tea towel all gifts would be gratefully received.

In English we would say something like ‘There’s no such thing as a free lunch’ meaning somebody always wants something, nothing comes for free.

The Dutch equivalent to it’s pouring with rain or ‘raining cats and dogs’ you can’t really say ‘Het regent katten en hondjes’ although, personally, I don’t think that sounds all that bad! 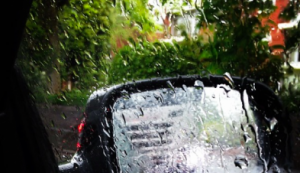 I’ve never heard this one in English but I have been reliably informed that it simply means – Important people attract a lot of attention.

4. Wie boter op zijn hoofd heeft, moet uit de zon blijven >He who has butter on his head, should stay out of the sun<

This one I thought was hilarious. Who has butter on their head? It’s true tho, if you get in the sun you’d be in a right mess!

It’s the ‘Can’t see the wood for the trees’ comment. I admit I have used this. I find it most easy to use in real life situations.

I’ve never heard this before. I don’t even know the English equivalent. Do you? Let me know in the comments below! I’m guessing *dons Sherlock deerstalker and pipe* Owls are known as intelligent creatures, there is no need to light up the problem if the most intelligent do not wish to see it. I guess this kind of make sense. Help anyone?

7. Heb je geen paard, gebruik dan een ezel >If you don’t have a horse, use a donkey<

I love the sentiment of this one too! It’s easy to translate and very accurate too! There is always another way!

This one rhymes. Rhyming makes me happy! I stand by this too, the more horrible medicine tastes the better it works for you! Three words: Cavonia cough mixture –its vile, but it works!

Just an aphorism. A nice way to view the world too I think. It’s along the lines of ‘What doesn’t kill you makes you stronger’ and ‘The only way is up’.

You don’t need precautions for something that has happened in the past. What’s gone is gone. You can’t change the past. Etc.

There we have it then. My 10 Dutch Proverbs and Expressions. What’s your favourite? Even Sky Radio got involved by posting this on their Facebook!