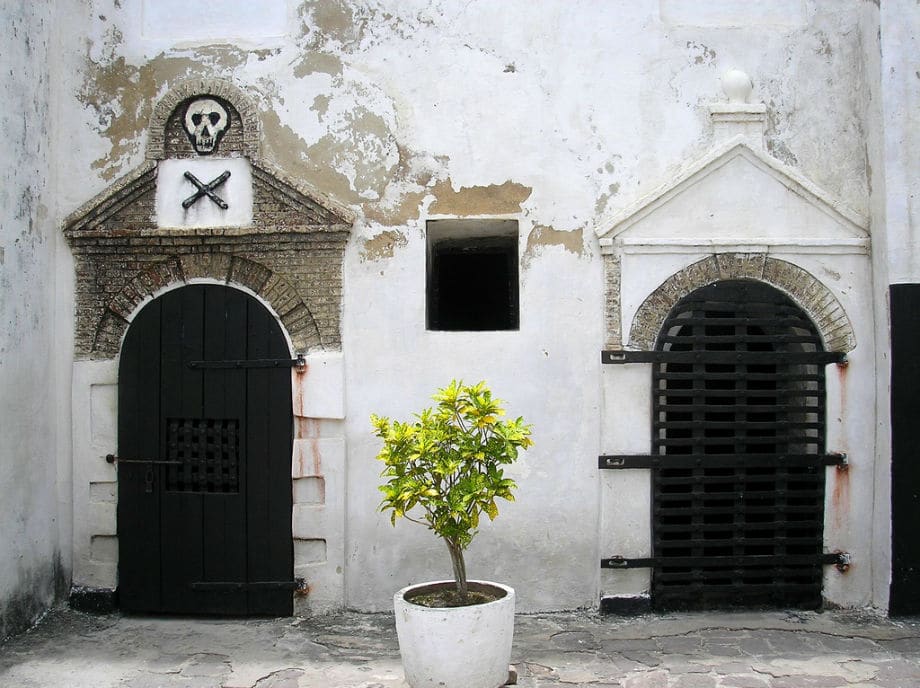 Last week, the CARICOM (Caribbean Community) made an announcement that they will try to demand financial compensations for the damage that was done by their former colonizers in the era of slavery. One of the members of CARICOM is Suriname, a former colony of the Netherlands and former nucleus of Dutch Slavery . Their president and our ‘friend’, Desi Bouterse, has taken a seat in a commission that will coordinate the political trajectory that should realize these compensations. This announcement has led to a new heated debate, whether we should or can redeem the guilt of our dark past by way of financial compensations. This comes merely a week after the official commemoration of the abolition of slavery, 150 years ago. You could easily say that our dark past is a hot issue once again, so let’s take a look at it and clarify some of the difficult issues in the present debate.

The ‘boring’ facts that you need to know

There were approximately twelve million African slaves transported to the New World by European countries. The Dutch brought 400.000 of them to Suriname, 16.000 to Essequibo, 15.000 to Berbice, 11.000 to Demerary, 25.000 to Recife and 100.000 to the Spanish colonies via Curacao. Our share in total, of the slave trade to the New World, was never more than 5%. No European country made more financial losses due to the slave trade than the Dutch. Furthermore, the Dutch seemed to care less for their slaves than the English or the French. Approximately 2 out of 1000 slaves died every day on Dutch slave ships per month, compared to 1 on English slave ships and 1.5 on French ships. The reason for that was the bad medical care on Dutch ships compared to the English and the French, who made more profit out of their slave trade. That was mainly because their area of distribution for slaves in the New World was larger and because they took better care of them. They were less indifferent to the physical conditions of their slaves and they had more medical knowledge to keep them healthy. We didn’t know that less humidity, more water, more food and more fresh air could keep more of them alive. How could we have known?

Why did we trade black people as slaves instead of poor white people? That was purely a racist matter. We could barely see them as equal human beings and slavery was legitimated by the Bible. The Bible has always been a good tool to legitimize every morally objectionable activity, even though it presents itself as a moral guide. You could legitimize throwing gay people from flat buildings or not vaccinating your children and if you read it backwards it could even legitimize child abuse. Thank you Lord, for giving us the Bible! But let’s continue with more serious matters, because there will be plenty of more opportunities to ridicule the Bible.

The abolition of Dutch slavery

Even though it was barely profitable for the Dutch to trade slaves, we were one of the last European countries to abolish slavery. Why? First of all, because we were even more morally indifferent than our fellow European brothers were. We felt no moral affinity with the enlightened ideas of the French Revolution (liberté, egalité, fraternité) and so there were very few people in Holland that were dedicated to fight for the abolition of slavery. Secondly, we already lost so much of our grandeur and trading opportunities we had possessed in the Golden Age, that we stubbornly clung to one of the few opportunities that were left for us in the New World, despite the fact that it was barely profitable. To give this up, would be another blow to our pride and our image. Thirdly, there was no alternative for the men who made their living out of it, so they just kept on going until someone else forbade them to do it. Without their meager income from the slave trade, they wouldn’t have had any income at all, and we didn’t want that to happen.

Last but not least, it took us a while before we found the money with which to compensate the slave owners, YES THE SLAVE OWNERS NOT THE SLAVES. We actually used the money that we had earned with our ‘cultuurstelsel’ in the East Indies when this system became very lucrative for the Dutch government in the 19th century, even though we had to squeeze every penny out of the locals to make it profitable. However, as I mentioned earlier, we had no moral scruples regarding black people and locals in our colonies. That’s why we used this blood money to compensate the people that maintained our other morally objectionable activity, slavery. The English actually paid twenty million pounds sterling in taxes to compensate their slave owners and abolish slavery. That’s another example of our moral indifference compared to that of our European neighbors. Therefore you could say that we have many moral deficiencies with regard to our slave driving past and maybe even more than many other countries. But that rests the question, should we have to compensate the descendants of those slaves for that financially?

To compensate or not?

Two weeks ago, our vice-PM Asscher said that we are deeply regretful and have much remorse for this dark page in Dutch history, at the commemoration of the abolition of slavery 150 years ago. There was no official apology as some of the descendants would have liked to have seen, but there is actually no real difference between an official apology and expression of deep remorse from a semantic point of view. There are however different legal consequences connected with these different ways of apologizing. Should a state officially apologize, that will legally enlarge the chances, for the descendants and the CARICOM, to obtain financial compensation. Even if we would like to pay these compensations, it’s almost impossible to figure out who should pay them, because the shipping companies which transported the slaves don’t exist anymore. The Dutch state then? Maybe. How much should they pay, and to whom precisely? It’s almost impossible to do historical justice to our dark past, in a financial way, and because of that it will probably never happen.

We actually already paid billions to our former colonies, before and after they became independent, although it was disguised as development aid. How long can you hold our generation morally responsible for the things that happened many generations ago? The only way that we can do this past justice and come to an agreeable solution with the descendants of the slaves, is to commemorate this dark page regularly together. We shouldn’t suppress it in our collective memory anymore, as if Piet Hein, J.P. Coen, the silverfleet, the world-famous Dutch painters and our overwhelming wealth were the only aspects of our Dutch Golden Age and our colonial past. Commemoration seems to be the right thing to do and the only thing we are morally obliged to, even if we do this annually at the national monument in Amsterdam, which is not the right place from a historical perspective. Most of the slave ships actually left from Middelburg and Vlissingen. Besides that, slavery wasn’t present in the Netherlands but only in Africa and the New World, so we have to commemorate slavery separately there and the slave trade here. But that’s just all historical blabla.

For now on I would like to say as I mentioned before: let us commemorate this dark past together, so we can come to terms with it and do justice to the descendants of victims and perpetrators. And let’s do it quick, because the next heated issue about another dark page in Dutch history is creeping in already ………. Srebrenica. We won’t be able to brush them off by saying that we won’t pay THEM, because THAT happened many centuries ago.