Germans have a measly reputation when it comes to humor. As the old joke goes: “How many Germans does it take to screw in a light bulb? Only one, because Germans are very efficient and have no sense of humor.” As such, it is quite a feat that the Turkish prime minister Erdoğan out-did the Germans in their supposed inability of being effected by comedy or satire.

In addition to being born without a funny-bone, the Germans also have, well… that part of their history (of which, to paraphrase Fawlty Towers, one must not speak). These things came together in 2012 when Tim Vernes published his satirical debut novel Er ist wieder da (English title: Look Who’s Back).

The novel tells the story of how Adolf Hitler somehow finds himself back in Berlin, 2012. He stumbles through 21st century Germany, a first unaware of everything that’s happened since 1945. The public at first thinks that he’s a method actor, and he becomes an instant television and YouTube hit.

The novel quickly became a bestseller and was made into a movie in 2015. However, perhaps more interesting than the story itself is the cover text that seems to offer a warning to the reader:

I posted the original German for a reason. Vernes asks the question if it is possible to laugh with Hitler and if this should even be allowed. He writes “laughing with Hitler” rather than laughing about or at Hitler. This is a crucial difference, even more so because the novel is written from a first-person perspective with Hitler at the center. Er ist wieder da pulls Hitler up close and by doing so, holds a mirror to a modern country that is still troubled by its dark past. It asks the question: what would happen if Hitler came back today in this age?

Vernes concludes by leaving the answer to the question if one can laugh with Hitler open. He states: “Find out for yourself. This is after all a free country. Yet.”

Vernes was only half right: Germany is no longer a free country, but laughing with Hitler is still considered alright. Right now, we are witnessing a stunning blow to one of the most ‘holy’ values in the secular West: freedom of speech. Chancellor Angela Merkel has allowed Erdoğan to file a lawsuit against the German comedian Jan Böhmermann.

Wait, how did it get so far?

Above is the song Erdowie, Erdowo, Erdogan. As catchy as it is edgy, the song pokes at the Turkish PM for political hypocrisy and a list of crimes against humanity. It is a rather clever and effective tool for confronting human rights abuse in Turkey.

In a twist that surprised absolutely no one, Erdoğan was not amused. Threats were made, ambassadors were summoned, all while the Internet continued to laugh at Erdowie, Erdowo, Erdogan. When the controversy grew and calls for prosecution were made, Böhmermann turned it up to eleven and went to see just how far he could stretch the limits of free speech. The result was a, well, rather special poem. There honestly isn’t a single line from it that we can quote here without stepping on a few toes, so let us just say that Böhmermann really succeeded in trying to go as far as possible. Erdoğan’s response was easy to predict.

In Erdoğan’s defense, Böhmermann’s poem is a tasteless one and it is filled with racist jokes. Whereas the song accused him of real humanitarian issues in Turkey and its neighboring countries, Böhmermann’s poem simply accuses Erdoğan of devious sexual acts with all kinds of people, animals, and objects. The debate is now – precisely as Böhmermann intended – about where we draw the line between satire/comedy on the one hand, and slander on the other. The Germans have another word for the latter (as they have a word for everything): Schmähkritik, or ‘abusive criticism’. Schmähkritik is basically an ad hominem on steroids: it’s when a person is made to look despicable outside of any greater framework of affairs.

Right now, we are once again trying to find the balance between free speech and hate speech. Merkel has sided with those who have drawn a line in the sand on freedom of speech: the song was okay, the poem took it too far. This decision cannot, of course, be seen as isolated from the fact that Turkey has Europe by the balls as it can influence the ongoing war in Syria, as well as open the floodgates on a stream of millions of refugees.

Still, it gives to think: would Merkel have even considered suing a Turkish comedian if s/he had written a poem about her smelling like Sauerkraut sausage and performing unspeakable sex acts? 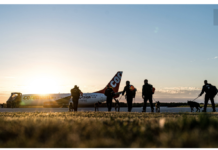 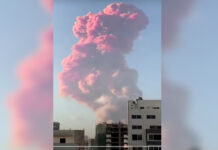