Of trains and men…

If you – like me – commute to work by train, you probably notice an article on the train topic fairly immediately. You’re not a rare breed. Trains have an important role in our commuter’s life, one relies on them, or not…you know what I mean. It has been pointed out to me that complaining about trains is like stating the weather is bad, meaning everybody knows it and it’s stating the obvious cliché. I must vehemently disagree as it’s silly to complain about weather, given that it cannot be changed or controlled, trains on the other hand…well, just saying.

In the life of a train commuter, there are three types of days.

I know your interest is peaked now but bear with, NRC from before Christmas was enlightening me that the trains would take the course for worse this year and the reasons are two-fold. 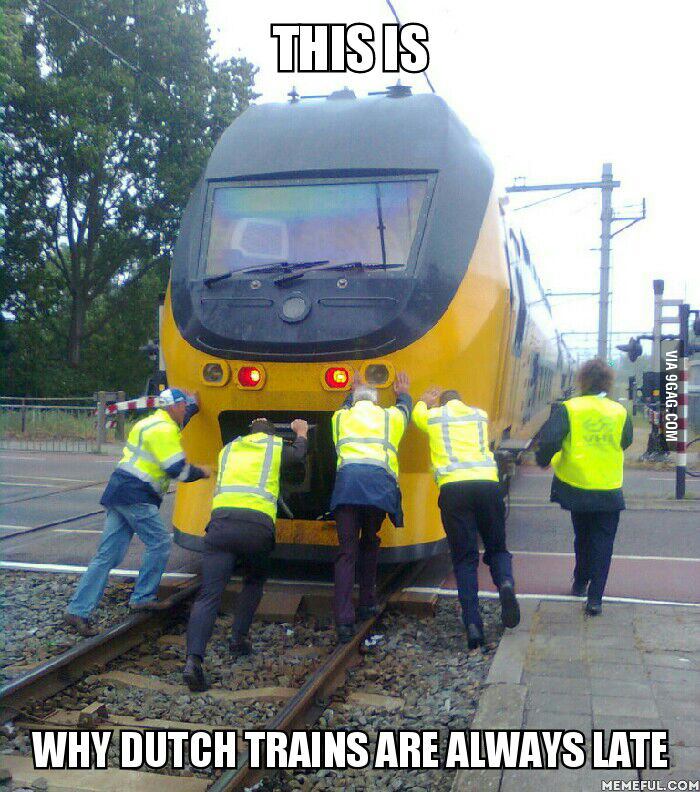 One, there aren’t enough trains. And two, the ones left are of the wrong type. On the first one, it is entirely possible that a bunch of trains reach the end of their shelf life all at the same time as you’d have likely bought them at the same time at a bulk discount. Good procurement. It is hard to judge how it happened that there is a gap of half a year in between until the trains can be replaced with new ones..a stubborn image of Buurman & Buurman keeps popping on my mind..uninvited. 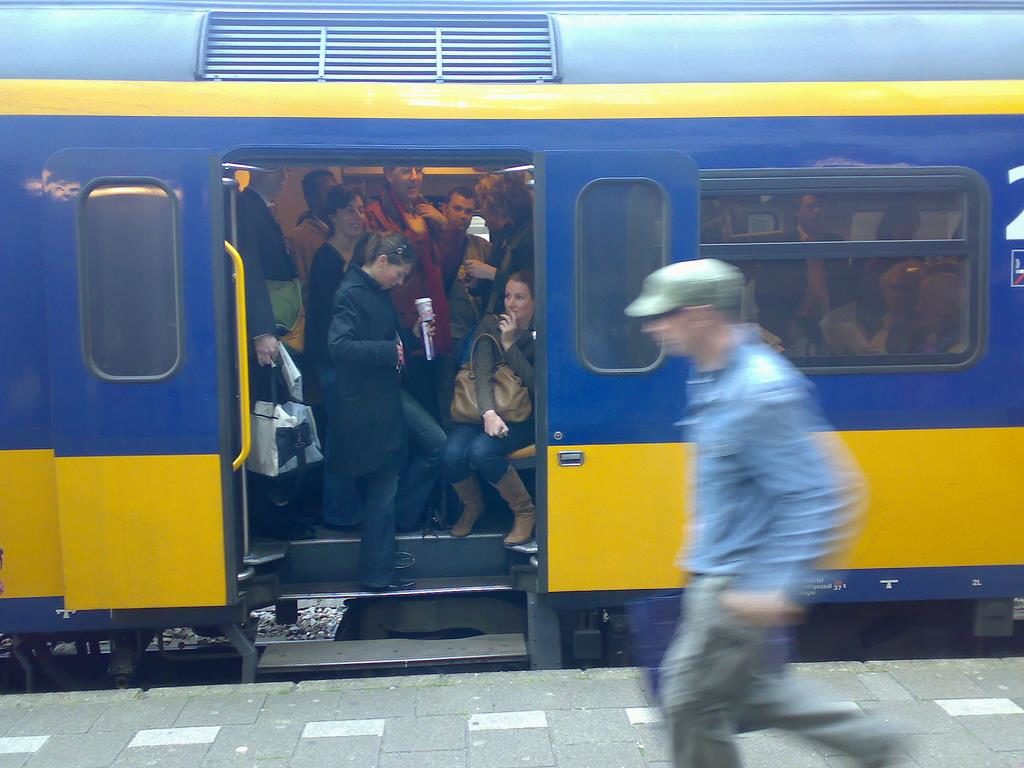 I feel that second reason is closely linked to the first one, when an ‘aha’ moment must have at some point entered the scene and was quickly resolved by deciding to service the customers with the remaining trains in the intermediate period. Panic station over, until the moment of realization that the rest of the trains are too long for the platforms, so cannot be used. In other words, a tiny, yet significant detail, was overlooked somewhere during a planning exercise.

The result? Well, more of your bad train days, spiced up by even more overcrowded trains than is the norm we are used to. In real life it translates into practicing a new form of sport where you stand on one foot that isn’t even yours, counting sheep to the next station. 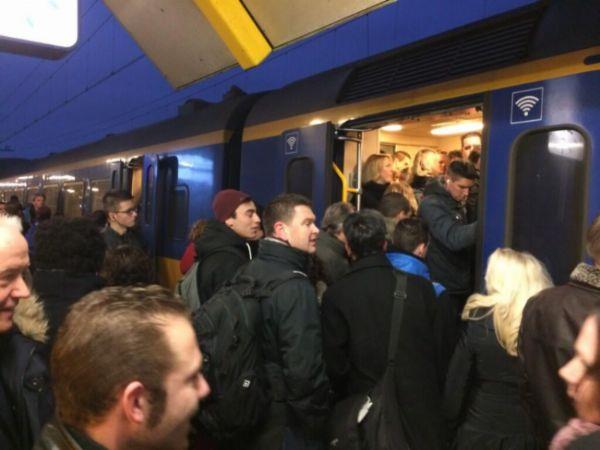 However, don’t despair, you’re not alone, we’re a bunch of us. If anything when trains return from high occurrence of bad train days to a higher frequency of business as usual days, you will start enjoying the Disneyland syndrome more often. Unless of course leaves decide to start falling on the tracks being it September and all or something else decides to impact the planning. It’s all very complex.

One way or another, I find lack of information often more frustrating that the situation itself. So if you have one of those bad train days, losing the will to live, I just wanted to share what some of the reasons behind may be…as sharing is caring. 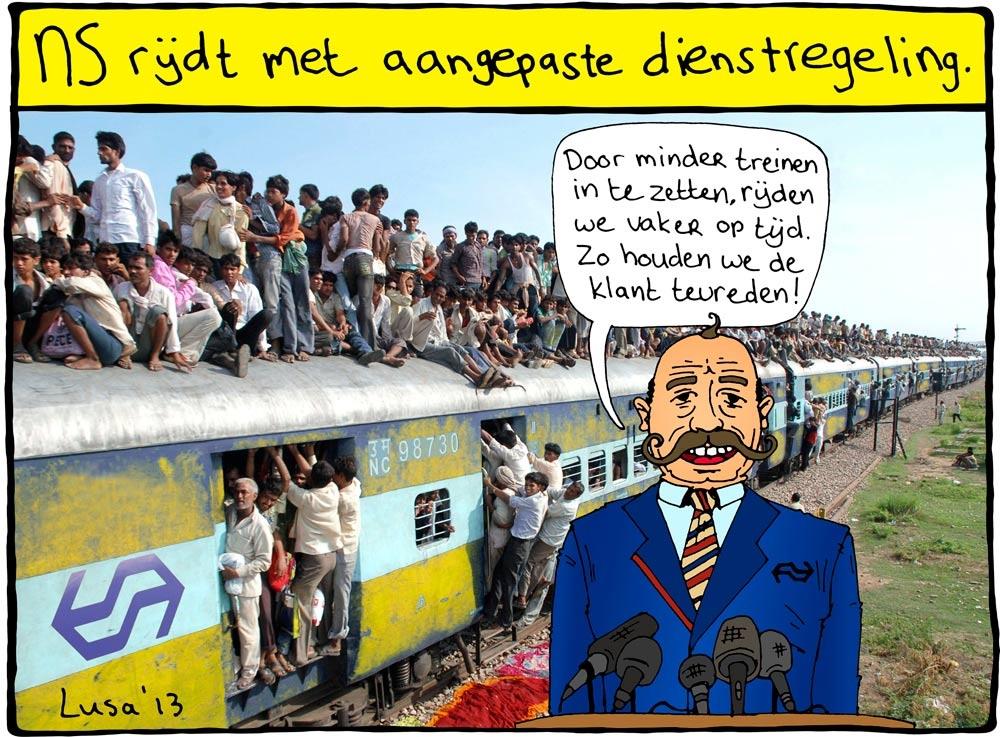 Low-income Amsterdammers can get a laptop for just €20

Under a new initiative by digital learning centre Cybersoek, low-income residents of Amsterdam with a municipal discount card can get a laptop at quite...

Only 36% of Dutchies would vote for mandatory vaccines

Mandatory vaccinations in the Netherlands? It’s a big, fat NO for the majority of Dutchies, according to a national survey commissioned by the NOS.  Austria...