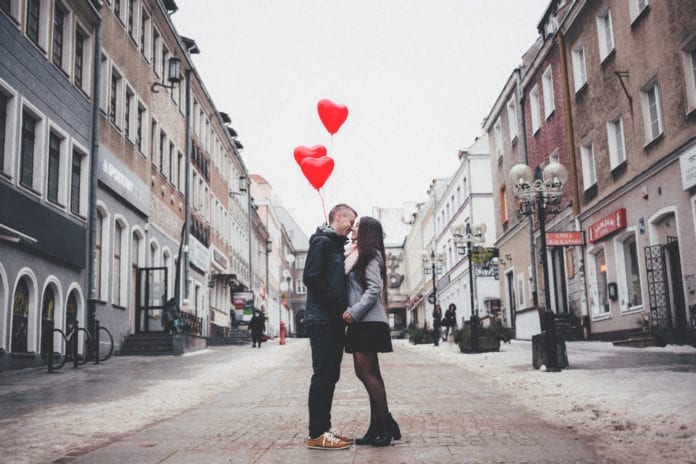 Usually when a sentence has both ‘dating’ and ‘Dutch’ in there, it’s something on how the man is trying to weasel out from paying the whole bill at a date. But there’s a whole other story to it as well, and this brings me to the topic of today. Think of Ahab’s quest for Moby Dick, John Ford chasing the elephant, Wile E Coyote’s hopeless pursuit of the Road Runner or Tom’s obsessive and hazardous campaign to capture Jerry.  Since the dawn of time, man has risked life and limb to hunt down its prey. It’s the dating game. And even harder, the Dutch dating game.

Tips on how to date Dutch Men

My advice, may be controversial, however, like Brian who was crucified on the cross for his beliefs or that great leader of the Roman slave rebellion of old, I will stand up, unafraid and shout out “I am Spartacus” without fear of the consequences. The things I do for my readers. So here’s Uncle Shallow Man advice on how to capture that most exclusive, reclusive and elusive of prey.The Dutch male.

Every man is different, so of course I will have to generalise. The tips I will provide are just ways of helping to at least get as far as a good conversation. Better still the things that expat women should not say to Dutch men.

Religion
To get anywhere with a Dutch man you have to be able to understand, respect and tolerate their primary religion which is money. Dutch men worship money above just about anything else.

When going on a first date with a Dutchman, the Shallow Man’s first piece of advice is to not react in shock, disgust or reach for the sunglasses. It is highly probable, he turns up wearing a pair of bright red jeans. This is considered by many Dutch men to be the height of chic and elegance. Indeed, I suggest to compliment him on his bold and daring use of primary colors and try not to stare at them for the rest of the evening.

Due to their love of money, you should not be insulted if at the end of a delightful evening at some nondescript brown cafe, when your date goes through the bill with the scrutiny of an American customs agent checking baggage for the presence of illegal substances. The Dutchman’s love of money will make him check every item on the bill several times and then with the speed of a supercomputer calculate precisely how much your portion of the bill will be.”You had the White Wine that’s five euros, we had bitterballen to start, there were six. However, you had four which means that you need to pay 2.37.”

If you wish to get into a Dutchman’s heart you need to accept that there are three of you in the relationship, him, you and his money which he will cling onto like a Gold Digger to a footballer. When he presents you with your portion of the bill, smile gracefully and pay your share as if this is the most normal thing in the world.

It’s even featured in an English lesson.

Common mistakes made by Expat women when hunting their Dutch prey
When chasing their prey, a common mistake made by Expat women is to dress well. In other words, not wearing jeans or old boots that look as if they’ve been handed down from mother to daughter to granddaughter. Expat women have also been known to visit hairdressers more than twice a year and they are also not strangers to wearing makeup. This can make the skittish and highly sensitive Dutchman extremely nervous. A well dressed woman with styled hair and makeup might be after the thing he values most, his money.

To stand a chance with a Dutchman, my advice is to take a flight to London. Find a homeless person that fits your size, and then pay them some money to hand over their jeans which should be in a pretty poor state. Wear the jeans, along with a pair of second hand boots purchased from Marktplaats (the Dutch Ebay) and for the rest of the outfit follow the example of Dutch women.

Turn all the lights off in your apartment, then reach for the first thing that comes out of the wardrobe. It will definitely not match the rest of the outfit. Take a salad strainer or colander, put this over your head and then turn on the tap for 30 seconds. Leave your hair wet, then put on a heavy metal song and shake your head in time to the selected track for another three minutes.  This will make your hair fit the style typically worn by Dutch women, thus naturally attractive to Dutch men. Do not apply any makeup.

Hairstyles of Dutch men
The Netherlands is incredibly flat, thus it can be extremely windy here. The most common form of hairstyle for the Dutch male is a style that is aerodynamic. It must react well to the windy conditions of this country. Dutch men typically have their hair combed backwards in the style of the Lion King. My advice is to not be surprised that most men have this hairstyle. Don’t hum the tune to the Lion sleeps tonight while running your hands through his hair.

Fashion
Dutchmen and Brown Shoes go together like Drones and dead civilians, Amsterdam and high apartment rental costs and Miley Cyrus and bad taste. I guarantee that on your first date with a Dutchmen the standard uniform of Brown Shoes, Blue Jeans, a smart shirt and a suit jacket will be worn. This is because like their female counterparts, Dutch men believe firmly in Doe Maar Normaal, i.e. do not under any circumstances display any individuality in case you stand out.

Equality and Dutch men
If you do manage to bag yourself a Dutchmen, and end up moving in with him, you’ll be the witness to an incredible transformation. The once proud Dutch lion will become a pussycat. Dutch women, even though they typically only contribute less than 25% of income to the household, firmly rule the roost and wear the trousers at home. Visit any V&D or major store on a Saturday and you’ll witness the once proud Dutch lion being bossed around by his poorly dressed partner. Once you have a Dutchman he will expect you to bark orders at him like a circus trainer shouting at his animals. Don’t forget this as otherwise he’ll be unsettled in the relationship and may go elsewhere for a bit of tough love.

Flirting and romance
The female friends of the Shallow Man inform me that your expectations in this regard should be lower than a snakes belly. Flirting typically involves a Coffee, some bitterballen which as I stated above you’ll be expected to pay 50% of then a quick invite back to his cave for a night of horizontal jogging.

So that’s it for the Dutch men, how about these 2 meter tall- low voiced humanoids called Dutch women?

Dutch dating: Tips on how to date Dutch women

Having lived here since the time when Geert Wilders had normal hair, the Dutch football team were actually capable of winning football matches and Carice Van Houten wasn’t the only Dutch celebrity, a lot of expats see me as a kind of father figure and come to me for advice in many matters.

The young expats come to me, with tears in their eyes and say, “Shallow man, we have no problem dating Italians, Germans, French, Russians, Latvians and Polish girls. When absolutely desperate, we even date British girls, but the Dutch? Why are they so difficult? How do I succeed in the Dutch dating game with women?” Having had some experience in this area, and even though what I’m about to write may be somewhat controversial in some quarters, like John the Baptist, I feel that the truth must be told, and if as a result, my head is served on a plate at FEBO or in a food hall at HEMA then so be it. The things I do for my readers.Every woman is different, so of course I will have to generalise. The tips I will provide are just ways of helping to at least get as far as a good conversation, or better still the things that expat men should not say to Dutch women.

Religion
To get anywhere with a Dutch woman you have to be able to understand, respect and tolerate their primary religion which is smoking. Dutch women worship smoking above just about anything else. Take a wander through the Pijp or the nine streets on a freezing cold day, when even the Penguins are wearing Burberry scarves, hats and gloves. The only people you’ll see outside the bars on those days will be Dutch women desperately smoking. Almost as if cigarettes are about to be prohibited and it’s their last chance to ever smoke again.

To get past the basic niceties of an introduction it will not help if you make comments about smoking being detrimental to their health. Also commenting on why they are either in the freezing cold smoking. Or asking them not to smoke inside a busy bar as there is a smoking ban. If you can hold your tongue, you’ll be on to first base.

Jeans
Learn from my mistakes from the past. Never, even after a glass of champagne or four, make jokes about the tendency of Dutch women to wear jeans. Worn morning noon and night, at weddings, funerals, michelin star restaurants, exhibitions, art galleries, private parties etc. This will get you instantly dismissed from any further conversation. Many Amsterdammers are firm believers in the Dutch philosophy of doe maar normaal. Which translated means, do not dare to display any individuality at all. Be a clone, if the next 50 women are wearing jeans then so should you.

Dutch dating: Equality and Dutch women
Do not, under any circumstances bring up the subject of part time working. It’s a love killer. 90% of Dutch women work part-time. In Dutch society, a lot of women believe that by not cutting their hair, shouting loudly, and acting aggressively, that this makes them liberated. In fact, financial independence is one of the strongest indicators of equality. Sadly, most Dutch women in a relationship contribute less than a quarter of the household income.

The Dutch taxpayer (including me) pays a fortune every year for thousands of women to go to University. Often, women only work full-time for several years and then as soon they find a man. Then go part-time, something which is allowed under Dutch employment law. This leads to the ridiculous situation where it’s common to receive out of office replies from female colleagues that say things such as:

Just nod your head and smile when they tell you how independent Dutch women are.

So that’s the introduction to the Dutch Dating Game. How are your gaming experiences here in the Netherlands?

Featured picture is from loldutchpeople (which is awesome), this shallow man’s confession on the Dutch dating game was previously posted as well on his blog (which is also awesome)

Previous articleSave the Dutch musicians! Or not…
Next articleThree Things every Dutchie should know about the American Gun Culture