The Deurne Dilemma: Who Are We Defending? 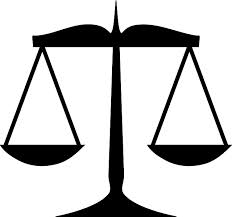 The Dutch are currently having a hard time putting some social/ethnic tensions to rest. Some of it wasn’t even our fault, like that journalist who thought that last month’s Nuclear Summit in The Hague was a good time to bring up the Zwarte Piet debate (or debacle, as I prefer to call it). But now, while we’re still rolling our eyes over Geert Wilders’s emberassing “Minder! Minder! Minder!” speech, there is another reason for tensions to run high and for people to vent their – mostly racist – frustrations: the Deurne shooting case. For those who haven’t heard yet: last Friday, the robbery of a jewelry store did not end well for the two robbers, both with foreign background, as they both ended up dead. I’ll be the first to say that they died from natural causes, since it’s pretty natural to give up the ghost after absorbing several bullets with your torso.

So long story short: two youngsters rob a jewellery store owned by a married couple. The exact details of what followed are still unclear, but suffice to say that both robbers ended up with a case of death-by-bullets. As you probably know, guns are illegal in The Netherlands. Well, under strict circumstances, Dutchies can legally own a gun. Aside from police officers and soldiers, recreational gun users such as hunters and target shooters can actually keep a licenced firearm in their house. You’ll notice how “store owner” is not on this list, because being employed in a rather robbery-heavy environment still does not give you the legal right to own, let alone use, a gun.

Mandatory research before reading the rest of this article: Three Things Every Dutchie Should Know About American Gun Culture. Why mandatory? Not only because of shameless self-promotion, but also in order to high-light two mutually exclusive and popular opinions that can and will be heard in The Netherlands. When a massive shooting takes place in the US, many Dutchies are quick – perhaps too quick – to judge the US gun culture. (There’s a special blind spot here for a rather recent and similar tragedy here in The Netherlands: the 2011 Alphen aan den Rijn shooting). But as soon as a Dutch(wo)man defends him/herself with an illegal firearm, many are quick – perhaps too quick – to praise this act. It is no different in this case: many immediately rallied to the defence of the jewelry store’s owners, even before all the details of the fatal events were clear to the public. And these details still aren’t clear. Sympathetic these comments were not: in the eyes of the public, robbing a store is reason enough to get shot in the face. “They came for gold, but got lead instead”, one ‘hilarious’ social critic twittered. Here we see a big contradiction in our opinions: we don’t like ‘gun culture’, but we love ‘vigilante culture’, even when people use illegal firearms when defending themselves. 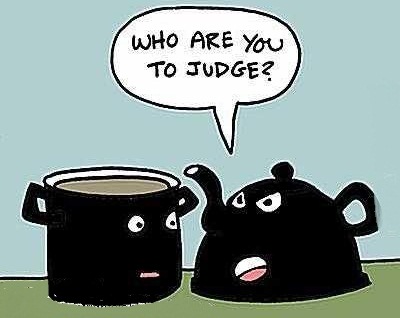 But not everyone was as apologetic. A small but loud group of people in Deurne orchestrated a protest against the jewelry store’s owners, carrying banners that read, amonst other things, “Marina is geen held” (tr.: “Marina is not a hero”). An equally loud counter-protest was quick to form. I wish I could report that they all settled down with coffee and bagels to discuss the pros and cons of Kantian ethics or the idea of a Social Contract such as proposed by Jean-Jacques Rousseau, but that would be lying, and lying is bad.

So needless to say, tensions have been on the rise and this incident has since gathered a massive amount of media coverage. There is, of course, an important distinction to be made in this public debate between what is legally permissible and what is morally permisseble. We can be pretty short on the former: usig lethal force is always a crime, but one from which you can be legally absolved when used in self-defence. We call this noodweerexces. You can be absolved from exceeding the bounds of what is considered fair self-defence, such as killing someone who is trying to rob you, when this act was caused by gemoedsbeweging (feeling or affection) caused by the attacker. A court always needs to look at whether or not the situation justified the use of force, but killing another person might just not send you to jail, depending on the circumstances. What you may not expect is that using an illegal firearm in this self-defensing should not change the court’s ruling. In fact, this has happened before. Way back in 1984, a woman from the infamous Bijlmer district in Amsterdam was absolved after she had shot two men who attacked her in an apartment elevator. Using a gun she had bought on the black market, she killed one assailent while severely wounding the other. The court then decided that possesing an illegal firearm is no obstacle for a person to appeal to self-defence and the women was acquitted of charges.

While it is premature to say that the court hearing over the Deurne shooting will end with the same verdict, it does seem likely to happen. There will be many more words to come over the second question: whether or not it is morally permissible to use lethal force against a robber.

Previous article
Early Adaptor
Next article
Benno Larue: The problem with society is that we’re all in it together