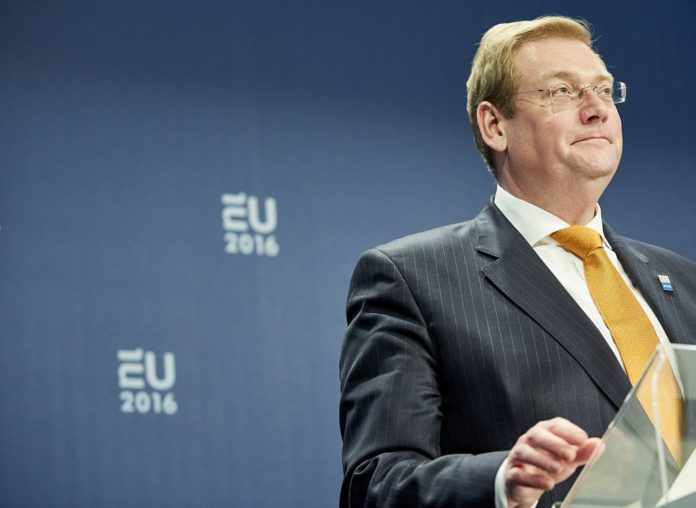 Only two months before the Dutch elections, the Dutch minister resigns from his post at the ministry of Safety and Justice. Van der Steur disagreed vehemently with the accusations leveled at him, yet concluded his position was untenable.

Barely a day ago newspapers lauded the Netherlands as one of the least corrupt nations in the world. Apparently our country collectively forgot to knock on wood, as yesterday the many scandals surrounding minister van der Steur have cost him his job. Van der Steur took over for a man called Ivo “powerrrrrr” Opstelten (video embed), who was best known for his impressive impersonation of your 98 year old grandfather with late stage alzheimers, as well as his involvement in what we Dutch call the “bonnetjes affaire” (“receipt affaire”).

Now this might sound to you like the boring title for some terrible episode of Days of our Lives, but that’s just due to our weird Dutch sensibilities when it comes to naming things.
In reality this political episode plays out more like the Sopranos mixed with a bit of Breaking Bad and a pinch of the Wire for seasoning.

Why the Dutch minister resigns; The receipt affaire

As a result of our incredibly strange policies towards drugs, we have stores selling weed provided by a vibrant and untaxed underworld. In fact it sometimes feels like all our police force is doing is destroying weed farms. As a result quite a few people have gotten rich by growing, smuggling and distributing drugs in the Netherlands. One of these people, Cees H., found himself running afoul of the law back in 1993, when the government looked at all his earnings and worldly possessions and went “Yeah, we’ll have that”. 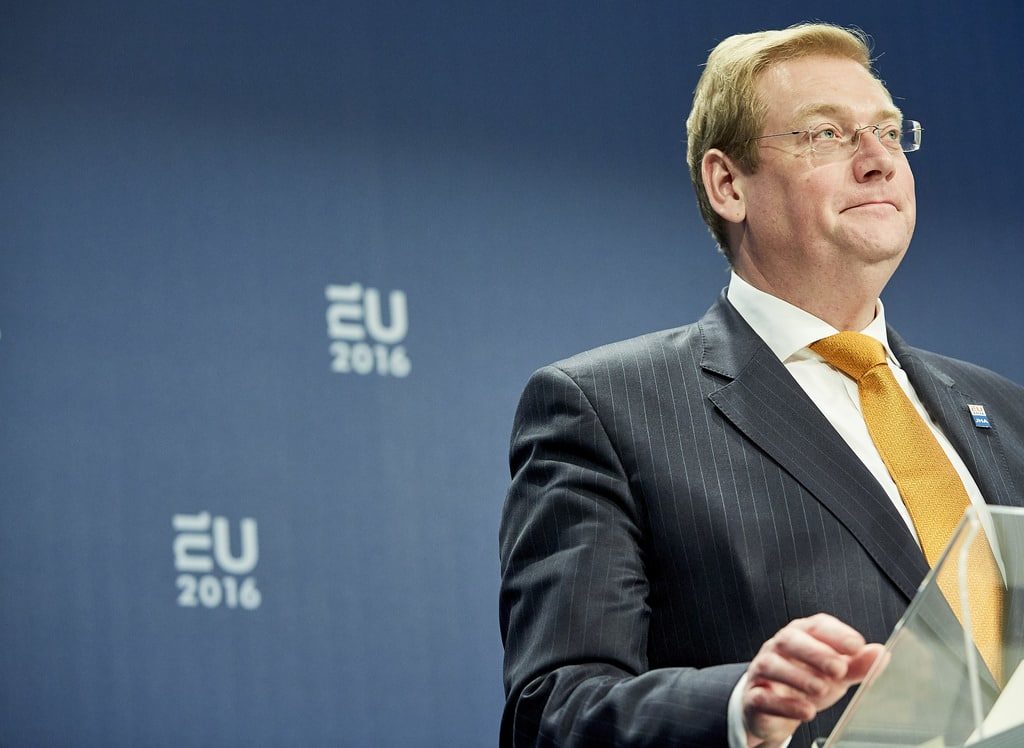 Some 8 years later the Ministry of Justice and Safety made a deal with Cees H., where he was to pay 4.7 million guilders, by all accounts a fraction of his earnings. After a Dutch TV show discovered the deal, things kicked into overdrive. Opstelten first claimed he couldn’t recall details of the deal (such as how much money the drugdealer had to pay), he later claimed there was no information at the ministry surrounding the deal. Both statements turned out to be lies. After a Dutch news show found that the receipt was still at the ministry, Opstelten resigned in disgrace. Some three resignations later and now it turns out that van der Steur, then MP, knew details about the deal that he withheld from the public back when the affaire made daily national headlines. As such the Dutch minister resigns his post, though reluctantly.

Van der Steur was also responsible for firing the professor charged with researching the MH17 disaster for barely any reason at all. He blamed the IT employees for not being able to dig up the receipt containing the details surrounding the Cees H. deal. It later turned out those same employees found the receipt, reported it, and were told to forget having ever seen it. Lastly he lied to the Dutch people on the sensitive topic of Volkert van der G, who assassinated Dutch politician Pim Fortuyn, on the issues surrounding a staged photo-op with the convicted murderer.

Now this man’s resignation might lead you innocent expats to conclude that justice has finally been served at the ministry of Justice. However the daggers launched firmly into van der Steur’s back would not have finished off his political career in and of its own. It seems far more likely his resignation is intended to relieve the opposition parties of valuable ammunition come the election in March.

After all, when you have a right wing nativist politician inspired by a certain blonde and orange world leader, it’s wise to drain the swamp ahead of time. Or at least pretend to be draining it.

Previous articleCharging your battery in Scheveningen
Next articleTrump in The Netherlands: ‘Amerikaanse toestanden’

As of 5 AM this morning, the Netherlands' hard lockdown is officially over! 🥳 Everyone's excited to get out again...