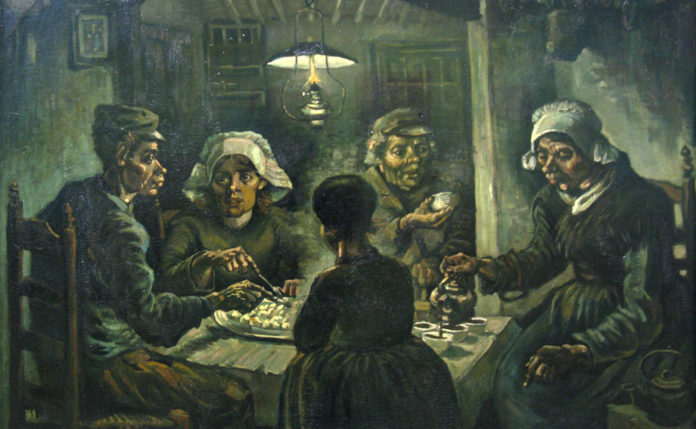 Forget Spain’s unemployment figures, Greece’s deplorable economy or even Italian style corruption. DutchReview doesn’t like to talk about it, but it’s the Dutch economy that sucks the hardest at the moment. You don’t even need decent arguments to back up such a claim when renowned news outlets like CNBC are publishing articles with the words ‘Abysmal’ and Dutch economy in the same sentence.

Okay, maybe the Dutch economy isn’t the worst one in Europe. But it’s definitely not doing as it is supposed and expected to be doing. The Dutch economy usually takes after the German one, and our big and always-friendly neighbor to the East is currently experiencing another Wirtschaftswunder. So why is the Dutch economy doing as lousy as it is?

The Dutch Housing market
Housing prices are dropping continuously, nobody succeeds in selling their house, nobody can get a mortgage from the bank to buy a house. We’re all stuck and nobody is moving.

Unemployment
Back in the 90’s the Dutch unemployment rate used to be Europe’s shiny beacon of economic prowess. The Dutch were stereotypically tolerant, our politicians classically boring and everybody held a job. When you graduated in anything the Dutch multinationals were standing by, ready to offer you a job if you could just read and write.

How different things are today, unemployment levels are now approaching that of the 1980’s and show no sign of decreasing. The upcoming influx of Eastern European workers probably doesn’t help to get those numbers down.

Politics
Oh yes, the politicians are always to blame. While the rest of Europe is slowly getting out of the aforementioned economic abyss, we are still only digging our heels in deeper. Nearly all economic specialists are calling out not to carry out new austerity measures, yet that is exactly what this government plans to do.
Need a strong government and lots of legitimacy to carry out your proposals? Our government lacks a majority in the senate.
Useful to get the budget deficit up over 3% in order to foster any economic growth? Our government has lectured other countries for years on this matter, so now we are forced to carry out the same stupendous austerity measures as other countries had to do as well because we whined so hard about it.
Do we have something that is making a profit? Lets quickly sell this profitable bank and lose billions in the process.

This sums it all up nicely, also featuring in this movie are some of the worst Dutch-English accent’s of all-time.

All in and all, tough times are still ahead for the Dutch economy and growth is not to be expected for this year. For all you expats reading this, what is still keeping you here?

Previous article
The End of Dutch Phallocracy?
Next article
What is in a name?