On the 6th of April this year around a third of the Netherland’s eligible voters came to the polls to cast their ballots. An advisory referendum on the EU association treaty with the Ukraine had not sat well with many, and 61.1% casted their ballot against the treaty, causing the near permanent smile to drop from our Prime-Minister’s face. He has now closed a Ukraine referendum deal.

Prime-Minister Mark Rutte (hereafter Smiley McSmileface) announced yesterday that he had concluded negotiations with the leaders of other EU member states. The negotiations were intended to assuage some of the concerns that led to the Dutch vote against the treaty such as military aid, extra cash money for Ukraine and visa free travel.

The agreement, readable here, contains six points that Dutch voters were (apparently) anxious about agreeing to. It is Smiley McSmileface’s hope that the agreement will go through parliament now that it has been amended. Whether the current administration can get the votes to pass it will be another matter entirely. You might not have noticed, as our elections aren’t a two year affair, but the Dutch will go to the voting booths upcoming March. It remains to be seen whether an already shifting electorate will see this as yet another betrayal by the “elite” of the people’s will.

The referendum was organised by several groups such as GeenPeil, an offshoot of the Dutch weblog GeenStijl, Forum for Democracy and Citizens Committee EU. There has been some discussion on whether or not the referendum was about the treaty with Ukraine at all. For instance one of the founders of the Citizens Committee said to NRC reporters “Of course we don’t care about the Ukraine treaty, you have to understand that. A Nexit referendum is not currently possible. As such we are taking every opportunity to pressure the relationship between the Netherlands and the EU.”

With only 32.2% showing up to vote, the potential damage caused by Smiley McSmileface to the faith the Dutch place in their democracy is up for debate. Quite a few people did not show up as a way of subverting the referendum itself. In the lead up to “democracy in action” more than a couple of newspapers posited that the vote cap required would likely not be met, which would result in the referendum being invalid. Others, myself included, felt the complex subject matter should not be subject to a simple yes or no question.

What do you think of this Ukraine referendum deal?

Previous article
From ‘Sjoemelzaad’ to ‘Seniorenpardon’: 2016’s Dutch Word of the Year
Next article
6 Reasons Why You Would Want to Visit Madurodam 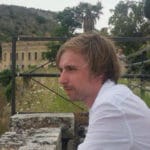 It’s a miracle: this Dutch energy company is lowering its prices in January

Consumers of one Dutch energy company will have a cadeautje (small present) this holiday season: lowered energy rates! 🎁 Unlike big...