Mitt, Mitt, Mitt. How are you doing today? By the way, I can call you ‘Mitt’, right? To be perfectly frank (hah! that was an ever so clever pun, ’cause my own name is Frank and it… oh, forget it), it hits a bad nerve with me, for reasons I can’t quite articulate. It just has that je ne sais quoi, and not in a good way. Really, to me it’s like the invisible middle fingers of your parents hovering over your head every time you introduce yourself. But never mind the formalities; Mitt you are named and Mitt we shall name you.

So, Mitt. Long time no see, eh? Actually, I don’t think we’ve actually met in real-life before, so let me just present myself here as that-guy-who-brings-bad-news-you-never-asked-for: a recent poll showed that if the Europeans were to vote on the upcoming US elections, Obama would win by a landslide. I know, right? The hell is wrong with these people? According to the poll, Obama holds a stunning 82% approval rating over here, as opposed to your measly 23%, the rest being neatly divided into people who either don’t like you (39%) or don’t care about you (38%). That has got to look bad on your resume.

At this point, you really have to look at yourself in the mirror, scratch your head and ominously whisper: “How… did it come… to this?!” (extra points if you synchronize the last word of this sentence with a lightning strike of a dramatically appropriate thunderstorm).

Now, I already pointed out how I’m just the messenger here, but even messengers are allowed to giggle a little when delivering said message, and maybe even make a few funny faces mocking the receiving end of said message when he/she/it looks away for a second. Still, I’d like you tutor you on the following: how come you suck so horribly at being European, Mitt? (still not used to the name, by the way).

Needless to say, this is a bit of a culture clash going on here. I mean, there’s a lot more than approximately three and a half thousand miles of ocean dividing Europe from the US. We look a bit differently at politics, but rest assured: we have more than enough in common for you to make a come-back, so hold on to your nut sack, put on your thinking hat and maybe things will work out for you after all!

First, me start off with a compliment and then immediately knock it down: you look good, Mitt. Clean-cut, well-constituted, just a hint of Mafioso in that haircut, and a jaw-line that could serve as a leveler. And like the song says: people are crazy about a sharp dressed man. But here in Europe, we are unfortunately fresh out of fucks to give about looks when it comes to politics. Sure, we’re just as superficial as the next country or continent, but when we see a guy like you, our first thought is “I bet that guy could advertise the fuck out of a tooth paste brand”, and none of our following thoughts are about you solving a national debt of eleven trillion dollars. Really, our nation has spent about eight years under the rule of a man so anti-charismatic, even his peers at the European Parliament called him a Harry Potter look-a-like in his face. Meanwhile, Germany is run by a cross between a toad and afterbirth, and as of now, the man running Italy is trying to out-sleazy every used car sales man you’ve seen in the movies.

So as for the looks department, it’s kind of like fishing: some guys use a fishing rod, others use dynamite (that last guy is you, Mitt. Don’t you know there are laws against that kind of thing?).

Second, you’re overtly religious. Now, there’s no upright problem with that. But the thing happens to be that most people here are tolerant towards religion the same way they are tolerant towards pooping: we honestly couldn’t care less what grown-ups do in the privacy of their own home, but as soon as you bring it up in congress, the people are going to protest. Now, there’s no honor to gain from making fun of Mormons on the Internet, because we all know that they must abstain from electronics in order to get their 144 virgins in the afterlife (that’s how Mormonism works, right? I’m not pretending to be a theologian or anything). Still, some things must be said: your team has a knack for supposedly having stuff whispered into their ear from Above, and it doesn’t always end well. Remember when Bush said that God told him to invade Iraq? Not cool, bro. Not cool. Likewise, Reagan saying that he thought we were living in the End Times? It’s kind of creepy when the man calling the shots in the country with the most powerful military on the planet thinks that nothing short of total destruction of the world is inevitable within his own life-time (hey, why even bother, right?). I never ceases to amaze me how people can worry about religious lunatics getting hold of nuclear weapons when it’s been almost seventy years since they invented the things in the first place. So consider this another major turn-off for a rather secularized Europe: lay off the God-stuff for a while and maybe we’ll let you play in our proverbial tree-house next election.

Well Mitt, this has been a nice correspondence so far, but consider this enough for the day. Work on these two points first and then we might progress into the details. Don’t be a stranger now and remember: if it ain’t Dutch, it ain’t much! 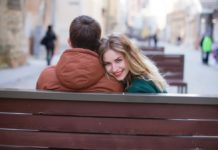 Opinion: Why you shouldn’t ‘go Dutch’ this Valentine’s Day 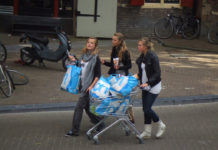