The gooier the better is the deal with this delicious caramel treat.
TOP TIP: Set it over your mug of coffee or tea to melt the caramel inside!

A real one, not one of those fancy new-age ones that look like they were made in Silicon Valley.

62Walk around in clogs

Clogs are actually a super-functional shoe. Still, we wouldn’t recommend wearing them to the nightclub.

Swap beans for strains and you’re pretty much in a hipster cafe! Just make sure you behave.

Switch it up and get something other than a Heineken. Image: ELEVATE/Pexels

If it has too much froth, you’re obligated to complain.

Once you go black, you never go back.

Ever felt like a fashion icon? Now’s your time to don a Dutch garb.

57Walk through the red-light district

And pretend not to look in the windows.

56Eat some raw beef on bread

No joke, this is a standard Dutch lunch. It’s called Filet Americain and it’s drop-dead delish.

55Or, just eat a loaf of bread for lunch

No time in the morning? Just grab that loaf of bread. No spread necessary.

We don’t know what’s in it (and probably don’t want to), but it’s bloody delicious.

53Take a boat trip through the canals of Giethoorn

It’s the closest you can get to a car-free paradise. Legit.

These letters got so popular the city of Amsterdam had to move them on – now you have to chase them around the country!

If you like disgusting, salty, black things you’ll probably love it.

50Visit somewhere other than Amsterdam

Amsterdam is not a country. Head out of the capital to get the real Netherlands.

Do so responsibly, of course. Image: Maurício Mascaro/Pexels

Hop on and take off. It’s just like riding a bike! Wait. What?

47Try out wadlopen in Friesland

It’s got a funny name and it’s an even funnier activity.

46Get your dose of culture by checking out some art

The so-called Dutch Masters – they were Dutch! Crazy, right? Lucky you we have a list of the best museums to see them in.

45Experience the life-changing magic of Uitwaaien at a Dutch beach

Step 1: go outside (beach is recommended). Step 2: Feel the wind in your air. Step 3: Your head is now cleared, congratulations!

You get bonus points for this one if you master the infamous gutter ‘g’ right off the bat.

43Check out the beaches

One thing the Dutch aren’t known for are their beaches. For a good reason? Stop by and find out 😉

42See the Tulips at Keukenhof in the Spring

They’re synonymous with the Netherlands, and there’s over 7 million of them in one place!

People having a blast on the canal in Amsterdam during Kingsday. Image: Annabiasoli/Pixabay

The colour, not the fruit, that would be weird.

40Head back in time at Zaanse Schans

39Walk with the ghosts of history at Anne Frank house

It’s sad, it’s somber, and it will force you to come face-to-face with a dark part of history, but it can’t be missed.

38Mingle with the die-hard fans at an Ajax soccer game

The Dutch bloody love their football, so head to a Ajax game and learn the joys of Links Rechts!

37Discover how a windmill works

What a marvel of construction! Besides looking super cute and iconically Dutch, windmills are super-handy. You know, before computers and electronics were a thing.

36See the “New” Netherlands in Rotterdam

More than 30,000 buildings were destroyed in Rotterdam during the German bombings in WWII. Now Rotterdam is the most modern city in the Netherlands and has heaps of crazy architecture!

35Sleep in a houseboat

And rock all night. Literally.

Forget Santa Claus and his elves, in the Netherlands it’s all about Sinterklaas and Zwarte Piet – a.k.a Black Pete, a.k.a white people in blackface. For real.

33Visit one of the outlying islands

Islands? In the Netherlands? Damn right, and they’re super pretty!

32Visit three countries in seconds at ‘Drielandenpunt’ in Vaals

One of the best things about Europe is how you can travel through a bunch of countries in a day. We’re upping the ante though, and challenging you to three countries in seconds.

31Sample all the cheese at a cheese market

All of it. No limits. Assert your dominance, look the cheesemonger in the eye, and stuff your face.

They’re tiny, fluffy, bite-size pancakes. How many can you fit into your mouth?

29Head to a fries restaurant and order ‘frietjes met‘

It’s iconically Dutch, and this dish will certainly challenge all your prior fries perceptions.

Did you know Dutch Parliament sits right on a huge pond? The Hague is an awesome day-trip for that quintessential Dutch experience ?

27Walk the streets of Rembrandt and Einstein in Leiden

Leiden is a town stuffed to the brim with history – maybe some of the talent will rub off on you!

26Rock out, bounce out or mellow out at one of the many Dutch music festivals

If they still go ahead, that is. Image: Yvette de Wit/ Unsplash

If there’s one thing young Dutchies love it’s music. Festivals are everywhere, especially in the summer, so grab a ticket, pack a tent, and get grooving as the Dutchies do.

25Buy some ‘Delft Blauw’ in the city where it all began

Delft is synonymous with Delft Blauw, one of the most iconic products to come out of the Netherlands (you know, except the spice trade and slavery)

Herring is a typical Dutch snack and is literally a raw fish. There’s even a correct way to eat it: tip your head back and let that slimy sea-creature slide down your gullet. Delicious, right?

23Jump in a kayak and paddle your way to the countryside

To truly appreciate the Netherlands’ crazy canals, rivers, and dikes, you need to get on their level — literally. Jump into a kayak and explore these crazy waterways!

22Stuff your face with pepernoten

21Toss back a gin in the place it was invented

In need of some Dutch courage? Get your drink on with some gin in Schiedam. You know, for science.

When you want to get a godly view, climb one of the many mammoth church towers and laugh at the peasants below!

Bright colours, feathers, sequins, and incredibly complex costumes – how can you resist?

17See a beautiful bookstore or library

Some are beautiful pieces of architecture to die for. Others are just ordinary buildings with books. You be the judge.

15Drink fresh mint tea out on a terrace in the sunshine

14Tell someone what’s really on your mind

13Get some Dutch colonial food – Surinamese or Indonesian is a must!

Well, the Dutch may not have been particularly nice colonists (is there even such a thing?), but the food that came back?

The name literally means hair salon, but this dish is anything but. Fries, shawarma meat, and cheese makes up this iconic Dutch-Turkish food. Best consumed when stumbling around drunk.

11Eat an apple pie. It’s not just for Americans!

Engage in the delightful afternoon tea of koffie en taart with your closest buddies.

10Head to a Brown Bar for a real ‘Gezelligheid’ feeling

A bruin cafe is wooden bar with ultra-cosy vibes. Their wooden interiors will take you back in time, and the drinks will flow freely.

The best bar food if you ask me. Image: Rudy and Peter Skitterians/ Pixabay

Treat yo’ self to the art of borrelen, and consume deep-fried snacks while chugging a beer – we’re on board!

8Eat a pancake in a forest

You’re walking in a leafy forest, the trees stretching up to form a canopied, green roof over your head. Like Hansel and Gretel, you stumble across an unlikely structure: a giant pancake restaurant. Eat the pancakes, instead of the building. Tip: Utrecht is great for this!

7Head to a Christmas Market

You don’t know what festive means until you’ve been to a European Christmas market. Tip: a steaming mug of gluhwein will warm you right up!

5Walk through the old medieval areas of cities

And hobble across the cobblestones of yesteryear past.

So flat, but so beautiful. Image: FotoRieth/Pixabay

The Earth is flat, and the Netherlands is proof. Hop on a train to see it for yourself.

3Warm up in the winter by munching on oliebollen

These delicious, raisin donut snacks will warm you right up in the middle of winter!

2Pretend to be a princess (or prince) in a Dutch castle

The Netherlands rich history means it has hundreds of spectacular castles and forts dotting the tiny land. Put on your best medieval gowns and explore these amazing structures!

How many items have you ticked off the list? What’s your favourite, and what did we miss? Let us know in the comments below!

Feature Image: Monlaw/Pixabay
Editor’s Note: This article was originally published in August 2019, and was fully updated in September 2020 for your reading pleasure. 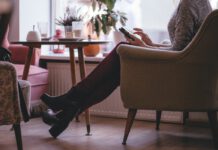 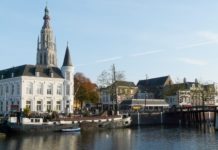 Visit Breda: A historic Dutch city with a royal pedigree 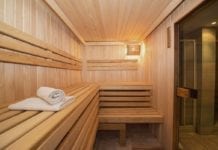